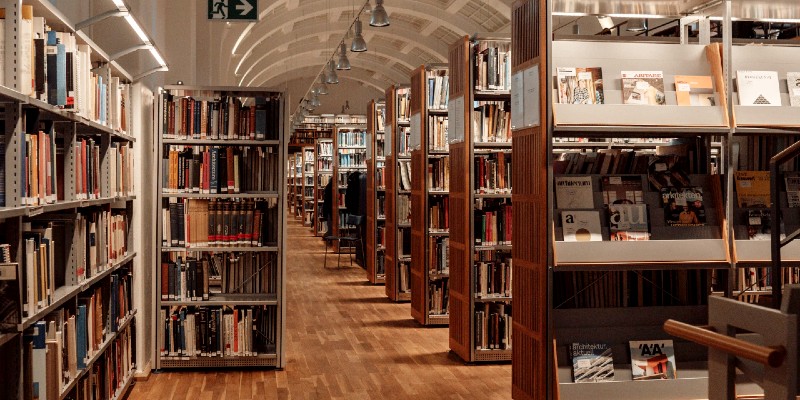 Librarians are mystery solvers with a very particular set of skills.

If you asked a group of people to name a profession that requires the following experience, talent, and skills, most would agree that “detective” fits the bill:

But there is another career that also perfectly matches this description—librarian.

In essence, librarians are often amateur detectives, even if they aren’t assisting the authorities in solving crimes. In my thirty-plus years as a professional librarian, I used all of the talents and skills listed above on a regular basis. Just imagine trying to locate an obscure book or document (from anywhere in the world) for a scholar, deciphering a confusing research request, or uncovering the answer to a thorny question that has baffled the inquirer. When you consider these common library duties, you can see how the methods often used by detectives are also the skills needed by librarians.

I think this is why so many cozy and traditional mysteries have librarian protagonists. The natural curiosity, logical mindset, drive to find answers, and love of research that leads many people into a career in librarianship is a perfect match to the personality and talents required for an amateur detective protagonist.

There are, in fact, so many mysteries featuring librarian protagonists—including my own Blue Ridge Library Mystery series and my forthcoming Hunter and Clewe Mystery series—that I couldn’t possibly list them all for this article. So, I’ve chosen eight series that exemplify the “librarian as sleuth” in diverse ways.

Librarian Lucy Richardson abandoned a prestigious job at Harvard University for new position at a unique library located in a lighthouse on the Outer Banks of North Carolina. Of course, Lucy soon finds herself embroiled in murder investigations and must use her amateur sleuthing skills to help solve both current and cold case crimes. The beach setting, a unique library location, and an eclectic and charming group of local family and friends enliven this popular series. A slow-burn romance and a library cat add to the fun. There are nine books in the series, with the tenth set to be released in June 2023.

This series also features a public library, but has two significant differences from some others on this list. First, the protagonist, Carrie Singleton is the head of programs and events at a small-town library in Connecticut, rather than a librarian. Secondly, it also includes an element of the paranormal, as Carrie solves crimes with the help of the library ghost, Evelyn. An adorable library cat, Smoky Joe, and a touch of romance round-out the books. There are currently six books published in this series.

Although this very popular series is also set in a small town in Connecticut, it is quite different, featuring a library director as the protagonist and incorporating a secondary theme—crafting. Lindsey Norris, who runs a public library in a small costal town, has help in her sleuthing from local group called the “crafternoon club,” which meets in the library. Like many others on this list, animal companions, a slow-burn romance, and an eccentric group of friends provide charm and warmth to this series, which currently includes thirteen books.

Switching from contemporary times to the past, this series represents a historical take on the librarian as sleuth. Set in Seneca Falls, New York, the six books in the series span the time period 1848-1861 and incorporate real historical events, such as the first Women’s Rights Convention, the rise of spiritualism, the anti-slavery movement, and events leading up to the U.S. Civil War.

Offering a somewhat darker take on the “librarian-as-sleuth” theme, this series stars former New York city professional turned librarian Greer Hogan. When Greer takes a job in the small town of Raven Hill, she finds herself engaged in solving murders as well as library work. Featuring a public library housed in a moody mansion, this series has a grittier take on the typical librarian-in-a-small-town theme, especially as an ongoing subplot is Greer’s search for her late husband’s murderer. There are currently two books in the series, with the third scheduled for release in February 2023.

Leaving behind the U.S., and an actual physical library, this series feature a bookmobile in Ireland. Protagonist Israel Armstrong—also one of the few male, and Jewish, protagonists in this literary category—solves crimes while driving an old mobile library along the North Antrim coast. Humor infuses this series with its own brand of quirky charm. There are four books in the series.

The Cat in the Stacks Mystery series by Miranda James

Another one of the few entries featuring a male protagonist, this series is set in a small town in Mississippi. Charlie Harris, who is somewhat older than the typical librarian amateur sleuth, is an easy-going, good-natured librarian who solves crimes accompanied by a rescued Maine coon cat named Diesel
Southern charm, friendships, and eclectic characters abound in this extremely popular series that currently includes fourteen books, with the fifteenth releasing in June 2023.

Set once again in the south (South Carolina, to be exact) the twist to this series is that the protagonist, assistant librarian Tru Beckett, manages a secret stash of books in the small-town library where she works. Unfortunately, the library has been modernized to the point that all its print materials have been replaced by computers and online services, something Tru and a few of her friends cannot accept.  They set up a secret bookroom in the library’s basement and open it to select patrons who share their love of print books. There’s a cat named Dewey Decimal, a touch of romance, and of course, murders that must be solved by this librarian sleuth. There are currently 3 books in the series.

In a change of pace, this is a series written in the vein of classic crime novels rather than cozy or traditional mysteries. Set in New York City, and highlighting the New York Public Library’s renowned 42nd Street flagship library, it features amateur sleuth, Raymond Ambler, curator of the library’s (fictional) crime fiction collection. There are three books in the series, all based in NYC. 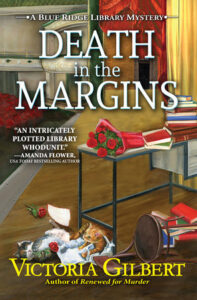 Raised in a historic small town in the shadow of the Blue Ridge Mountains, Victoria Gilbert turned her early obsession with books into a dual career as an author and librarian. She holds a B.A. in Theatre, a Masters in Library Science, and a M.A. in Liberal Studies, and has worked as a reference librarian and library director for public, museum, and academic libraries. An avid reader who appreciates good writing in all genres, Victoria has been known to read seven books in as many days. When not writing or reading, she likes to watch films, listen to music, garden, or travel. Victoria is a member of Mystery Writers of America and Sisters in Crime. She lives in North Carolina with her husband, son, and some very spoiled cats. 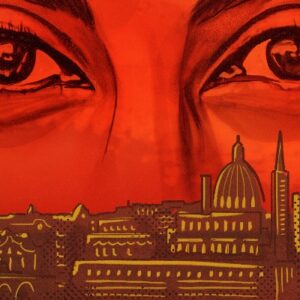 As the nights draw in and the weather gets cold and you might find yourself heading to bed early, pulling the covers over...
© LitHub
Back to top