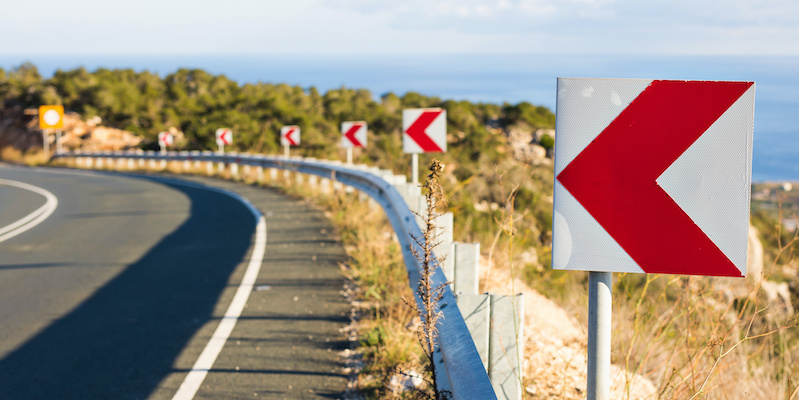 "The backbone of an effective twist is simple, elegant…and astonishingly difficult..."

Whenever I’m asked for tips about writing, the first piece of advice I give is always the same: The trick to crafting a good mystery is reading a good mystery. Any time a story surprises you, any time a twist takes your breath away or makes you rethink everything you thought you knew up to that point, you’re learning something essential about the art of building a top-notch whodunit.

I cut my teeth as a writer on books by Agatha Christie, Gillian Flynn, and Sara Shepard, authors well-versed in the art of red herrings and sleight of hand, whose novels made me itch to open my laptop. And the late, great Sue Grafton taught me you could play your hand face-out and still shock your reader with that last turn of the cards, so long as you deliver both the truth and the lies with the same sangfroid.

The backbone of an effective twist is simple, elegant…and astonishingly difficult: handing the reader every piece of the puzzle that they need, one by one, while convincing them that the picture they’re putting together is not the one they think it is. But if you love books that do this, and do it well, then I’ve got eight fantastic thriller recommendations just for you. And if you’re looking for one more recommendation, my newest book is Blood in the Water, a thriller loosely based on the popular mystery games from Hunt A Killer. 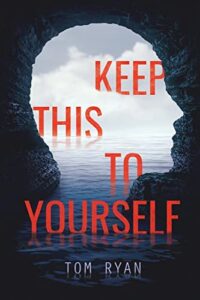 Keep This to Yourself, by Tom Ryan

One year ago, a serial killer struck the small, coastal town of Camera Cove, claiming four lives before vanishing again. As far anyone knows, he’s still out there…and no one is more affected than eighteen-year-old Mac Bell, whose best friend Connor was the final victim. But when Mac discovers a cryptic message that Connor left him shortly before his death, he begins to question every official theory about the motives and identity of the so-called Catalog Killer. As this small-town mystery takes shape, you’ll be riveted, and you’ll second-guess every single character’s intentions—right up to a humdinger of an ending that I’m not at all ashamed to admit I never saw coming. 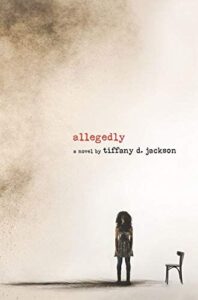 When she was nine, Mary Addison killed a little girl—allegedly. She never told her side of the story, however; and now, some years later and living in a group home for troubled youth, she finally has a reason to clear her name. Mary’s jaded cleverness makes her an enthralling protagonist, and the perils she confronts in her increasingly hostile environment fill the pages with a mounting tension. A refreshing take on the Unreliable Narrator, Mary’s account of the crime at the heart of this story comes together in a roundabout way, building to a gasp-worthy conclusion that will leave the reader breathless. 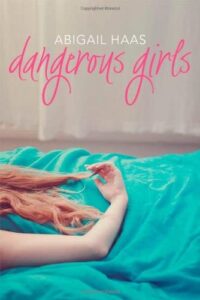 A group of teenagers on spring break in the Caribbean; a grisly murder; and a girl who stands accused, swiftly becoming the worst kind of media celebrity. This snatched-from-the-headlines thriller employs an ingenious, non-linear narrative that creates a gathering sense of dread as the facts unfold. The piecemeal revelations and shifting chronology result in numerous shocking twists…which are then immediately called into question by steps back or forward in time, lending yet another perspective on what you thought to be true. By the end, you won’t know who or what to believe, but you’ll be hooked. 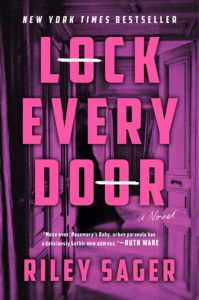 Lock Every Door, by Riley Sager

Jules Larsen has nothing: no family, no job, and no place to live…until she finds an ad for a house-sitter at the Bartholomew, a glamorous apartment high-rise in Manhattan. At first, she believes it’s the answer to all her prayers; but after moving in, she realizes that nothing about her new luxury address is as it seems. Things go bump in the night, people disappear, and disturbing facts—about both the building and its residents—gradually come to light, leaving Jules afraid for her life and unsure who to trust. A Millennial take on Rosemary’s Baby, this book manages the incomparable feat of pulling the tablecloth out from under the tablecloth. 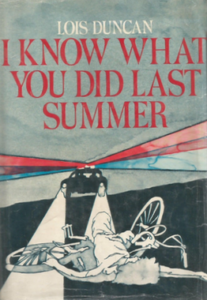 I Know What You Did Last Summer, by Lois Duncan

Originally published in 1973, this classic thriller bears only surface similarities to the 1997 horror movie of the same name; but its clever premise and careful execution represent the best of Duncan’s legendary work. Four teenagers, a lonely mountain road, a tragic accident with no witnesses—and a pact to stay silent; now, one year after that deadly hit-and-run, their friendships torn apart by guilt, an unsigned note arrives for one of them in the mail: I know what you did last summer. What ensues is a master class in suspense.

I probably read this book for the first time in eighth grade, and couldn’t sleep until I finished it…and then I couldn’t sleep anyway, because I was too mind-blown over the shocking twist at the end. Five decades later, some aspects of the story are certainly dated, but it still packs an effective wallop.

And Then There Were None, by Agatha Christie

The Gold Standard of whodunits by the Grande Dame of mysteries herself. I mean, what else is there to say? Ten strangers are invited to weekend on an isolated and rocky islet off England’s southern coast, by a host none of them actually know, and find themselves the subjects of a diabolical exercise in vigilante justice. When they begin to die, one after the other, things are terrifying enough; but it’s when they realize that they are truly alone out there—that the killer must be one of the ten of them—that this novel, by turns macabre and whimsical, becomes truly legendary. 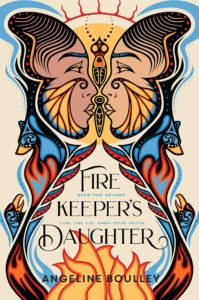 Daunis Fontaine navigates a complex identity in the international border town of Sault Ste. Marie, Michigan. Her mother is white, and her father was Ojibwe; but as an unenrolled tribal member, she feels disconnected from her Anishinaabe heritage, while grappling with microaggressions from the non-Native side of her family. When she witnesses a devastating murder, she’s drawn into the Federal investigation of a drug network that seems to be anchored on Sugar Island—home to the Sault’s Ojibwe community. Soon, she’s forced to question everything she thought she knew, and everyone she believed she could trust. A powerful and impactful story, it touches on numerous critical social issues, and lands an unpredictable punch of an ending. 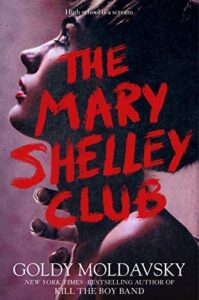 The survivor of a terrifying home invasion, Rachel Chavez is haunted by the ghosts of her past when she transfers to an elite Manhattan prep school, a scholarship student in the world of the uber-privileged. But she finds her people in the Mary Shelley Club: a secret society of horror-obsessed students who challenge each other to stage “fear tests”—increasingly risky pranks meant to frighten their classmates. When things take a dark turn, and one of their stunts results in the death of innocent party, Rachel realizes that she’s in way over her head…and that someone in the club may be out for very real blood. Rife with humor, self-awareness, and genuine scares, this leads to a final reveal you won’t forget. 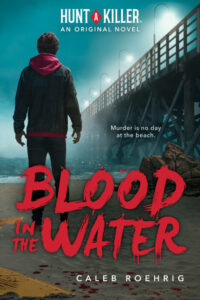 Caleb Roehrig's debut YA thriller, Last Seen Leaving, was called one of the Best YA Novels of 2016 by Buzzfeed.com. Caleb lives with his husband in Los Angeles. His latest novel, Blood in the Water, is now available from Scholastic Books. 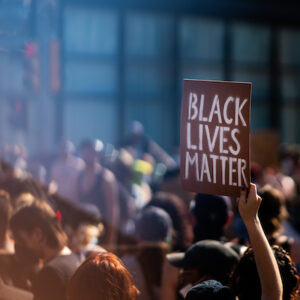 Blackwater Falls is a book I wrote during the pandemic. It was inspired by the killing of George Floyd on May 25, 2020, and by the wave...
© LitHub
Back to top