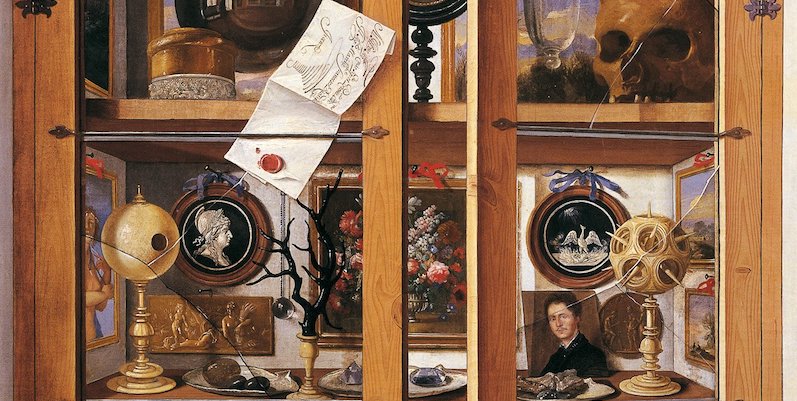 In which museums, libraries, rare books, and lost treasures abound...

You walk down a narrow hall, aware that you are being watched by the glass eyes of exotic mammals. You squint in dim light at faded gowns pinned to headless mannequins. You detach a suitcase from the cobwebs in an attic corner and open it to find bundles of old postage stamps from countries that no longer exist. Collections, however personally, aesthetically, or historically valuable, have the potential to make the hairs on the back of the neck rise. As for collectors, the same curiosity, knowledge, and dedication that inspires the best of them can become the obsessiveness, arrogance, and unscrupulousness that corrupts the worst. The nine great mysteries included here draw power and plot from the secrets collections can hold, from the simply eerie to the downright sinister. 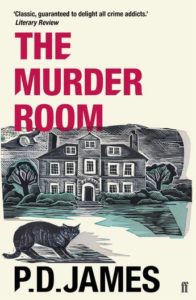 The Murder Room by P.D. James

Commander Adam Dalgleish is called in to investigate the murder of Neville Dupayne, one of three sibling owners of a small museum in London. Dupayne wanted to close the museum, and it appears that whoever killed him wanted it to stay open. As she does in all her novels, P.D. James brings readers deep into the minds of her characters. In this book, it feels as if the museum itself, and the room of murder memorabilia that is its malevolent heart, is one of the suspects. 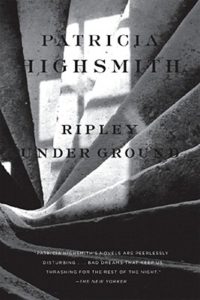 Ripley Under Ground by Patricia Highsmith

In this sequel to The Talented Mr. Ripley, we find a more complacent Tom Ripley enjoying a life of wealth, ease, and art forgery in France. But Tom has underestimated the tenacity of a collector who suspects he is being duped. Facing the prospect of exposure, Tom is forced to return to his murderous ways to eliminate the threat. It is a wicked delight to follow a master of impersonation as he navigates a world of art collectors obsessed with authenticity. 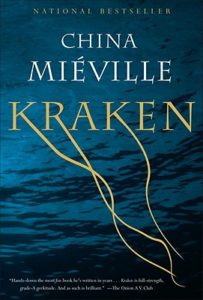 A preserved giant squid goes missing from a London museum in a world that at first resembles our own. But as the curator responsible for the specimen searches for it within a community of collectors and criminals, the city becomes ever weirder, scarier, and more apocalyptic. 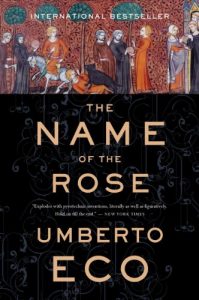 The Name of the Rose by Umberto Eco

A library in a labyrinth sits at the center of this mystery, set in a 14th-century Italian monastery. The books are guarded by a blind librarian whose permission is required before any volume may be removed. From the library itself to the series of gruesome murders that occur around it, this is a story full of puzzles the answers to which lead ever deeper into the text. 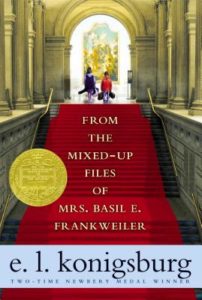 From the Mixed Up Files of Mrs. Basil E. Frankweiler by E.L. Konigsburg

This book may have been written for young readers, but it is a pleasure to revisit as an adult. Sister and brother Claudia and Jamie Kinkaid run away from home and live secretly in the Metropolitan Museum of Art. It is a fantasy that will make you wonder which room in a museum you would choose as your own, and what clever strategies you might use to make yourself comfortable without getting caught. As the story progresses, its mystery comes to the fore as the children trace the secret of a statue to the private collection of a wealthy recluse. 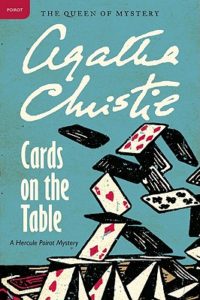 Cards on the Table by Agatha Christie

Mr. Shaitana is a collector of rare objects and suspected murderers, four of whom he asks to join him one evening for dinner and bridge. He also invites four sleuths, one of whom is Hercule Poirot. Unsurprisingly, Mr. Shaitana is dead by the end of the night, and it is up to Poirot and his three companion investigators to discover the identity of the murderer. This Christie puzzle features Mrs. Oliver, a writer of mystery novels who always brings a sparkle of humor and insight to the stories in which she appears. 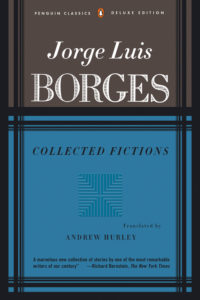 “The Encounter” by Jorge Luis Borges

Many of Borges’ stories evoke collections through the rare books, libraries, and lost treasures that appear in them, but this tale takes place around a specific display. It is a story of two men who inexplicably decide to kill each other after visiting the collection of a mutual friend. To say more would spoil it, but The Encounter will give you more to think about the next time you go to a museum. 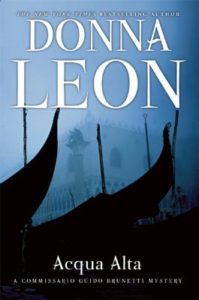 In this rain-soaked mystery set in Venice, Inspector Brunetti investigates the beating of a renowned art historian. A favorite installment among fans of the series, this book conveys its readers along the canals of Venice, into its palaces, markets, and museums as the city is battered by the torrential winter rains known as the acqua alta. 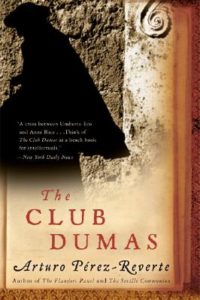 The Club Dumas by Arturo Pérez-Reverte

Corso, a book dealer who thinks he knows the collecting world, is asked to find the three remaining copies of a book containing a spell that will summon the Devil, and to determine which of the three is authentic. As Corso is forced to acknowledge his own ignorance, he also becomes aware that he is not the only one searching for the satanic volumes. Characters from The Three Musketeers haunt this tale of obsession, magic, and murder. It is a book about the devils we make, and the consequences of making them. 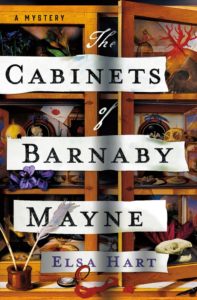 Elsa Hart is the author of several acclaimed mystery novels set in eighteenth-century China, including City of Ink, one of Publishers Weekly’s Best Books of 2018. She was born in Rome, but her earliest memories are of Moscow, where her family lived until 1991. Since then she has lived in the Czech Republic, the U.S.A., and China. She earned a B.A. from Swarthmore College and a J.D. from Washington University in St. Louis School of Law.

Small Town Mysteries From the US, Canada and Australia 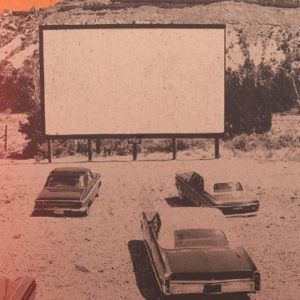 It’s hard to know you’re “living” a true crime story when you’re in the middle of it. It might just seem like this...
© LitHub
Back to top