Kim Powers' life has been spent writing about crime. But the suspicions about his own mother's death were kept secret.

It’s hard to know you’re “living” a true crime story when you’re in the middle of it. It might just seem like this is your childhood: it’s yours, you know it’s weird, but is it that weird? All childhoods are weird, especially when you read a lot and are obsessed with serial killers. That was me at eight years old when my mother suddenly died, and various relatives (my older brother and my aunt among them) suspected that my father had killed her. They just didn’t tell me until years later.

Given that, it’s telling that I’ve grown up to make my living as a true crime writer. I’m the senior writer for ABC’s 20/20, and featuring true crime stories has become our lifeblood. Murder and mystery, most often climaxing in a big courtroom drama. For the last few years, we’ve taken documentary-like deep dives into the big “all-star” murders (Manson, the Menendez Brothers, Robert Blake, the BTK killer, the Mommy Dead and Dearest case), as well as lesser known but no less juicy cases—so many they “bleed” from one to the next, and I can’t keep track. Was that the antifreeze or the cyanide one? No, that was the insurance fraud. I thought that was the shipboard murder. The couple tied up? No, remember—that’s the one where he got his penis cut off! Just another day at the office.    .

That is, until the Martin MacNeill murder. I would never forget that one because the very same thing had seemingly happened in my own family. MacNeill was a Utah doctor and father who killed his wife so he could be with his new girlfriend, the memorably named “Gypsy.” (How I remember us snickering at her name, while at the same time I was having the worst flashback of my life.) The not-so-good Dr. MacNeill was having a midlife crisis. He was starting to work out and improve his appearance, and he wanted his wife, Michelle, to do the same, only with plastic surgery. Begrudgingly, she did, and Martin began feeding her a lot of “pain medicine.” Michelle got suspicious and told her college-aged daughters, “If anything happens to me, your father did it.” Next thing you know, something did happen: she “accidentally” drowned in the bathtub, and MacNeill forced a quick burial with no autopsy. Before she’s barely in her grave, Gypsy, the new “babysitter,” shows up. But instead of going home at night, she goes up to Daddy’s bedroom to babysit him too. Soon, they’re married.

The plot twists were eerily similar to those of my childhood, although it took decades to recognize they were actually “clues.” My mother had called my older brother, who was away at college, just weeks before her death, to tell him she was leaving our father, that “something was going on.” My father wouldn’t agree to an autopsy, and the very last name in my mother’s funeral register was my new babysitter’s/stepmother’s, as if she had quickly scribbled it in just before the coffin was shut. (Gypsy also showed up uninvited to the “late Mrs. MacNeill’s” funeral.) Amidst the whispers, Martin MacNeill and my father both got remarried only months after their wives’ deaths. (Unlike in the Gypsy story, however, I eventually came to love my stepmother.) MacNeill was ultimately found guilty of murder and sent to prison, where he killed himself. Gypsy was never charged. My father never went before judge and jury either; I just judged him in silence.

Normally I’m the class clown during our weekly show screenings at 20/20 in an attempt to alleviate the grimness, but I was unusually silent for the screening of the show we titled “The Perfect Nanny.” I openly share a lot—TMI, some would say—but could I share this? It was the final dirty little secret in my family. My dad had his problems, but was he really a cold-blooded, calculating killer? It had never been proven (or even explored, really), and the competing theory that my mother killed herself was equally plausible.

At seven and eight years old I was already obsessed with and terrified of murder and “true crime” (even though it wasn’t yet called that). My 1960s cinema diet consisted of movies like In Cold Blood; The Psychopath; Die, Die My Darling, and Picture Mommy Dead. A neighbor down the street, the mother of one of my best friends, had once been held captive by an escaped convict; I begged her to tell me the story of her “five hours in hell” over and over again. After hearing the story of Richard Speck and the eight student nurses he killed, I started practicing how quickly I could roll under my bed the way one of the nurses did to save her life. With the ghosts of the Clutters from In Cold Blood in my head, I refused to visit an aunt who lived out in the country (near the cemetery where my mother was buried, by the way). When my older brother had to spend time in Dallas’s Parkland Memorial Hospital, I wandered the halls trying to find out where they had operated on President Kennedy.

So, writing true crime now? Turning my family story into a novel about my mother’s mysterious death? You could say it’s the job I’ve been preparing for all my life. 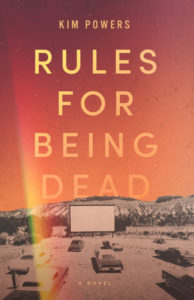 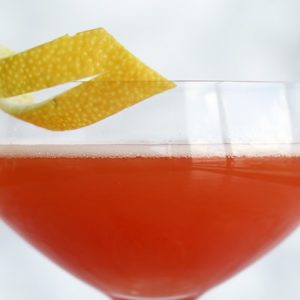 Nothing says summer like a great mystery to read, and a fabulous cocktail to sip while doing so. Even if you can’t get to the beach,...
© LitHub
Back to top