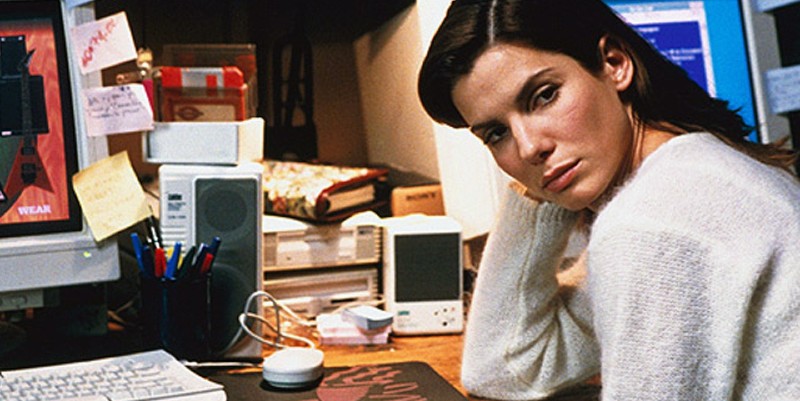 The internet used to come in the mail.

You’d get those AOL sample CDs, load them on your bulky desktop, wait for your sister to get off the phone, suffer an endless stream of scree-oops and static, and boom, twenty minutes later, you were connected: a world of GeoCities and LiveJournals at your fingertips.

Being a teenage girl online in the 90s and early 00s was wild. We had embarrassing screennames and bedazzled profiles with cheesy inspirational quotes, most likely surrounded by a collection of stars and swoopy digital symbols. We organized our buddy lists into meticulous friend groups—a hierarchy determined by who we were speaking to the most that week—and we did all of this while sporting blue eyeshadow and butterfly clips like it was our job.

Trends are cyclical, of course, so I’m not about to bash my questionable fashion choices, but as I stroll through the Target racks desperately searching for a shirt that’s not skin tight or cropped for my eight-year-old daughter, I can’t help but wonder if things have really changed that much since we said goodbye to chatrooms and dial-up. We livestream our outings and post food photos instead of angsty away messages, but the underbelly that made social media what it is today is still alive and well. Catfishing. Bullying. External pressures to conform to archaic beauty standards.

I’d argue that the era of As Ifs and What’s Your Favorite Scary Movies never ended.

From reboots to revivals of sitcoms to the resurgence of boybands, it seems like we just…couldn’t let go. And sure, every generation wraps the past in a golden film of happiness, but there’s something different about 90s nostalgia—an edginess missing from the doo-wops of yore—and as I started writing Chloe Cates Is Missing, I asked myself how I could use that edge to explore the very real fears we have about social media today. Why does this neon-colored flashback create the perfect background for an of-the-moment thriller?

Part of it is undoubtedly the charm. We remember what relationships were like before friend requests and poking wars, when origami notes were a necessary life skill and going to the mall elicited an excitement that rivals taking a selfie with Chris Hemsworth. Unchaperoned, by the way, since—as many of my characters point out—this was also a time when we went out with our friends and weren’t expected home until the streetlights came on.

We also saw firsthand how addicting it could be to be connected. I lost count of how many hours I spent IMing (which feels totally wrong to type; when did DM become the norm?) when I was supposed to be sleeping. Being online opened many doors. Not all of them were good.

I was raised in a pop culture environment that built the Mean Girl. Not that there haven’t always been mean girls—I’m looking at you, infamous locker scene in Carrie—but this particular brand of MG outlasted them all: beautiful. Shallow. Popular. Rich. Thin. Sweet to people’s faces but cruel behind their backs, especially her Weird Girl counterpart/mortal enemy (who miraculously became Hot Girl™ when she took off her glasses or slapped on some lip gloss, but that’s a discussion for another day). For years, I thought having a choreographed dance-off was an actual thing that happened at prom. Don’t roll your eyes at me; like I said, the 90s were wild. In a less cinematic sense, she was the one spreading rumors about you to everyone in her buddy list. Taking embarrassing pictures of you on her flip phone and circulating them around school. I’m glad we didn’t have smart phones. Or Twitter.

Unfortunately for my characters, this is not the case.

Chloe Cates Is Missing focuses on an Insta-famous family and the search for their missing daughter. Jennifer, Chloe’s mother and momager extraordinaire, is a product of this 90s-era edge: shaped by the mean girl mentality and driven by her need to have likes and be liked. Chloe, on the other hand, doesn’t struggle with popularity, at least not online. She’s never known a world that existed outside of social media, but she daydreams about what her life would be like if she weren’t under the public spotlight.

Her carefully curated image is a sensational success, and Jennifer is determined to keep it that way.

And the truth is, even if I loathe her character and the choices she makes, I kind of understand the urge.

Even as I write this, I take mini breaks, aimlessly double-tapping cute pictures of dogs and snowy landscapes (and probably a gif or two of Jensen Ackles; I’m only human). It’s so ridiculously easy to get lost in the scroll, to feel like we know the person on the other side of the screen and deserve the inside scoop, and that’s the scary part. I love social media. And I hate social media. I want to share the things that make me happy, but I also want to throw my phone into the garbage when I read through some of the truly astounding comments people are capable of spewing.

We don’t need Instagram, but shut it down for three hours and watch the collective digital community go into apocalypse mode. What are we supposed to do to have actual conversations, call each other? Sure, let me just load Dawson’s Creek on Netflix while I dig out my landline from the box of artifacts I keep in the basement.

This gray area presents a breeding ground of genre-loving fear. Am I sharing too much? Am I obsessed? Is it even possible to set appropriate boundaries in a time when it’s stranger to not have a social footprint than have nine different handles and color-coded apps?

The answers may get lost in the hashtags, but what a way to go. 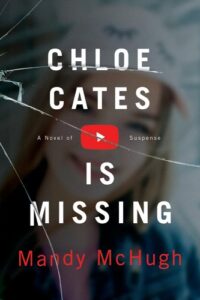 Mandy McHugh is a first-time novelist from Troy, NY. She holds an MA in English from the College of Saint Rose and a BA in English Education from Le Moyne College. Her works have appeared in various literary magazines and podcasts, and she lives in upstate NY (where the novel is set) with her husband, two kids, and dog. 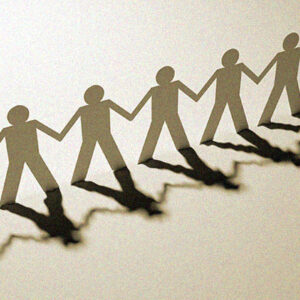 Everyone loves an underdog—an outcast who must fight to belong to a friendship group. But what happens when this takes...
© LitHub
Back to top