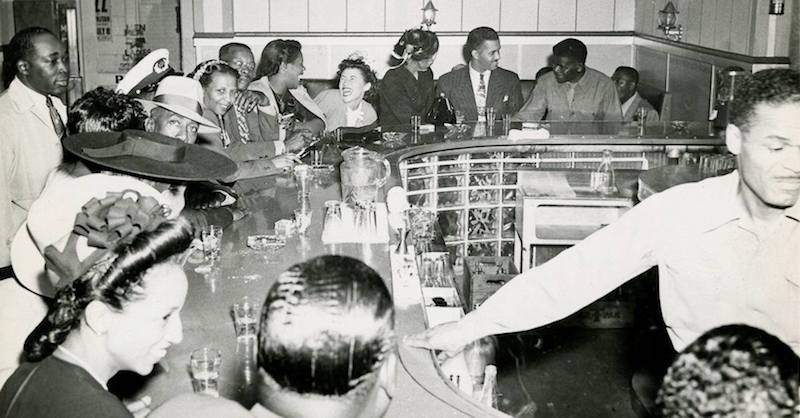 How new music, new drugs, and new communities sprang up in the legal gray zone known as the 'after-hours club.'

I cannot say I have forgotten the city, but I let the memory of it sleep. Of course, it was always there, as it always will be, hanging in the mind like the mirage which travelers so often see.

The after-hours clubs’ predecessors included the saloon, beer garden, shebeen, speakeasy, bar, nightclub, and lounge, and each era brought a new intoxicant to be devoured on their premises. One year it’s beer, another year it’s tincture of laudanum (an opium derivative), at other times heroin, whiskey, or cocaine. Illegal substances are nothing more than a historical accident. At one point certain drugs are legal, and in another period they are not. The purpose of the after-hours clubs is to extend nightlife’s possibilities by offering various forms of recreational drug use, sexual adventure, and gambling, all in a somewhat safe social setting. Society is often given the impression that drug users and others who participate in the drug business are only there to get high. In fact, the clubs play a much larger role of facilitating a way of “talking back,” a way of controlling the rage and anger many in this country feel.

In her brilliant account Spectacular Wickedness: Sex, Race, and Memory in Storyville, New Orleans, Emily Epstein Landau points out the roles that sex, race, and memory play in that city. Musicians, prostitutes, pimps, madams, and drug takers have all been part of the scene over the generations and across the city. She writes how the beer gardens, saloons, honky-tonks, and other early jook joints, including the late-night locales found in Storyville, were places that offered a respite for recreational drug use, dance, music, and sexual promiscuity. The sociologist Richard Ocejo’s sterling book Upscaling Downtown: From Bowery Saloons to Cocktail Bars in New York City (2014) highlights nightlife on the Lower East Side of Manhattan. It complements Landau’s study and my own in that it shows how bars and places like Le Boogie Woogie in the 1980s and in Murphy’s in the 2010s have evolved.

After-hours clubs and their relationship to a life of music and drugs have historical roots dating back to the late 1880s. Cocaine use in these places are part of a tradition reaching back to New Orleans, where proto–jazz musicians, sailors, prostitutes, businessmen, and assorted others partied all night in a place called Storyville. It was a scene that defied authority and resisted the moral and social order of the day. Ragtime, the predecessor to jazz, started in the 1800s in a New Orleans brothel. The town had a great number of ragtime musicians who found that the brothels and other jook joints were the few places they could play their music and be accepted. These were also some of the few places they could earn a steady income for their artistry because racial discrimination at the time prevented many “colored” musicians from working in the white clubs, taverns, and other establishments where a decent wage was offered.

After-hours clubs and their relationship to a life of music and drugs have historical roots dating back to the late 1880s.

In 1897, Sidney Story, a New Orleans politician, made history by complying with the wishes of a large portion of the population in creating a legitimate red-light district. Through this legislative action, “Storyville” was born. Ten blocks long, it contained thirty-five brothels and 2,200 prostitutes. The houses included a potpourri of crib joints, gambling parlors, cabarets, cafés, opium dens, honky-tonks, and dance schools. Storyville’s main source of entertainment was sex and music. Brothel owners, some of whom paid thousands of dollars to own a house within its boundaries, hired musicians when they came into the city. In exchange for performing, many could live at the brothels, get free liquor and food, and earn a few dollars. The musicians, in turn, had to play for hours on end. They could play any tune they wished, as long as they did not stop. They could also improvise as much as they pleased. They often played “double”: during the day they would play six to eight hours, then play in brothels at night until early morning. The musicians would often chew calabash to help keep them going during these long musical stretches; cocaine was then sold in pill boxes by bootblacks on street corners and could be legally purchased. Piano players were the most sought-after musicians for this kind of work because the piano could be played quietly during the early morning hours, although other instruments were also used. It has been said that jazz music and its originators, including Buddy Bolden, Louis Armstrong, King Oliver, Freddie Keppard, and hundreds of other musicians, started in Storyville.

The red-light district became synonymous with ragtime. “Rag” derives from playing “ragged,” that is, music in which the beats are syncopated, not played exactly in 4/4 lockstep. Ragtime and, later, jazz became part of a “street” lifestyle, and “street,” in those days, meant to be lowlife and was associated with whores, pimps, con men, and other drifters. New Orleans became the haven for these itinerant types, which included steamboat workers, gamblers, hustlers, and a mixture of Italians, French, Germans, Spanish, Indians, and Blacks, all of whom made New Orleans a choice place for diverse ethnicities. Musicians found in the brothel a home for their music. A rapport developed between the musicians, who used the brothel as a place to improvise and create new works, and the audience, who respected the musicians’ skill. The brothels employed musicians to enliven and cheer the patrons, and so the marriage was consummated.

For more than a thousand years, the leaves of Erythroxylon coca have been eaten, chewed, and smoked by the various Indian peoples of Peru, Bolivia, Chile, Colombia, and other South American countries. Coca has had many functions, including increasing the workrate of laborers and as a consumable in ceremonies and for recreation. The evergreen plant supports the general physical and psychological well-being of its users. When various European adventurers brought the coca plant back to Europe to demonstrate its euphoric and “magical” effects, it proved useless. The plant’s properties had diminished during the long voyage back. But successive trips to South American countries by other Europeans (Tschudi, Markham, Poeppig) led to a successful isolation of the active principles in coca.

Albert Neimann, a German scientist, isolated cocaine in 1860, and Europeans became genuinely interested in its medicinal properties. Sigmund Freud was one of the first to describe the effects of the drug on humans. His early writings and assumptions about cocaine as a cure for morphine addiction were condemned by many colleagues. Albrecht Erlenmeyer accused Freud of advocating a dangerous habit-forming drug. It is likely that the use of cocaine by North Americans began after their interest was stirred by Europeans.A medical doctor writing in the Detroit Therapeutic Gazette recommended coca to patients as a cure for opium addiction.

Cocaine is a derivative of coca and therefore not the same. Cocaine is only one of thirteen different alkaloids present in the coca leaf, and to extract cocaine from that leaf several precursor chemicals are required, including benzene, potassium permanganate, and ethyl ketone. Although its use as a treatment for opioid addiction failed, by 1887 commercial products containing coca or cocaine mixtures proliferated. In 1886, John Pembleton, an Atlanta pharmacist, developed a beverage made of kola nut extract and cocaine he called “Coca-Cola.” The popularity of Coca-Cola and other such mixtures grew enormously after 1892, when Asa Griggs Candler purchased the patent rights for the cocaine cola drink and sold it in drug stores. In addition to Coca-Cola, sixty-nine other cocaine-cola drinks were being manufactured at that time. Some of the other cola-cocaine beverages were “Koca Nola,” “Kola-ade,” “Kos-nola,” and “Wise-ola.” Before 1914, cocaine was legally prescribed by doctors and sold in alcohol, cigarettes, elixirs, medicines, tonics, cordials, and tablets.

As early as 1898, writers and medical doctors began associating cocaine use with Blacks. W. Scheppegrell’s article on the “Abuse and Dangers of Cocaine” in 1898 casually mentioned how bootblacks and newsboys were selling cocaine for ten cents a sniff and larger amounts for twenty-five cents, which amounted to a full day’s supply of cocaine. The larger amounts were sold in paper pill boxes. Although cocaine was used by most everybody at that time, at the turn of the century racial myths circulated about “cocainized Blacks” who were part of a crime wave that included a high number of rapes of white women. One article mentioned how Blacks who ingested cocaine could not be harmed if shot by small-caliber bullets. As a result, local law-enforcement agencies were equipped with larger-caliber guns. These myths understandably generated a strong reaction against cocaine use and became yet another element of the general race prejudice against Blacks. The patent-medicine industry suffered as a result of the widespread but misleading evidence about cocaine because it was the producer of many of the drug’s products—not to mention the promoter of cocaine’s wonder-drug status.

The 1914 Harrison Act restricted the distribution of cocaine, and forty-six states initiated some form of legislation restricting its use. After these legal restrictions forced cocaine underground, only those who were privileged could order it legally through their doctors. The Harrison Act was the first federal law to prohibit the dispensation of cocaine and other dangerous substances by persons without a license and/or a demonstrated medical reason. A two-thousand-dollar fine and five-year prison sentence were handed out to those convicted. The Harrison Act was amended in 1919 to make for more stringent control of both opium and cocaine. By 1922, cocaine was classified as a narcotic drug, though it technically is a stimulant. The ban on the importation of cocaine and coca leaves was imposed under an amended, stricter version of the Narcotic Drugs Importation Act, which was also passed in 1914.

These legislative restrictions made cocaine an expensive yet much-desired drug, and in the underground honky-tonks, speakeasies, after-hours joints, and cafés, it became associated and defined as a status “high” mainly because of its illegality and the myths surrounding it. The wealthy upper classes and the low-paid artists, musicians, and experimental poet/writers of the 1920s all found cocaine available, delightful, and a symbol of their lifestyles. The Depression quieted cocaine use somewhat, but in the late 1940s and 1950s the spirit and enthusiasm for cocaine reemerged. Once again, some of the first places cocaine was seen were the speakeasies and after-hours clubs. 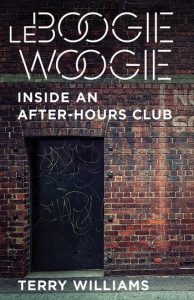 Terry Williams is a professor in the Department of Sociology at the New School for Social Research. He is the author or coauthor of many books, including, most recently, Le Boogie Woogie: Inside an After-Hours Club (Columbia 2020). 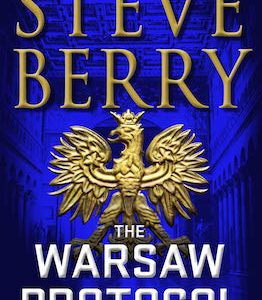 Cotton fled the smoky chapel through the side door and entered a small anteroom. Ecclesiastical robes hung on a rack, which...
© LitHub
Back to top