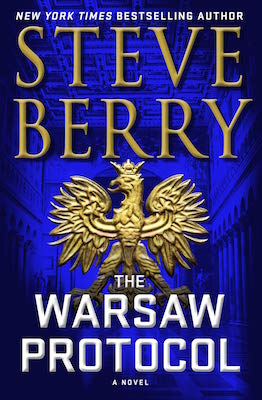 The following is an exclusive excerpt from The Warsaw Protocol, by Steve Berry. Former Justice Department agent Cotton Malone is back in a new thriller—this time, to track down a series of holy objects that have begun to disappear from their holding places throughout Europe, as part of a deadly blackmail plot aimed at the President of Poland.

Cotton fled the smoky chapel through the side door and entered a small anteroom. Ecclesiastical robes hung on a rack, which meant this was where the priests dressed before mass. He’d been an altar boy himself until age thirteen, when all of his questions surfaced. Catholicism was really good at explaining what, but not so much on why. Teenagers were full of questions, and when the answers never came he decided that being Catholic was not for him. So he drifted away. Now, when asked about religion, he always said he was born Catholic but not much of a practitioner. Maybe that explained why he’d jumped into the middle of this mess.

Did he owe the church one?

Not necessarily, but he’d jumped in anyway.

He fled the anteroom into a short hall that ended at another stair- case down. This one was nothing like the elaborate main entrance that the crowd had poured toward when the commotion started. Just narrow wooden risers here. He pounded down, found a door that opened outside, and squinted in the afternoon sunlight. A sea of people filled the square that stretched out before the old city hall. Scared tourists from the upper chapel clung together in a nervous knot. His eyes raked the crowd, searching for signs of the Three Amigos. He spotted them at the far end of the cobbles, about to turn a corner and disappear. The reliquary was not in sight, most likely inside one of the backpacks.

Bruges was a Gothic gem, its egg-shaped historic center light on cars, heavy on people and bicycles. A ring road kept traffic away, but a series of canals crisscrossed the city and gave the place its nickname. Venice of the North. It was Belgium’s number one tourist attraction, with a broad tangle of crooked streets lined with colorful guild houses. The old marketplace once hosted trade fairs, medieval jousts, even executions. Many of the multistory polychrome façades remained. Block after block, in fact, formed a living museum that had earned the distinction of a World Heritage Site designation.

His record with those was not good.

Not that he intentionally tried to wreak havoc. But crap just happened.

He took off after the Amigos and turned the same corner. They were nearly a hundred yards ahead, moving between two more rows of gabled houses. Believing they’d escaped they seemed less panicky, more casual. He decided to close the gap and started to run. There weren’t many people on this side street, because it led away from the main attractions, toward the outer ring road.

He managed to close the distance to fifty yards.

One of the Amigos caught sight of his pursuit. The guy grabbed the other two and let then know their escape had been noticed.

They broke into a run. Great.

The street ended at one of the arched bridges, which meant there was a canal coming up. The Amigos made it to the other side and vanished to the right. Cotton bolted into a faster pace and saw that they’d de- scended a set of stone steps to a quay where a boat waited. The three thieves hopped in and sped off, passing under the bridge beneath him and disappearing out the other side.

Two of the Amigos tossed him a casual wave.

On his side of the canal he spotted one of the many open-topped boats with twenty empty seats, waiting for another group of tourists to buy tickets and make their way down for a water tour. A line had formed at the booth, the sales not yet started. He shouldered his way to its head, then kept going. The attendant inside the booth called out. He ignored the command to stop and hustled down clammy stone steps that smelled of mold. A man waited at the bottom, most likely the tour boat’s operator, who reacted to the unauthorized approach by holding up his hands, signaling halt. Cotton brought a knee into the man’s gut, doubling him over.

“Sorry about that,” he muttered.

He hopped into the boat, whose engine was idling, and released the two mooring lines. He gripped the throttle and shoved it forward, bringing the diesel’s throaty chug-chug to life. The boat lurched forward and he twisted the wheel, aiming the bow in the direction of the Three Amigos. He’d been on one of these before, having taken a couple of canal tours of Bruges. They usually tooled along at a snail’s pace, seeing the sights, and he’d always wondered if there was more bark under the hood.

He maxed out the throttle.

The prop bit and the bow rose, cutting through the brown water of the narrow canal, tossing up white foam in its wake. He passed under the same footbridge, emerging on the other side where the canal doglegged left and wound its way around a stretch of gray-stone buildings softened by clingy vines. Another sharp turn right and the waterway straightened, the stretch ahead flanked by more vine-covered houses and timber façades.

He passed under the rusted scrolls of another arched bridge.

The Three Amigos had a solid head start but apparently were not using excessive speed, thinking they were finally in the clear.

And that was allowing him to gain ground.

The canal was about fifty feet wide, flanked on both sides by tall stone walls and leaning trees. Another of the tour boats suddenly appeared from the right at a junction. He veered left and passed close to the other boat’s bow. Few of the other occupants escaped a bath from his wake. He waved an apology but kept going, straightening out the wheel and focus- ing on where the route widened into a large basin at another T-junction. The Three Amigos were waiting in the basin, their boat perpendicular to his approach, two of the men with guns aimed his way.

He was headed right toward the bullets at nearly full throttle, the gap closing fast. He ducked below the windscreen and the rounds whined by. The Amigos’ boat jolted forward, blocking any turn to the left. The guns also kept firing. Too late to go right. Not enough room in the long rect- angular basin to make the turn without hitting the barrier wall.

He leaped into the water.

The boat sped on, pilotless, but only for another twenty yards before slamming into the stone wall and exploding. He ducked beneath the sur- face, mindful of something he’d once read. Until the 1980s raw sewage had been dumped into the canals. Hopefully four decades of cleansing had eliminated any hazards.

He popped his head from the water. The Three Amigos were gone.

Getting out of the canal could prove a problem. He saw no ladders or steps up along the walls that encased the waterway.

He heard a siren and swiveled around.

A police boat was racing his way, blue light flashing. His own boat was a burning hulk, sinking into the canal. The police boat swung up alongside. Two uniforms had their guns out and aimed. Neither looked friendly.

Getting out of the water was no longer an issue. But where he would end up?

That could be a big problem.

How to Turn A Man into a Legend 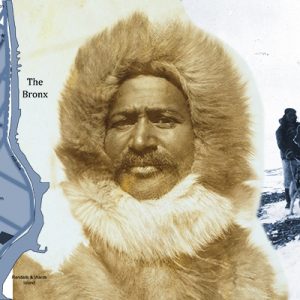 How to Turn A Man into a Legend Ransom Stoddard: “You’re not going to use the story, Mr. Scott?” Maxwell Scott: “No, sir. This is the West, sir....
© LitHub
Back to top