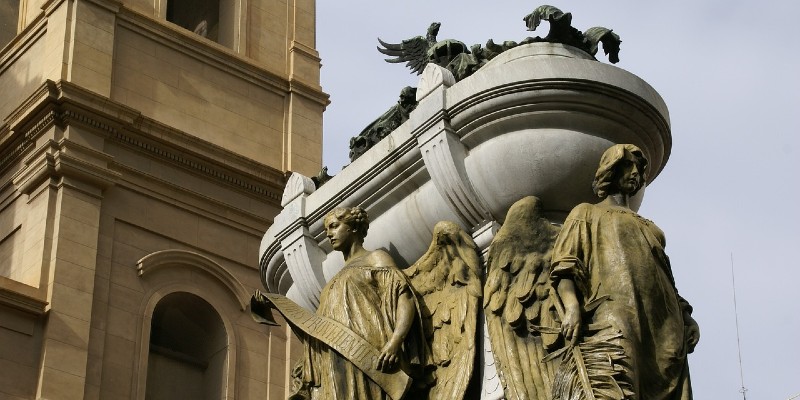 "I confess that in my novel there is a beautiful corpse, and that she is female. I may have chosen not to creepily linger on the details of her body as she lays on the slab at the morgue, but she is still there."

I confess that at first I was reticent to write a detective novel, but that I overcame that hesitation quickly and confidently, so confidently that I embraced every detective fiction trope in existence with the audacity only the unenlightened possess.

I confess that in my novel there is a beautiful corpse, and that she is female. I may have chosen not to creepily linger on the details of her body as she lays on the slab at the morgue, but she is still there. And I chose the following words for the coroner to speak as he uncovers her: “As you can see, she was a looker.”

I confess that the detective who pursues the case is male. And his deputy is male. And the coroner is male. And the police chief is male. And the culprit (spoiler alert) is male, too. That the male gaze permeates not only the narrative, but also how the few female characters are perceived. That I used the dead woman as nothing but the inciting incident that triggers our hero’s journey toward redemption, hence simultaneously confirming the male savior complex.

I confess that I resorted to the crime of murder for the case Inspector Alzada and Deputy Estrático have to solve. A crime for the tabloids, really. Murder is the least common of violences and, for the most part, the culmination of prior ones. That violence takes many shapes, and that women are subjected to all, even if they survive them. That other violences such as sexual harassment, financial violence and illegal abortions deserve to be addressed more often, but they are less spectacular on the page. That I picked murder when it was the most voyeuristic move I could make, and that I completely missed out on the opportunity to examine a social phenomenon in all its complexity.

I confess that the living women in my novel don’t fare much better and could be described as, in order of appearance: 1. A disappeared woman, 2. A prostitute with a heart of gold, 3. A party girl, 4. Her sister, 5. One dutiful wife whose main mission seems to keep her husband fed.

I confess that in making these narrative decisions I shifted the blame to the victims. That in depicting women this way, I cemented the internalization of the dubious morality which always accompanies the tales we tell about violence exerted on women, and that put pressure to behave a certain way if one wants to avoid said violence. That I helped perpetuate the notion that a woman should be careful. That a woman becomes a victim when she isn’t. That it’s on her: because she dresses a certain way, or says a certain thing, or doesn’t hold her keys in her hand, or walks home alone at night, or jogs through a park, or doesn’t text her sister when she gets home. Women should be careful, at least if they want to make it to act three of my novel alive.

I confess that in portraying violence committed against women like I did, I have assisted in the trend of normalization of violence against women. That in making a heinous crime a fun and engrossing sudoku I have failed to point out that violence is not mysterious, not a puzzle, not entertainment. Violence is systemic and deeply engrained in society, its causes well documented. It is an illness that ravages communities like the one my novel is set in: Buenos Aires, Argentina.

I confess that in deciding to have the two victims be white, cis, and of middle-to-upper class extraction, I’ve erased the fact that demographics, race, age, social and economic status, and cis/transness are key factors of violence, and that falling on the “wrong side” of any of them increase the probability of becoming a victim and decrease the probability of being paid attention to. That I’ve furthered the thesis that all victims are equal, but some victims are more equal than others.

I confess that I wrote from privilege when I described the police as lazy and clumsy and even power-hungry, but always helpful, or at least always well-meaning. When I know that only some categories of people, like the ones I belong to, have the luxury of having positive encounters with law enforcement. When I know many don’t share the same experience. That I made sympathetic a man who is a monster, and who would probably, in a more perfect world, be convicted of crimes against humanity.

I confess that I’ve used tragedy as a backdrop without contemplation and only for the purpose of increasing the narrative tension of my novel, and not once, but twice. First, using the terror inflicted on the population during the military dictatorship (1976-1983) as device for a fractured past. Second, I chose to set the novel during the 2001 Argentinian sovereign debt crisis, which evolved into a humanitarian catastrophe whose tentacles are still felt today. Its direct consequence was pushing 65% of its population under the poverty line at the end of 2002, the decrease in purchasing power so severe that more than 24 million Argentinians experienced some form of scarcity: lack of access to food (with enormous increases in malnutrition and malnutrition-related diseases) and medication (particularly antibiotics and insulin), lack of access to safe water sources and sanitation (resulting in outbreaks of dengue and other infectious diseases), difficulty in access to homes (over-populating the shantytowns), increase in crime rates, etc. But the novel was filled with tension, wasn’t it?

I confess that I peppered the novel with exotic detail in order to further entice reading by foreign audiences, stopping short of applying the proverbial Mexico filter: just the right amount of words in Spanish, mate, dulce de leche, milanesas, asados, Maradona, the disappeared.

I confess that I wasn’t vigilant enough. That I fell into the same trap that had been set out for me. That when I finally saw what was happening I found relief in the idea that I wrote in a longstanding tradition of crime fiction, when the current validity of traditions should be constantly reexamined and reassessed.

I confess that I had options. That I started writing my novel when I was 25, but edited it well into my 32nd year of life, when I was well-read and well-travelled and well-thought and some may even say woke.

I confess that even though initially I may have fallen into these clichés because they saturate every instance of crime fiction I had consumed, and the fiction we read and watch informs our world views, there came a moment when I detected I was regurgitating the tropes. That I didn’t go on to subvert them, because doing so may have meant throwing out the complete manuscript, and putting distance between myself and my dream of being published.

I confess that I felt a pang, but that just as quickly I found justification for what I was doing. That I shielded myself behind the pretense of realism: indeed, only since 2001 have women been allowed to integrate the higher ranks of the Federal Police, and in Latin America twelve women are murdered every day. That is a woman every two hours. That even when my doubts were at their loudest, I hid behind the excuse that it was fiction.

I confess that not all was blissful ignorance or negligence; some of it was lack of talent. That once I realized what was happening, my idea became to write a nuanced depiction of the violence that is perpetrated on women in Latin America, and how the erosion of democracies, past and present, is a persistent threat. Instead, all I managed was to become another cog in the wheel of damaging representation that leads to hurtful consequences.

I confess that I set a trap for the reader. That I made violence palatable and entertaining and packed it into 289 pages you can take to the beach, that the novel is macabre and exciting but not tortuous enough you won’t be able to close it, set it aside and enjoy the sunset with a cocktail.

I confess that in doing all of the above, I failed.

I confess that in having written this novel like I did, I am part of the problem.

I confess that I was asleep and unaware for the longest time, and that during that time I took every advantage my privilege would grant me, and that shows in my novel.

I confess that it was easier not to take responsibility for the fiction I created, nor acknowledge its power of representation.

I confess I regret not having done better by my different peoples.

I confess I wish I had written this book differently.

My debut novel comes out in the US November 2nd, 2021. Quite appropriately, it’s called REPENTANCE. 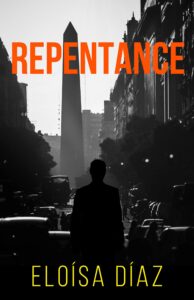 Eloísa Díaz (Madrid, 1986) is a writer and lawyer. She studied Law at Pantheon-Sorbonne University in Paris, then completed her MFA in Creative Writing from Columbia University. Repentance is her debut novel. Find her online at eloisadiaz.net
http://eloisadiaz.net 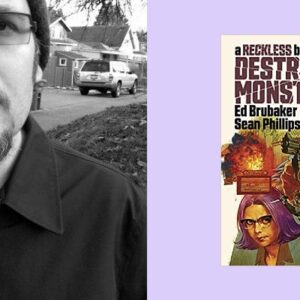 The pandemic derailed pretty much every aspect of regular life – office jobs moved home, shutdowns and social distancing...
© LitHub
Back to top