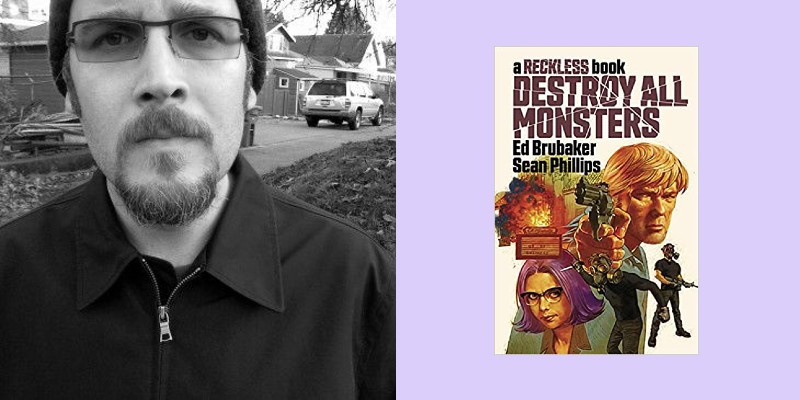 In the latest installment of Graphic Content, Alex Segura talks with Brubaker about the new Reckless novel, Destroy All Monsters

The pandemic derailed pretty much every aspect of regular life – office jobs moved home, shutdowns and social distancing became standard, and a sense of chaos and insecurity permeated those early months. The comic book industry was no different, and acclaimed writer Ed Brubaker found himself turning to a certain kind of crime novel for comfort – which, in turn, provided him with a bit of inspiration.

“When the pandemic and the lockdown hit, I found myself turning to old favorite pulp and detective books for comfort reading. Parker novels, Lew Archer, Travis McGee, and I had this realization that American comics and graphic novels never really had anything like that,” Brubaker said. “Maybe because the superhero genre filled the same niche that trashy 60s and 70s paperback heroes like The Executioner or The Penetrator did, but it just occurred to me that [Reckless series artist and frequent Brubaker collaborator] Sean Phillips and I could try to do something like that… our version of the 70s pulp paperback hero, but with a more modern sensibility. And that’s where Ethan Reckless came from.”

The Reckless series, which saw its third volume drop this week, was an instant hit – resonating not only in the traditional book market, but with Brubaker and co-creator Phillips’ core audience in comic shops. Like some of the best P.I. series of the past, the graphic novels focused on a flawed and complicated hero in the titular Reckless, while also giving readers a personal tour of a certain kind of Los Angeles, one Brubaker is quite familiar with.

“These books also give me a way to escape from today, back into the past, by (so far) all being set in ’80s Los Angeles, a time I recall vividly from my youth, driving up from San Diego to see shows or go shopping or see movies that weren’t playing outside LA. Wandering around Venice Beach when it was weird,” Brubaker noted.

But Reckless is not a nostalgia tour, or an attempt to recapture the magic of previous private detectives or locales. The series motif and past setting allowed Brubaker and Phillips to tell stories set in another time that still reflected a lot of what was going on now.

“I wanted to write about the past from today’s point of view, to show how we got from there to here, how much the decisions of the past made this place, like the ripple effects of corruption and politics through time,” Brubaker said. “This is why the newest book DESTROY ALL MONSTERS has at the heart of it, the fallout of the construction of the 105, and the corridors of vacant houses that stood for something like 12 or 15 years during the court battle over that freeway, and which became a major source of crime and devastation in South LA, predating the crack epidemic, even.”

Like Ross Macdonald’s beloved Lew Archer books, the Reckless series is wholly entrenched in a particular strand of Los Angeles, one that gives readers a tour through some of the most seismic modern changes the city has ever experienced, through the eyes of the prickly and sometimes-heroic Ethan.

“So far each book has touched a bit on different pieces of societal rot,” Brubaker said. “from the 60s, with the FBI vs the student movements, to post-Manson era LA, and right up through the late 80s.”

Like many prose writers who steer an ongoing private eye series, Brubaker admits to some overlap between his own life and that of his hero.

“The characters are all very personal to me, and Ethan shares a lot of my background—a Navy brat from a military intel family. And these kind of pulp-meets-historical fiction books has been really fulfilling to work on,” Brubaker said. “We get to explore a bit of the past while spinning it around a thriller kind of plot, a mystery or a revenge story, and people have really responded to them in ways I wasn’t expecting. And I’m having a lot fun getting Sean to recreate forgotten parts of LA on the pages, like the old Henry’s Tacos location, or The Penguin Cafe, or in the upcoming book, the original OKI DOG location—which was strangely hard to find good reference for.”

The graphic novels have been a resounding success in terms of critical acclaim, long-tail sales and exposure, but that doesn’t mean Brubaker is satisfied. He hopes to one day have Ethan Reckless mentioned alongside other private eye greats, like Marlowe, Archer, and more. The goal isn’t an unrealistic one.

“The funniest thing I heard someone say about the Reckless series is to refer to them as ‘dad books’ – meaning the kind of book you can give to your father for Christmas to prove that there are comics they might like,” Brubaker said with a laugh. “I loved that. My dream is to one day see a big display of them at an airport bookstore, next to all the other thriller series.”

The idea to pivot from doing monthly, serialized comics for the comic shop market that are then collected into trade paperback graphic novels for bookstores was something that sprung to Brubaker and Phillips in the wake of the pandemic, which led Diamond Comic Distributors, at the time the leading comic book distributor in the country, to shut down for a few months – leaving stores without new product. The move proved to be savvy, and if anything, improved the long-running creative team’s productivity.

“Sean and I switched from single issue serialization to graphic novels for this series, and the reaction has been kind of insane,” Brubaker said. “We decided to just work our asses off and put the first three books out in under a year, because I wanted to try to really hook readers on the series, like how the first McGee books were put out over six months. But I think it might be the first time that comic shops have really gotten behind original graphic novels in a big way, where instead of ordering small, knowing they can reorder, a lot of them are ordering hundreds of copies for launch day, as if it were the first issue of a new series by us. Some even send us photos of six-foot-tall stacks of books next to their front counter, and it’s been kind of mind-blowing.” 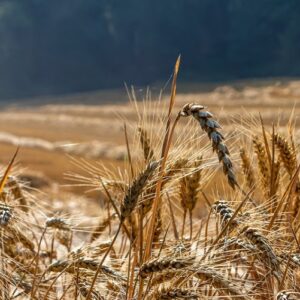 I love a mystery set in an exotic location. The Orient Express. A renovated sanatorium in the Alps. Bangkok, Egypt, Paris,...
© LitHub
Back to top