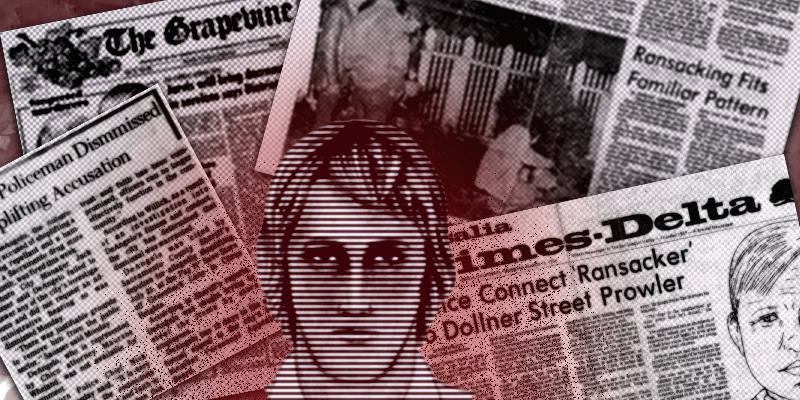 Dormant for years (or even decades), these infamous criminals were undone by new technology, old passions, or giant egos.

In Hollywood’s vision of a serial killer investigation, there comes an inevitable moment when the bodies are piling up and the lead detective somberly intones, “He won’t stop killing until he’s caught.” In reality, plenty of serial murderers stopped cold turkey without killing anyone for years, sometimes even giving up for good, despite a previous track record of many grisly homicides. The reasons they stop range from mysterious to mundane, but in the era of DNA profiling and cold case investigation, they can never rest entirely easy. Here are a few infamous serial predators who, one could argue, almost got away with it.

The Love of a Good Woman

Gary Ridgway murdered the vast majority of his victims between 1982 and 1984, but he was not captured until 2001. Nicknamed the Green River Killer because of the location where he placed many of his victims’ bodies, Ridgway has confessed to murdering more than 70 women in the Seattle, WA area, although authorities have only linked him definitively to 49. “Choking is what I did,” he bragged to investigators, “and I was pretty good at it.” It’s clear Ridgway enjoyed his crimes, but the pattern reveals he took long breaks from killing. Of his many known victims, only four were killed after 1984. He went dormant for long period, and had been inactive for years at the time of his arrest. Why?

It wasn’t that he feared authorities were closing in on him. Ridgway became a suspect in the murders as early as 1983, and he continued killing with gusto after that. Most of the victims were sex workers, and Ridgway had been arrested for soliciting prostitutes. Also, a witness reported seeing one of the victims get into a truck similar to Ridgway’s. But a search of the truck came up empty and Ridgway passed a polygraph test. There were other leads to chase. Investigators remained suspicious of Ridgway; they collected hair and saliva samples from him in 1987 when DNA became available as a forensic tool, but there was nothing to prove his guilt at the time. Ridgway was careful to wear gloves. He didn’t keep trophies, and most importantly, he kept his mouth shut. He continued his reign of terror until 1985, when he met his third wife.

Ridgway’s murders commenced after his second divorce and proceeded at an almost dizzying pace during the few years he was single. Then they ceased abruptly when he met Judith Mawson at a “Parents Without Partners” event. Having to manage his day job plus a family life seemed to keep Ridgway busy enough that he did not have the bandwidth to continue killing. He murdered just four additional women in the late 1980s and 1990s. Eventually, the DNA samples he had given years ago were linked to his crimes and he was arrested in 2001.

His wife was shocked at the arrest because she’d never even heard of The Green River Killer. Later, however, she wondered how many lives she’d saved by marrying Gary Ridgway.

Ironically, the Grim Sleeper got his nickname at the point that he stopped killing. Lonnie Franklin, Jr. murdered nine women in the Los Angeles region between 1984 and 1988, and then he seemed to disappear. A task force was created at the time to try to solve the murders, and at one point, investigators had at least thirteen victims linked to what they were calling “The Southside Slayer.” But it turned out that Los Angeles in the 1980s contained a multitude of serial killers, and “The Southside Slayer” murders were actually the work of Lonnie Franklin plus five other separate serial killers. This confusion may have helped Franklin slide into anonymity at the time.

One reason Franklin may have gone suddenly quiet was a close call he had with a victim in 1988. Enietra Margette Washington survived being shot in the chest and left for dead in an alley, and the investigation into her attack led detectives to within a few houses of where Franklin was living at the time. The near-miss may have spooked him into ceasing his murders, as he next resurfaced fourteen years later in 2002 with the murder of Princess Cheyanne Berthomieux. In 2007, he murdered Janecia Peters, and, at this point, investigators were able to link his DNA to the earlier killings. However, they did not know which man was behind the genetic profile.

A collection of emerging evidence, including a DNA profile from Franklin’s son and a witness who had seen a van linked to Franklin at one of the murder sites, eventually led to his arrest. Enietra Washington identified him as the man who had attacked her in 1988. If Franklin had not resumed killing after his fourteen-year abstinence, he may have never been caught. Investigators continue to dig even now, questioning whether Franklin really was quiet all those years or if there might be other unsolved homicides in his past.

Joseph DeAngelo tore through California like a one-man wrecking ball from 1973 to 1986. He is believed to be responsible for more than 100 burglaries, at least 50 rapes, and 13 murders, and from the start, he left investigators baffled at his apparent ability to invade endless homes without getting caught. He remained one step ahead of police, always finding an escape route, never leaving fibers or fingerprints that could be linked to him. The only mistake he made was one he could not have seen coming: DNA.

At the time, detectives could collect DNA but they couldn’t analyze it in any meaningful fashion. It wasn’t until 1986 when British investigators made history by identifying Colin Pitchfork as a murderer based on his DNA that genetic evidence became available as a forensic tool. Intriguingly, this is the very point that DeAngelo halted his crimes, almost like he knew the jig was up. Investigators had his DNA from the semen samples he’d left at so many of his crime scenes, and they used it to pursue their faceless villain for decades. Right away, they linked all the attacks together, proving definitively that the “Visalia Ransacker” who had committed the burglaries was also the “East Area Rapist” who had terrified the Bay Area and the “Golden State Killer” who had murdered up and down the California coast. But the DNA profile returned no matches in any state or federal database—not in the early 1990s when they started looking, and not at any time afterward. Like a ghost, the Golden State Killer had disappeared.

Thirty years after the last murder, investigators decided to try one last attempt to track the Golden State Killer using his DNA. They turned again to DNA databases, but public ones this time, filled with people who weren’t criminals—but who might be related to one. They looked for people with small amounts of DNA in common with the Golden State Killer, those who would be his distant relatives. From this, they built his probable family tree, so large that it contained more than 1000 people. Then they ruled out everyone who was not the right age and who had not been living in California at the time the crimes were committed. Eventually, the search narrowed to one man: Joseph DeAngelo. When detectives obtained his DNA, it was a dead-on match to the profile they’d been hunting for decades.

With the arrest, investigators learned how DeAngelo had managed to commit nearly perfect crimes for so many years. He had been a police officer himself. As a cop, DeAngelo would have seen and understood the potential of DNA analysis when it appeared in 1986. Perhaps that was enough to scare him into quiescence. In the end, DNA prevailed, reaching out its long fingers across the decades to point at a killer.

Where Everyone Knows Your Name

BTK. The terrifying initials were on everyone’s lips during the late 1970s in Wichita, KS. The serial killer coined the nickname himself based on the manner in which he disposed of his victims: Bind, Torture, Kill. He murdered four members of the Otero family in 1974 and then went on to kill three additional women by 1977. In 1978, he took credit for the crimes via letters to the press, making sure everyone knew there was a serial killer at work in their city. BTK wanted a place in the America’s serial killer pantheon, and he compared himself to the Son of Sam and Jack the Ripper.

Murdering people is a lot of work, however. BTK, whose real name is Dennis Rader, had a day job and a young family to keep him busy. He did not kill again until 1986, when he murdered Vicki Wegerle. By then, “BTK” had been quiet for so long that no one even linked him to the crime. Very frustrating for a killer longing for the media spotlight. Indeed, Wegerle’s husband Bill was considered the prime suspect, and he remained so for 18 years, until a letter arrived at the Wichita Eagle in 2004 from “Bill Thomas Killman” claiming credit for Wegerle’s death and including her driver’s license as proof. After nearly 20 years of silence, BTK had resurfaced.

Rader’s dilemma was that he didn’t just want to murder people. He wanted to be famous for murdering people. By 2004, people in Kansas had forgotten BTK. He no longer inspired terror or awe. Rader’s solution was to remind people of his existence by commencing a cat-and-mouse game with the cops via the local media. He wanted to publish his autobiography. If he sent it anonymously on a floppy disc, he asked investigators, could they trace it back to him? They said no, they could not trace the file, and Rader left them a copy to read. They immediately traced it to the computer used to create the document and from there to Rader himself. DNA ultimately linked him to the crimes, including one murder in 1991 they had no idea he’d even committed.

Rader led a rich and disturbed fantasy life. He had a shed where he kept photos, dolls, drawings and other mementoes that allowed him to relive his murders during his periods of abstinence. These trophies appeared to sustain him, and, when combined with his hectic family life, kept him off the streets for years-long stretches at a time. In the end, however, his arrogance and his hunger for fame led to his downfall. Yes, he’s in the history books now, but he’s also in prison for life. 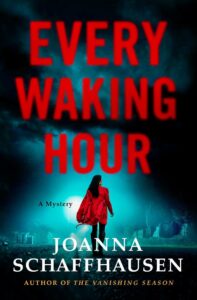 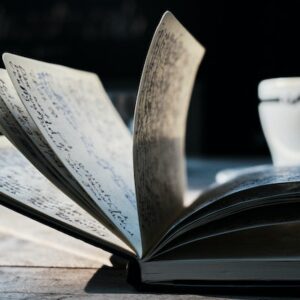 For a number of years, I taught an intensive, week-long course at the University of Toronto called How To Write A Bestseller....
© LitHub
Back to top