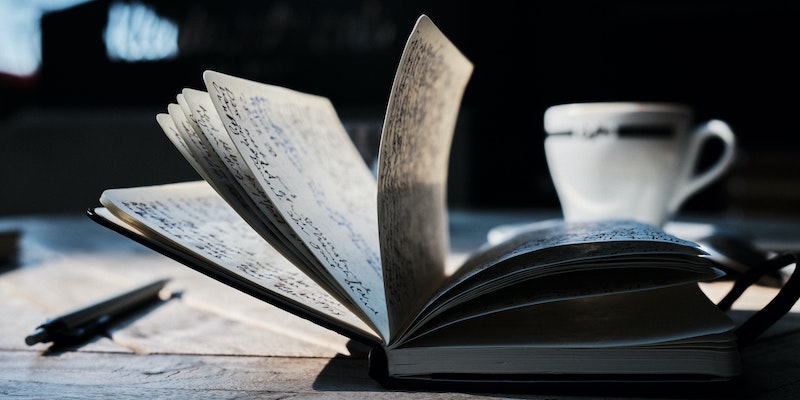 "No one—and I mean no one, not your editor, not the publisher, not the critics—has any idea what makes one book sell millions of copies while other, often better, books do not."

For a number of years, I taught an intensive, week-long course at the University of Toronto called How To Write A Bestseller. Each year brought a dozen eager, would-be authors to my class, hoping to learn the secrets to writing a book that would make its way to the top of the New York Times Bestseller list.

Everyone thinks they have a book in them. The truth is that most people don’t. The truth is that even those who do have a book lurking somewhere inside them will not write a book that more than a handful of people will want to read or pay money to buy. And the hardest truth of all is that no one—and I mean no one, not your editor, not the publisher, not the critics—has any idea what makes one book sell millions of copies while other, often better, books do not.

Nobody becomes a writer to make money. The sad fact is that approximately five thousand books are published every month in North America and most writers make less than ten thousand dollars a year, so you shouldn’t even be thinking of money. The odds are stacked against you, so you really need to love what you do. You need to be comfortable, even look forward to, spending hours every day—I recommend at least four—alone in a room with nothing but your computer and your imagination.

And sometimes, not even them.

This isn’t to suggest that certain things can’t be taught. You can teach structure; you can teach certain basic techniques; you can teach grammar, how to be a more active listener, how to train your eye to be more observant.

So, what pearls of wisdom did I dispense in the course of those thirty hours?

The more you read the better. Especially kind of book you plan to write. Find the best example of the genre you can. As someone once said, “Bad writing is contagious.” (Although bad writing never stopped a book from being a bestseller!) Read critically. Try to analyze what you read. Did you like it? Why did you like it? What made you want to keep turning the pages? What made the characters successful or not? Did you find your interest waning, and if so, when and why?

Decide on the story you want to tell. Then decide whose story is it. Is the story best-served by a single narrator or multiple points of view? Should I tell the story in the first person or the third? What about third-person singular?

Once you’ve figured out your basic plot and main characters, you should be prepared to sum your book up in a couple of sentences, twenty-five words or less. Think of it as the hopefully intriguing one-line description you will see beside your book when it makes the New York Times list.

The point of this exercise is to get you to understand what your book is about. If you can’t sum it up in a couple of sentences, then trust me, you don’t know what your book is about, and if you don’t know, your reader certainly won’t be able to figure it out. For example, I would sum up Cul-de-Sac like this: A shooting disrupts the lives of five families living on a small, dead-end street in Florida. There’s a lot more to the story, of course, but that’s it in a nutshell.

Next, do an outline. Doing an outline helps you organize your thoughts. The outline can be anywhere from one page to ten or twelve. The outline should identify the main characters, along with some necessary information about them, but be mainly concerned with plot. Obviously you won’t—and shouldn’t—know everything that happens—part of the joy of writing is the discovery of where your thoughts lead you and the surprises you encounter along the way. Flannery O’Connor once said that if you, as the writer, are never surprised, you can’t expect your reader to be—but you should know the beginning and the end of your novel, along with a few major plot points along the way.

I’m often asked if I know the ending of my novels before I begin writing, and the answer is yes. Always. I don’t have to know the exact details, but I do have to know the eventual outcome. If you’re writing any kind of suspense, then you need to know where you’re going, in order to build that suspense. If you don’t know where you’re headed, then you’re going to meander all over the place, which means you’re probably going to be doing an awful lot of rewriting once you finally figure it out. With suspense, or with any kind of page-turner, everything that happens has to be a little bigger than what happened before. You always have to be upping the ante and increasing the tension.

So now you’ve got your New York Times encapsulation and your outline. You know whose story you’re telling and whose voice you’re telling it in, as well as if you’re using the past or present tense. You’re ready to start writing.

I’ve often said that the difference between literary fiction and other genres—and literary fiction is just another genre—is that literary fiction concerns itself as much with the way the story is told and the language used to tell it, as it does with the story itself. Commercial fiction is all about the story. The plot doesn’t have to be complicated or try to do too many things. And it should always be moving forward, moving from point A to point B. You don’t stop for a ten-page digression about the meaning of life. You can use flashbacks, but sparingly. Flashbacks stop a story cold, and you should always keep that story moving forward.

A writer-producer-friend of mine once told me, “If you’re telling the story of Goldilocks and the Three Bears, bring on the three bears!” In other words, get to the good stuff. Don’t waste time on boring details or stuff that doesn’t go anywhere. If you’re using multiple storylines or characters, bring your reader to a point where they’re anxious to know what happens next, then leave them hanging and introduce something new, only to return to it later. I call this “threading,” although I’m probably not the one to coin this term. Just make sure that whatever new thing you introduce is as least as interesting as what you left behind. And keep that story moving.

And while the beginning of a book is important, it’s the ending that will bring readers back for your next book. If your ending doesn’t satisfy—it doesn’t have to be happy, just satisfying—your book will ultimately fail.

One more piece of advice: don’t write about your childhood. Nobody cares but your immediate family, and again, sometimes not even them. 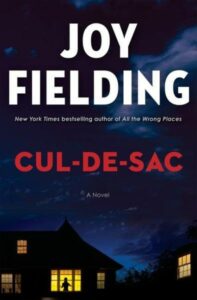 Joy Fielding is the New York Times bestselling author of All the Wrong Places, The Bad Daughter, She's Not There, Someone Is Watching, Charley's Web, Heartstopper, Mad River Road, See Jane Run, and other acclaimed novels. She divides her time between Toronto and Palm Beach, Florida. Her new novel, Cul-de-Sac, is now available. 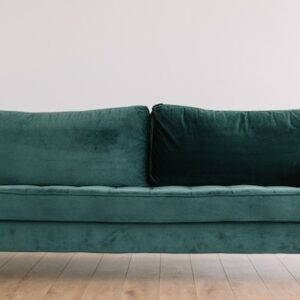 I saw my first therapist when I was twenty-six years old and no one knew about that visit but my therapist and my husband. At...
© LitHub
Back to top