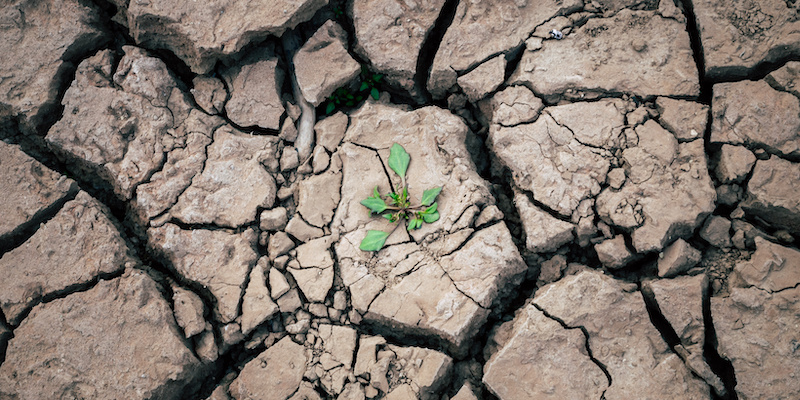 Or, six books featuring characters growing up against the wall.

When do we truly grow into our adult selves? Is it when we graduate high school or college, get our first job or apartment, solidify our first serious relationship? Or do we learn who we really are only when we’re under pressure or in pain, coping with heartache or weathering a crisis?

Maybe it’s a bit of both. Ideally, we never stop changing or growing, but we certainly learn a lot about who we are and what we’re capable of when we’re up against the wall, struggling to overcome obstacles, or trying to regain our equilibrium during rocky times.

Rocky times abound at the start of my coming-of-age thriller All the Best Liars, out April 5 from Flatiron Books. The book’s three narrators, Sydney, Rain and Brie, have grown up together in a flyspeck town on the outskirts of Palm Springs, California, but lately they’ve grown apart. On the cusp of graduating from high school, Sydney feels lost and alone after a series of betrayals leaves her questioning the relationships that have always mattered most to her. When she learns Brie has died in a house fire and Rain has gone missing—and then realizes she was one of the last people to see them both—Sydney needs to piece together what happened the night of the fire before the police decide she’s their prime suspect. What she discovers will change her forever.

As I was writing All the Best Liars, I immersed myself in thrillers and mysteries of all sorts, from cozy mysteries and satirical reexaminations of killer tropes to the most gut-wrenching explorations of trauma through the lens of crime. Below are six books that have inspired and thrilled me, all of them featuring characters in the process of growing into their truest selves despite—or because of—dark forces urging them onward, whether to unravel a mystery, stash a body, avenge a wrong, or try to stop time before things move from bad to unthinkable.

Dare Me is set in the world of high school cheerleading, but there’s nothing bouncy or frivolous about the power dynamics between Beth, head cheerleader and queen bee, and Addy, her loyal minion. When a young and beautiful new cheer coach shows up and upends the girls’ established order, Beth is dethroned from her eternal position at the top of the pyramid and Addy finds herself in thrall to Coach’s risky personal life. Stack up the team’s dangerous acrobatics and ruthless competition with the mid-point murder of Coach’s lover, and this taut powder keg of a story becomes explosive. I love all of Abbott’s books, but Dare Me remains an all-time favorite. 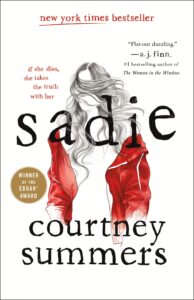 Sadie is a girl with no options, a dark past, a dead sister, and a stutter that makes communication a source of agony. With an unflinching eye and flawless characterization, the book follows Sadie on the road to find a former stepfather figure and avenge a wrong that can never be righted. Meanwhile, in alternating chapters, we follow along with the transcript of a true-crime podcast whose host is interviewing everyone who knew the now-missing title character, looking to uncover clues to her disappearance. Sadie’s story is so visceral and tense that it doesn’t matter that she might be headed toward disaster—we’re buckled into the car seat next to her, along for the ride, with her to the brutal end.

Korede is a responsible nurse in Lagos, Nigeria, who keeps having to clean up the messes of her beautiful younger sister, Ayoola. It’s a good thing she has access to a lot of bleach, since Ayoola’s messes tend to involve puddles of blood around the corpses of her boyfriends. When Ayoola begins a relationship with Tade, the handsome doctor Korede works with and adores, her sisterly loyalty is tested: Will she continue protecting Ayoola and risk Tade’s death, or protect Tade and risk exposing Ayoola’s crimes? My Sister, the Serial Killer is a hilarious and pacey indictment of the patriarchy, but it’s also the story of how far sisterly bonds can stretch without breaking. 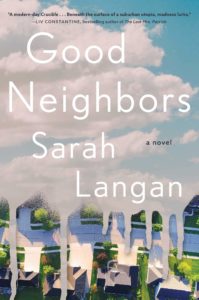 The Maple Street Murders, we learn early on in this razor-sharp dissection of the dark underbelly of suburbia, were so sensational that they’ve been covered in countless articles and analyzed by academics. The action kicks off in a near-future summer swelter when a sinkhole opens near Maple Street, a seemingly perfect block in an upper-middle-class Long Island suburb. One of the kids on the block, Shelley Schroeder, falls in and vanishes. She’s either dead or maybe carried away by the water beneath to … somewhere. A chorus of narrators help us understand the vicious politics behind the block’s perfect façade, along with the buried trauma that continues to play out within the homes of two families. The neighborhood children are the opposite of their unhinged or ineffectual parents—they take heroic action when no one else will, determined to get Shelley back and expose the awful truth about what’s happened to her before Maple Street erupts into all-out war.

Dial A for Aunties by Jesse Q. Sutanto

In this murder-mystery-meets-rom-com, 26-year-old Meddelin ‘Meddy’ Chan works as a wedding photographer for the family wedding business alongside her mother and her three aunts. With a lavish, career-making wedding weekend coming up, her multilingual Chinese/Indonesian family has one big problem: They need to cover up an accidental homicide with a body that just won’t stay put. To complicate this already-bonkers situation, the love of Meddy’s life reappears on the day of the wedding, pitting her filial obligations against her desire to blaze her own path. But the true star of Dial A for Aunties is the relationship between Meddy and her family: messy, hilarious, overbearing, loving and supportive all at the same time.

Eileen is told from the perspective of a woman late in her life as she looks back on the year everything changed. We follow Eileen back in time to 1964, where she’s a young woman stuck in a bleak Massachusetts town Moshfegh calls X-Ville, living with her alcoholic, abusive father and working at a boys’ prison. When a glamorous woman named Rebecca Saint John joins the prison staff, Eileen’s narrow view of her life’s possibilities begins to widen. The story careens toward a violent showdown involving Rebecca and one of the inmates, but the upshot is that Eileen may finally be able to escape from the prison of her troubled childhood.

Amelia Kahaney is the author of The Brokenhearted series. Her short fiction has appeared in Best American Nonrequired Reading, One Story, and Crazyhorse, among other publications. She teaches writing in New York City, where she lives with her husband and son. Visit www.ameliakahaney.net. Her new book, All The Best Liars, is now available.
http://www.ameliakahaney.net 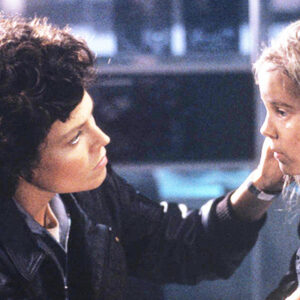 If you’re a mother, you’ve probably been called a ‘superhero’ at one time or another. The analogy is much used, and for good...
© LitHub
Back to top