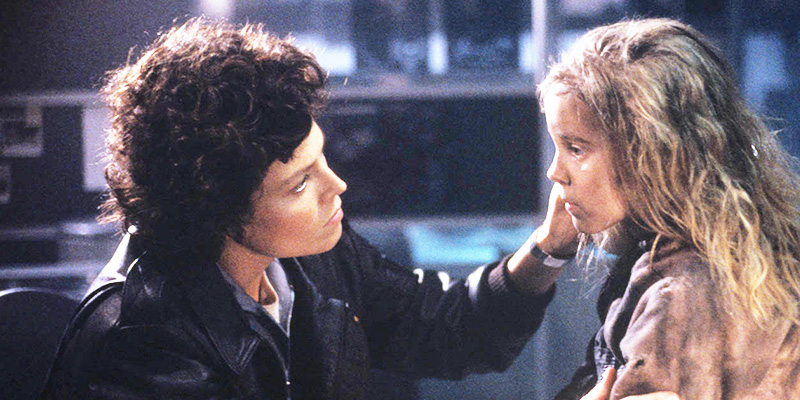 If you’re a mother, you’ve probably been called a ‘superhero’ at one time or another. The analogy is much used, and for good reason. According to the dictionary, a superhero is ‘one who possesses abilities beyond ordinary people, and uses them to protect human life’—and what are mums if not that?

As far as superpowers go, we may not be fending off laser beam attacks or other such unrealistic feats but, hello, we grow people inside our bodies. We push them out in a tumble of arms and legs and tiny fingernails, and our breasts become food. We endure the kind of sleep-deprivation often favoured by expert interrogators, and operate for years in a constant state of hypervigilance. We even learn how to wipe a bum, feed a toddler, walk the dog and fire off a hundred emails, all at the same time.

Why, then, does the superhero mother not appear in our cultural lexicon? Why do we have Superman and Batman and Wonderwoman, but no Supermum? When we talk about Supermums, we refer instead to women who ‘have it all’ or ‘do it all’: an unachievable ideal. In dreary contrast to ‘superhero’, the dictionary definition of a ‘supermum’ is ‘one who successfully manages a home and brings up children while also having a full-time job.’ I mean, talk about unrealistic.

Caitlin Moran calls this out as bullshit. In her book More Than a Woman she laments the fact that Hollywood has stolen our narrative, pointing out that childbirth and motherhood form the plot of every superhero movie ever made. ‘Consider the structure,’ she says. ‘An otherwise normal man experiences some substance, some mysterious thing from space, and suddenly undergoes a massive physical transformation … Well, there is no other human experience in which a person absorbs a substance and is then turned into something completely physically different, than pregnancy.’ When I first read that, my mind was blown. Yes! I cried. The weighty responsibility, the concealed identity, the overriding mission to protect vulnerable humans … Oh my god, that’s us! ‘They switched the genders,’ Moran explained. ‘You are Spiderman, but when people tell your story they will pretend it all happened to twenty-one-year-old Tom Holland instead.’

Indeed, there are no mothers in the Marvelverse. ‘Supermom’ appeared briefly in a series of Coca-Cola commercials in 1998, but other than in the form of Helen Parr, a.k.a. Elastigirl in The Incredibles, she doesn’t exist on screen. Even without superpowers, the kick-ass saving-the-world mother is not common. On a recent list of the 120 Greatest Action Heroes of all time as compiled by ranker.com, only 11 are female. And only 2—Ellen Ripley and Sarah Conner—are mothers.

There’s a distinct lack in novels, too. Fiction gives us plenty of extraordinary mothers: Catelyn Stark, Molly Weasley, Helen Graham in The Tenant of Wildfell Hall, Suyuan Woo in The Joy Luck Club, Ma in Room, Beloved’s Sethe. But these characters rarely venture out of the domestic sphere, their stories serve primarily as supporting material for those of others (usually their children), and they almost never get to partake in a car chase. They are not heroes in a super sense.

Perhaps the reason is that, as far as action is concerned anyway, children are a hindrance. Who can dodge gunfire with a baby on their hip? Who can bring down a criminal empire and potty train the twins? Not Jack Reacher. Not Jason Bourne. But from the thick and noxious fog of climate change, political corruption, police brutality, refugee crises, COVID-19 and other such modern nightmares, a new publishing trend is emerging, one that reclaims the narrative: the New Supermum. And she can do those things.

In a wave of recent bestsellers, the traditional action hero plot is retained—but instead of focusing on the stories of men, it’s the women who take the stage. In The Last Thing He Told Me by Laura Dave (2021), Californian woodturner Hannah is suddenly made the sole carer of her 16yo stepdaughter Bailey when her new husband Owen vanishes, leaving just a single directive: ‘Protect her.’ Rather than follow the husband’s great escape, though, we focus on Hannah as she and Bailey boldly pursue the trail of danger Owen has left behind to find out where, and who, he really is. The novel therefore is as much about female grit and determination as it is about the challenges and responsibilities of step-motherhood and the lengths to which a parent will go to protect their child.

Australian author Kate Mildenhall blends parenting with dystopia to great effect in her novel The Mother Fault (2020), whose protagonist is also tasked with locating her missing husband. This time, though, the backdrop is that of a totalitarian regime. Amid mealtimes, meltdowns and developmental milestones, Mim manages to evade government surveillance, sail a boat, survive a showdown worthy of a Homeland season finale and figure out who she really is, all with an eleven- six-year-old in tow. And if that’s not the definition of badass, I don’t know what is.

Government control is also at the heart of Sara Foster’s The Hush (2021), though the emphasis here is on the oppression of women’s rights. In a disturbing near future, a tri-generational team of mothers navigate the complexity of mother-daughter relationships while investigating a mysterious wave of stillbirths, uncovering a nefarious government conspiracy and pulling off the kind of moves usually reserved for Jason Statham (I’m thinking specifically of the moment a pregnant teenager throws a punch so swift and effective you’d think she’d been trained by The Rock).

In other fictional universes, the women have much less family support. Malorie, the titular protagonist of Josh Malerman’s 2020 Bird Box sequel, is a single mother raising two children amid an uprising of terrifying ‘creatures’ who, by way of visual contact, infect humans with so much fear that they immediately commit suicide. In a world cleaved into the ‘old’ and the ‘new’, Malorie trains her children to survive according to life as she understands it. But the kids, born into this new existence, eventually move more capably and comfortably within it than she can ever hope to do, and as her babies grow into teenagers Malorie struggles to reconcile her need to protect them with their right to protect themselves. ‘How can I be a mother in this world?” she screams during a rare emotional outburst. For parents who grew up without the internet, the book as a metaphor for raising children in a society defined by technology feels painfully close to the bone.

Sometimes the danger is more literal. In the controversial blockbuster American Dirt (2020), middle-class Mexican bookseller Lydia flees Acapulco with eight-year-old Luca after a violent attack on her home. Over the course of the novel, she escapes from a drug cartel, boards a moving train, traverses a desert, shields her son from flying bullets and smuggles him across the border into the United States in an effort to secure a better life for them both.

The suburban housewives in Grady Hendrix’s The Southern Book Club’s Guide to Slaying Vampires (2020) are no less fierce as they wage a hair-curling war against an otherworldly adversary ruled by his appetites. Hendrix claims his own mother inspired the story. ‘When I was a kid, I didn’t take my mom seriously,’ he says in his author’s note, describing how years later he came to understand the weight of the things she and her friends were dealing with. ‘They took the hits so we could skate by obliviously, because that’s the deal: as a parent, you endure pain so your children don’t have to.’ And holy hell, do the mums in this novel endure pain.

Maintaining a sense of calm for the sake of the kids is the primary survival tactic employed by New York wife and mother Amanda in Rumaan Alam’s Leave The World Behind (2020), arguably the novel that resonates closest with recent events. When she and her family find themselves trapped by a mysterious global disaster while on a peaceful Long Island vacation, what does she do? She cooks. She cleans. She hunkers down. As hurricanes rage, the internet fails and thousands of deer inexplicably congregate outside the house, Amanda bakes cakes, pours drinks and fills the hot tub, wrapping her family in creature comforts and delicious denial.

In the wake of Covid-19, this sentiment feels more than a little familiar. Throughout the rolling lockdowns, quarantines and travel restrictions imposed since the start of 2020, parents across the planet have clung to rafts of routine and normalcy while sheltering in their homes from a threat that continues to feel as amorphous and incomprehensible as the Mind Flayer from Stranger Things. And the strength required to ‘keep calm and carry on’ under such circumstances should not be underestimated. Every minute of lockdown family life has been filled with small acts of great heroism: homeschooling, deep breaths, patience, board games, healthy snacks, suitable explanations cobbled together from swathes of misinformation, washed hair, brushed teeth, as well as clemency for oneself when none of these things are achieved… I’m just saying, Superman might be faster than a speeding bullet but I’d like to see him tackle that.

Given that there is so much to be scared of these days childbirth could be seen as a feat of staggering optimism, parenting a blind leap of faith. But that’s the real power of the superhero narrative. Batman fights crime? We are reassured that good ultimately triumphs over evil. Peter Parker becomes Spiderman? We have faith that those who wield power will use it responsibly. The new all-action Supermum fights unseen forces, rolls with the punches, makes life-or-death decisions, outruns the villains, survives the unimaginable and steps up to the plate on a daily basis to ensure a better, kinder, safer world for her kids? There is hope for us all.

Lucky for us that, unlike Batman or Spiderman, Supermum is more than just a story. 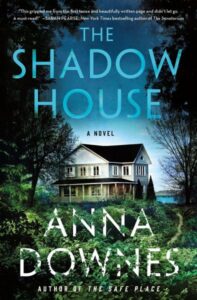 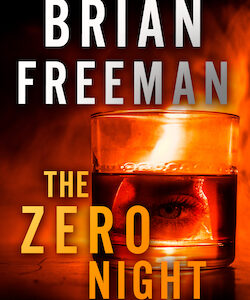 For almost a year after he was shot, Stride didn’t miss his job. The shooting happened in late July, when a bullet tore...
© LitHub
Back to top