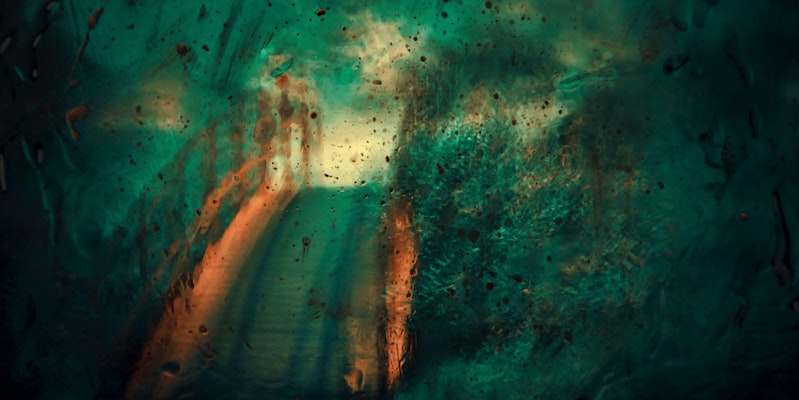 These novels take a "what if" premise and play the scenario through to its full emotional consequences.

If you’re anything like me, the books that tend to stick with you are the ones that simply blow your mind. The ones that take you away from reality and make you think about everything in a completely new way. My personal favorites are the ones where I can’t decide if I would really love the tech or speculative situation to be real, or if I’m super thankful that it’s not.

Speculative fiction is a broad category of fiction, which includes any genre that has elements that do not exist in reality—we’re talking sci-fi, fantasy, paranormal, etc. It’s these “what if” scenarios that my mind tends to go to when tackling a new project.  My new book, Lies My Memory Told Me, was born out of a simple conversation with a friend. She mentioned how a relationship with another friend had deteriorated to the point where they had decided to part ways. She had this beautiful thought – that we all have these collections of memories in little, imaginary boxes. She pictured herself as a little ballerina in one of these jewelry boxes of memories, which her former friend would take out every now and then and remember all the good moments they shared. I loved that image so much—and the ballerina even made it into the book.

And the best thing about speculative thrillers is that you can explore all those crazy “what if’s” from your favorite reading chair. Here are a few recent and upcoming Young Adult Speculative Thrillers that promise to send you on a wild ride – even with those comfy reading slippers on. 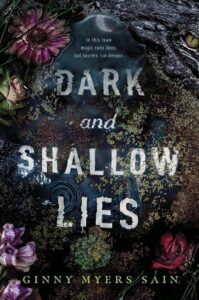 How could you not love the premise of a book that asks, how do you keep a secret in a town full of psychics?

Set in La Cachette, Louisiana—deemed to be the worst place to be if you have something to hide – this chilling supernatural thriller promises “a world of magic that festers beneath the surface like water rot”. How’s that for a great visual?

La Cachette is self-proclaimed as the “Psychic Capital of the World” but something is amiss. A girl has gone missing and seventeen-year-old Grey vows to find out what happened to her best friend six months ago. And in a town where everybody is supposed to know everything, Grey is especially suspicious that no one’s revealing what went down, and the deeper she digs, the more she realizes that everyone in town is hiding something. And with a cover as gorgeously chilling as this one, I can’t wait to discover all the Dark and Shallow Lies. 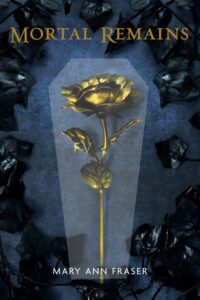 Give me anything gothic and you’ve immediately got my attention. Throw in an eighteen-year-old who is an aspiring cosmetologist to the dead, and you’ve got me hooked.

Of course working in her family’s funeral home isn’t doing Lily any favors when it comes to nicknames such as Morticia and Ghoul Girl from her classmates. But Lily isn’t too bothered by it. In fact she likes her work and even thinks the dead are better listeners than other people… at least they don’t judge.

Is it bad that I can relate?

Add all that to a mysterious explosion in a famously strange house, an investigation through the rubble, and a discovery of an underground vault containing a boy who was supposed to have died five years ago, and Mortal Remains ensures a confounding thrill-ride that will leave readers wildly flipping pages to discover what really happened. 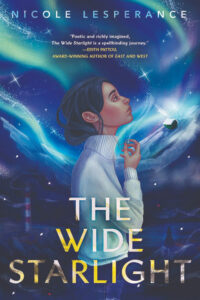 The Wide Starlight by Nicole Lesperance

I honestly can’t think of two better words to describe a novel than dreamy and atmospheric. That’s what The Wide Starlight offers as sixteen-year-old Eline tries to remember what happened the night her mother disappeared off a glacier in Norway.

Legend has it that you’re never supposed to whistle at the Northern Lights and Eli believes it’s true—in fact, she knows better than anyone. She was there that fateful night when her mom whistled and then vanished.

When Eli’s mother reappears, it’s all too much and Eli pushes her away. But when she disappears a second time, her words find me where I left you will force Eli on a journey across continents.

I don’t think I’ll ever look at the Northern Lights the same way again. 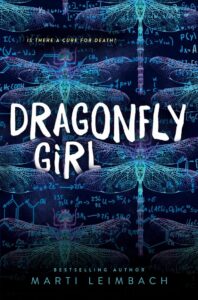 Marti Leimbach is already a bestselling author, and Dragonfly Girl is her first journey in the Young Adult category.

How can you not pick up a book where a 17-year-old science genius has discovered a cure for death? That in itself is a premise and a half, but add the protagonist getting recruited for a part-time job in a top-secret laboratory, and I am in!

At school Kira is awkward and shy (hello, relatable!) and at home she has to take care of her mom and dodge debt collectors. And while she may be a genius at science, she’s flunking out of the rest of her classes.

With her newly-discovered ability, Kira goes from average to remarkable and everything begins to go her way. But things don’t stay rosy for long as she gets mixed up in a rivalry against dark forces. 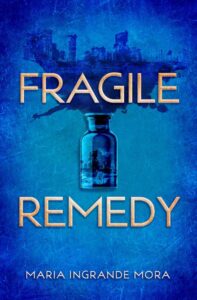 What would it be like to be genetically engineered for the sole purpose of being a cure for the elite in a world where a fatal lung rot is ravaging the population?

That’s the question Fragile Remedy answers with sixteen-year-old Nate as the protagonist. But what may be worse is that as a child, Nate was smuggled out of the lab into another region—a region of lawlessness that is under quarantine.

Nate is able to survive because of his engineering skills—he is a Tinker, able to fix all kinds of tech, and people will keep him fed and safe in exchange. Of course, when he meets Reed and his crew of scavengers and finally finds the family he’s always longed for, there’s no way he can tell them what he really is.

Unfortunately, like all the other genetically engineered humans, Nate’s time is running out because of the failsafe that requires medication or his health will rapidly decline. And when violence breaks out in the region, his secret hangs in the balance. Only one question remains… does he choose his life, or his love? 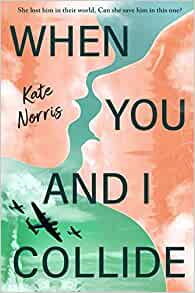 When You and I Collide by Kate Norris

My absolute favorite books are the ones that twist your mind into a pretzel and leave you thinking about the world in a whole new way, which is exactly what When You and I Collide promises to deliver.

In it, there are moments called splits, when two possible outcomes diverge (think Sliding Doors)—one story taking place in the main character’s universe, and one happening in another. The protagonist is sixteen-year-old Winnie who can see these splits, though she keeps the fact hidden from most people—there are dangers and implications in knowing, especially in the midst of the WWII alternate history setting.

To complicate matters, Winnie’s grief-stricken physicist father is pushing her to try to choose a particular split so that she can change their future, and thereby their past. Throw in a little romance, and When You and I Collide assures an emotional and thought-provoking read. 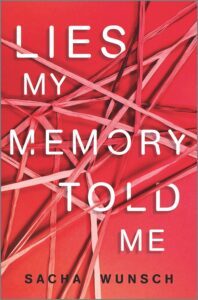 Sacha Wunsch grew up dividing her time between the family farm in Canada and traveling to numerous fictional worlds. She was a bookseller before discovering her love of writing mind-twisty novels - which has proved an excellent job since she gets to blame all the TV she watches on her love of storytelling. She now splits her time between the city and the lake, and still travels to made-up worlds as often as she can. Sacha can be found online at sachawunsch.com.
http://sachawunsch.com 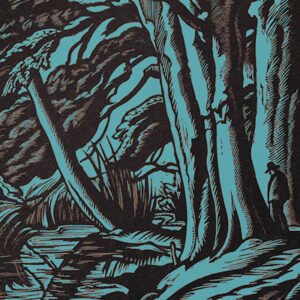 A few years ago, when I decided to move from my city apartment into an old small house in the woods, everyone thought I was crazy....
© LitHub
Back to top