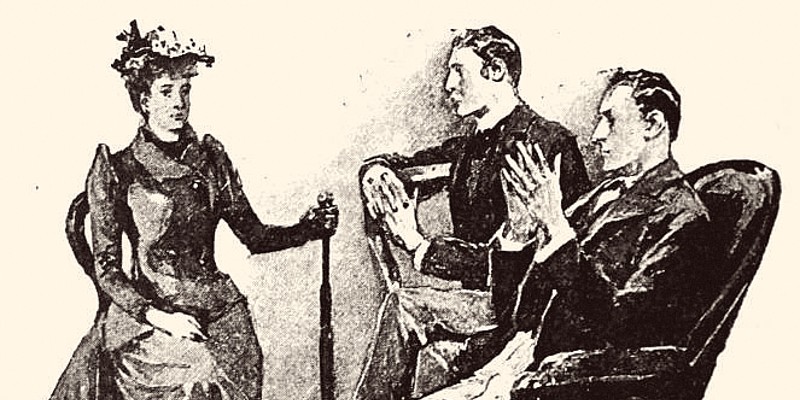 At the dawn of a new era, detectives, amateur sleuths, and gentlemen thieves stepped into the spotlight.

The  Victorian era is, for what seem like obvious reasons, defined by the life span of the British Queen Victoria, which dates from her birth in 1837 and ends with her expiration in 1901. Those early years, when she was an infant and then a toddler and then an adolescent (although it may be difficult to envision her as such) did not actually produce much in the way of what we recognize as “Victorian fiction,” which developed later in her life—and beyond. Indeed, much Edwardian fiction, if we read it without being aware of publication dates, has precisely the tone and attitude of the works produced during her long reign. Nonetheless, this volume strictly adheres to the parameters of her time on this side of the grass. 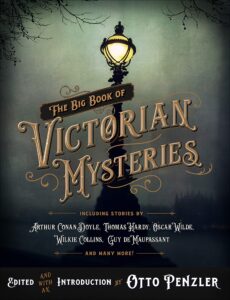 The possibility of detective fiction was slim until there was such a thing as a detective. In England, the first stirring of an organized police force was the formation of Robert Peel’s Metropolitan Police Act in 1829, which established London’s Metropolitan Police. As a consequence, the branch that became the Criminal Investigation Department (CID) was created in 1878 to undergo detective work. Acknowledgment of Peel’s achievement continues to the present day as English police officers are commonly referred to as “bobbies.” Yes, there had been Bow Street runners toward the end of the eighteenth century, but crediting them with being organized is an optimistic hallucination.

This development of a police department resulted in a new literary genre that quickly became highly popular: the memoirs of police officers. This avalanche of allegedly true, real-life adventures, memoirs, reminiscences, experiences, notebooks, etc., of detectives—frequently noted the protagonist’s connection to Scotland Yard or other police forces in Edinburgh, Dublin, London, and other, more remote, crime-fighting organizations—became the favorite reading of a large section of the British public.

The proliferation of these books, mainly written by hacks who were far more interested in creating thrills and suspense than in accurately portraying genuine police cases, was abetted by the development of printing and binding processes that made books less expensive to produce and thus more affordable for a larger portion of the public than ever before. This coincided with a greater emphasis on literacy in Great Britain, increasing the potential readership for these memoirs, as well as other types of popular fiction.

The first author of distinction to use a policeman as a major character in a work of fiction was Charles Dickens, who created Inspector Bucket as a crucial figure in Bleak House (1852–1853). The publication of the novel did not spur an immediate rush by the literary crowd to write more novels and stories about police officers, but it did open the door a crack to encourage writers to work in the crime genre, frequently known in those days as “sensation” novels. Wilkie Collins, a friend and frequent collaborator of Dickens, sometimes credited, sometimes not, was the first and best author who followed in his wake, first with the nearly perfect book, The Woman in White (1860), and then The Moonstone (1868), famously described by T. S. Eliot as “the first, the longest, and the best” detective novel of all time. He was wrong on all three counts but it would be rude to quibble about this worthy book.

In the short form, credit is (correctly) given to Edgar Allan Poe with the invention of the detective short story upon his publication of “The Murders in the Rue Morgue” in 1841. While the story strives for and succeeds in creating excitement, stretching credibility, it and Poe’s next two detective stories, “The Mystery of Marie Rogêt” (a genuinely boring narrative) and the exemplary “The Purloined Letter,” laid the foundation for detective fiction as it has been conceived and executed ever since. These seminal works, collected in Poe’s Tales (1845), were relatively unsuccessful as the public cried for more of his tales of horror and the supernatural and contemporary authors therefore did not follow in his footsteps. Seeley Regester’s novel The Dead Letter (1867) caused no stir, though Anna Katharine Green’s The Leavenworth Case (1878), more than thirty years later, enjoyed success, as did the books she wrote for the next forty-five years.

Apart from these and a few additional anomalies, it took Arthur Conan Doyle and Sherlock Holmes, the most famous person in the world, to bring the detective story to its place as the most popular literary form in all of fiction.

Although the publication of his first two novels about Holmes, A Study in Scarlet (1887) and The Sign of the Four (1890), brought Doyle some success, it was his clever invention of connected stories that put him at the apex of the pantheon of the most significant British writers of detective fiction. While it had long been a popular feature of magazines to serially run chapters of novels in its pages, Doyle conceived the notion of having a complete story in a single issue but featuring the same central character in an ongoing series. He suggested the idea to the fledgling Strand Magazine and H. Greenhough Smith, its editor, understood the concept and immediately jumped on board; the success of Holmes and The Strand were assured.

“After Holmes, the deluge!” as the great bookman and Sherlockian Vincent Starrett accurately noted. The enormity of the popularity enjoyed by Doyle and his Holmes adventures was lost on neither authors nor publishers. The race was on to find the next detective hero and there was no shortage of authors scribbling madly away nor of magazine and book publishers eager to publish them. Many were promoted as a rival of Holmes (as if), the new Holmes, the American Holmes, the female Holmes, and so on. Some were excellent, many were pretty good, and the majority were dross—roughly in equal percentage to most things in the world of the arts.

This volume attempts to identify and collect the greatest of the great, the best of the very good, and avoids the dross in the history of Victorian mystery stories. The self-imposed limit of one story per author (with a few exceptions) means that you won’t find twenty Sherlock Holmes stories here, nor some of the outstanding works by Wilkie Collins, Joseph Sheridan Le Fanu, and Robert Louis Stevenson. You will find familiar names and some obscure ones, with a focus on including stories of historical significance in the development of the genre.

In addition to the outstanding detective stories of the era, there are a large number of crime stories. While an immediate response to the notion of burglars, robbers, and other miscreants may seem counterintuitive to an aficionado of detective fiction, now as well as then, the skill of the creators of these characters often changes our minds, giving us a somewhat different perspective. Criminality is repugnant to most decent and honorable people, yet sympathetic safecrackers, con men, and other rogues may not be quite the scourge that they seem to be at first blush.

Many of the crooks in this collection steal for a good cause, to help a friend extricate himself from a difficult situation, or to behave like Robin Hood. Some of the most charming criminals merely love the excitement of the game, and some steal from people who seem eminently worthy of having their pockets picked.

As mentioned above, the early days of the Edwardian era were hardly distinguishable tonally and psychologically from the latter years of Victoria’s reign. This, however, slowly began to change, and then was tumultuously and irrevocably altered with the outbreak of the first World War.

As the nineteenth century drew to a close, the seeds of change were beginning to sprout like daffodils in March when it was too cold for them to blossom but their heads were visible poking through the softening ground. For what seemed like the first time in British and American history, young men ceased to attend evening prayers, while women openly smoked cigarettes. Some even advocated suffrage. It wasn’t long before they exposed their ankles. Automobiles were replacing horse-drawn carriages, and gas-light was giving way to electric illumination. A new era was beginning.

The Victorian age seemed a simpler, more genteel time, romantic in our vision. The harsh reality for the greatest part of the population was quite different, as poverty still held them captive. Most of the stories in this book have the delicious image of manor houses and gentlemen’s clubs, of dress balls, dinner jackets, and beautiful gowns, of fabulous jewels and glorious inheritances. And excellent manners.

Let’s enjoy this vision, not think about what dentistry was like a century and a half ago. 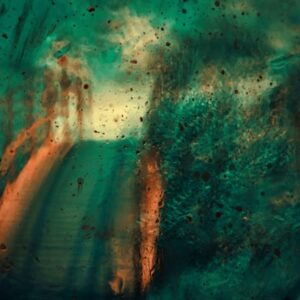 If you’re anything like me, the books that tend to stick with you are the ones that simply blow your mind. The ones that...
© LitHub
Back to top