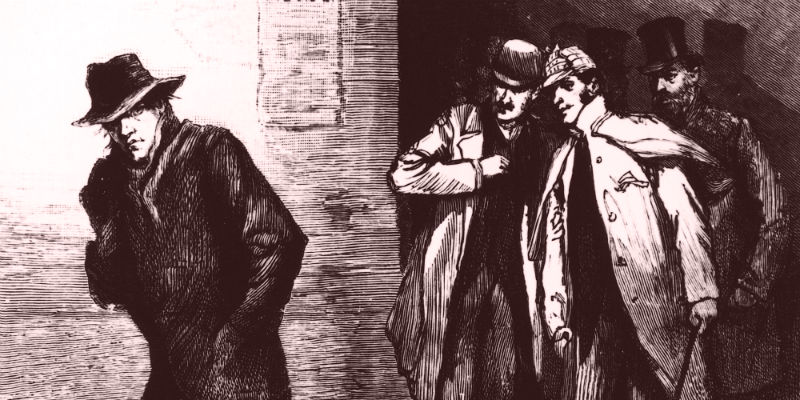 A New Theory in the Mystery of Jack the Ripper

Oscar Wilde, Social Reformers, and the Strange Links in a Century Old Mystery

It’s a bold claim, but I am going to make it. I believe I have solved the mystery of Jack the Ripper. And intriguingly, given last year’s events in the beautiful English cathedral city of Salisbury, where Russian operatives were sent to assassinate Sergei Viktorovich Skripal, a former Russian military intelligence officer who acted as a double agent for the Britain’s intelligence services during the 1990s, the truth about Jack the Ripper involves the Russian state and British espionage. In 2018, there were echoes of 1888.

Let me begin with a recap and then explain how I believe I have managed to solve a mystery that has remained unresolved for so long.

Between 3 April 1888 and 13 February 1891, eleven women were brutally murdered in the Whitechapel district of the East End of London. Most, if not all, were prostitutes. One survived long enough to reveal that she had been the victim of more than one assailant. Another was stabbed thirty-nine times. Seven had their throats cut. Four suffered grotesque abdominal mutilations. Two were killed on the same night. One was beheaded.

Then, and ever since, some or all of these horrific crimes have been ascribed to an unidentified serial killer known as Jack the Ripper. He has become the most notorious felon in the annals of crime. More books have been written about him than any other murderer.

Who was he? For more than a century speculation has been rife and the scores of those accused range from a simple-minded Whitechapel barber to Lewis Carroll, the author of Alice in Wonderland, from Queen Victoria’s doctor (Sir William Gull), to her surgeon (Sir John Williams), to her eldest grandson (Prince Albert Victor, Duke of Clarence and Avondale). Recently the American crime writer, Patricia Cornwell has convinced herself (if few others) that the perpetrator was the celebrated artist, Walter Sickert.

I now believe I know the truth. I have stumbled on it, almost by chance, partly through exploring the papers of one of my forebears (my grandmother’s first cousin), the Victorian journalist and social reformer, George R Sims, and partly through my interest in Oscar Wilde.

For some years I have been writing historical detective stories inspired by the real-life friendship between Oscar Wilde, playwright and aesthete, and Arthur Conan Coyle, the creator of Sherlock Holmes. They were an odd couple, introduced to one another, in the summer of 1889, by an American publisher who had come to London looking for up-and-coming authors who might be persuaded to write murder mysteries in the wake of the Jack the Ripper killings. As a result of the meeting, Conan Doyle produced his second Holmes adventure, The Sign of Four, and Wilde wrote The Picture of Dorian Gray.

At the time, Wilde lived with his wife and two young sons in Tite Street, Chelsea, where, extraordinarily, one of his immediate neighbours was Melville Macnaghten, recently appointed as head of the Metropolitan Police Criminal Investigation Department and tasked, in 1894, with producing a definitive report on the Whitechapel murders.

After reviewing the evidence, Macnaghten concluded that only five of the notorious murders were the work of the same hand and, of the police’s principal suspects, Macnaghten became convinced that a 31-year-old Oxford graduate, Montague John Druitt, was most likely the guilty party. There was no hard evidence to link Druitt with the murders, but, according to the police, Druitt was a doctor (and because the murders involved body mutilation, doctors, barbers and butchers were seen as likely culprits) and the Ripper-style murders ceased around the time of Druitt’s suicide in December 1888.

In fact, as Oscar Wilde knew (because he and Druitt had been contemporaries at Oxford), Druitt was a lawyer, not a doctor, and his suicide was most probably prompted by the discovery of an illicit relationship he was having with a schoolboy.

It is clear from reading Macnaghten’s report, and from even a cursory study of the police files of the time, that the police operation, though extensive, was haphazard at best and hopeless at worse. The Whitechapel murders were committed before the advent of fingerprinting. Forensics were minimal. Hundreds of so-called witnesses were interviewed, but what they had or hadn’t seen in the dark and fogbound back alleys of Whitechapel varied from one witness statement to the next. It is evident from the lack of evidence that the police, quite literally, did not have a clue. As Oscar Wilde noted gleefully, the Whitechapel constable doing much of the legwork even gloried in the name of PC Thick.

In the aftermath of the first murders, the press had given the Whitechapel killer the sobriquet, “Leather Apron.” This was because an early suspect had been a Polish Jewish slipper-maker and boot finisher, John Pizer, who had a reputation as a prostitute-baiter and wore a leather apron. Pizer was rapidly ruled out (he had sufficient alibis) and a new, more telling, sobriquet for the killer sprang to the fore shortly afterwards when someone, claiming to be the murderer, sent a postcard to a news agency in which he called himself “Jack the Ripper.”

That “someone” was almost certainly a journalist and not the killer, but the name caught the public imagination immediately and Wilde (always fascinated by the power of names) later maintained that it was the potency of the sobriquet that helped give Jack the Ripper his near-mythic status. In my view, it is also what confused the police, persuading them that they were looking for just one murderer—Jack the Ripper—although confronted with an assortment of murder victims killed in a variety of ways. Even Macnaghten’s “canonical five victims,” as they came to be called, were not slaughtered in identical fashion.

Having read Macnaghten’s report and the unpublished papers of George R Sims, who was a friend of both Macnaghten and Wilde and, as a journalist, covered the story from the start, my conclusion is that at least ten of the eleven Whitechapel murders, plus others committed in London between the summer of 1888 and the spring of 1894, were the work of two of the other prime suspects who feature in Melville Macnaghten’s report. Both these men were Eastern European emigrants eventually incarcerated in London lunatic asylums. In my book I name them and explain their strange history and curious relationship. But they were not lone wolves. The murders they perpetrated were part of a deliberate campaign that involved a range of atrocities designed to create terror and undermine the British state in general and the Royal family in particular.

The 1880s and 1890s were febrile times when anarchists and revolutionaries were busy making murderous mischief in several European capitals. In London one of the places where they gathered was the Club Autonomie in Soho, whose members included the French anarchist, Martial Bourdin, who died in February 1894 when the explosives he was carrying detonated prematurely outside the Royal Observatory in Greenwich, and another anarchist (and psychopath), a Russian, who, I believe, is the evil genius who masterminded the Ripper killings and many others.

This Russian, incidentally, was also an informal agent working for the British government, which is one of the reasons why those who had their suspicions about him at the time said nothing.

It’s a complicated story, involving espionage, police incompetence, skulduggery in high places, and the cruel exploitation of mentally ill people, as well as the brutal murder of innocent women.  I have written it up in novel form because I was not there at the time and cannot prove everything I assert. I have written it as fiction, but I believe in all essentials it is a matter of fact.

Gyles Brandreth is a writer, broadcaster, former MP, Chancellor of the University of Chester, and one of Britain's most sought-after award ceremony hosts and after-dinner speakers. His many books include the Oscar Wilde Murder Mysteries and The 7 Secrets of Happiness. 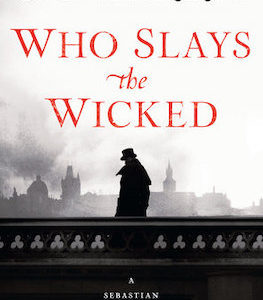 His name was Sir Felix Paige, and he’d been a friend of Ashworth since the two were boys together at Eton. Sebastian...
© LitHub
Back to top