Don't reach for the safety, authors. That's a revolver in your hand.

This may come as a surprise to the reading public, but cops enjoy a good mystery, detective story, or police procedural as much as the next avid reader of the genre. You would think we’d get enough of cops ‘n robbers, but we don’t.

Crime fiction is just that. Fiction. The caveat is that to ring true, it needs to be accurate. Even our favorite authors can damage the best of stories when they don’t do their homework or slip in tired clichés about police work.

Firearms, firefights and gunplay is fertile ground for the crime writer. We get that. We understand the need for the dramatic, though in real-life most cops will do a career without shooting someone. A gunfight is far more interesting than an hours-long, door-to-door canvas, hoping to find a witness who might shed light on an investigation.

If you want to make a real cop cringe, paint a picture of some gumshoe thumbing the safety off on his or her revolver! Revolvers don’t have safety’s! Nope, never!

Excellent research will reveal other differences between these handguns. Common calibers like .38, .357, and .44 are associated with revolvers. The semi-auto often runs 9-millimeter or perhaps .45; typical bore diameters. Mixing calibers and types may not be obvious to the casual reader, but if you’re a cop, it’ll stick out like a sore thumb. For more authentic writing, keep those details straight. There are plenty of firearm gurus out there who’d be happy to aid in getting it right.

Walking around with partially loaded guns is a crime fiction trait and is found in about every cop movie ever made. Police officers and detectives in novels routinely thumb the hammer back on their revolver or work the slide (or in most novel parlance, “rack the slide”) on their semi-auto to make a dramatic point. Real cops always carry their weapon loaded and ready to go. If they have to use their gun, they pull it and use it without unnecessary theatrics.

It never rings true though, when the crook has a gun to the protagonist’s head, and the cop is cool enough to crack wise.

God forbid a crook should get the drop on a policeman or policewoman and have them at gunpoint. A dark moment for any cop, but we too enjoy the drama and suspense. It never rings true though, when the crook has a gun to the protagonist’s head, and the cop is cool enough to crack wise. We can tell you from experience that when your own mortality is on the line, the first thing that comes to mind is not ‘I don’t mean to interrupt, but you really should do something about that dandruff.’ Witty and terrified should not be found in the same sentence.

Another mild annoyance to those of us in this business… crime writers would do themselves a favor if they’d stop reading Miranda Rights to every desperado they throw the handcuffs on. The detectives will do that, way down the road. You want your suspect to spill. Let them prattle on, they might say something interesting, or valuable. When you Mirandize, you’re telling the crook to shut up. It’s just not how the system works.

As one of our former partners liked to say, “You know what chaps my hide…” some cop gets jumped by two or three thugs, gets beaten half to death, and they dump him down the stairs. He pops up running and goes head long into the grill of the bad-guy’s screaming Mercedes coupe, bounces across the hood, airborne off the glass and skids across the pavement into the gutter. This is where it always gets rich. The Benz screams off into the night and the copper groggily comes to, rolls over and drags his broken self to his feet. He wipes the blood off his face with his coat sleeve, and by morning he’s in the detective bureau, drinking a cup of joe with three steri-strips over an eyebrow and a case of sore ribs.

A scene like that could only be written by someone who has never been in a real fight in his, or her life. In the real-world minor scuffles will leave you gassed and gasping for air. And you can count on being strained and sore for a few days thereafter. Most any time a blue suit is forced to strike someone with his or her fist, the likely result is a broken hand. Then, a trip to the ER, a cast and days off the job.

Here is another non-starter for the men and women of law enforcement… private eyes or attorneys who help solve cases. Never in our entire careers as detectives did we seek, or listen to the counsel of a private investigator. If we caught a PI on the wrong side of the crime scene tape, or God forbid picking up a piece of evidence, the SOB would still be in jail!

The list can extend. When you read about some undercover lawman picking a lock in three and half seconds, cops know the writer is not informed. The only lock ever picked like that, is on some pink unicorn diary in little Annie’s bedroom.

The one-man surveillance, that’s another dead giveaway. It’s in so many books and it’s impossible to do. In most scenarios the good guy parks across the street from his suspect, makes a U-turn when the crook moves away from the curb and pulls in right behind him, surveillance on! An actual surveillance will have a team, four or five cars at least, all kinds of communications equipment up and spinning, maybe a plane in the air if you’re resourced and still you don’t always make the tail.

There’s a lot that you can get wrong when writing crime fiction, even with the best of intentions. Flip your paradigm from crime writer to lawman and do a proper investigation into your subject. You can be assured it will lend credibility and authenticity to your project. 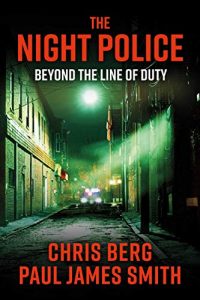 Except for a short stint living in New York City, Chris Berg has lived on the left coast all his life. After graduating with his B.S. from San Jose State University, he found his true calling and in 1977, he became the third generation of his family to sign on as a lawman. The graveyard shift suited him just fine, and it was there he joined the ranks of the Night Police. He worked as an evidence technician, long before CSI was a thing, and as a detective, his assignments included Vice and Intelligence. But it was his posting as an undercover narcotics agent that fit him best. With hundreds of narcotics investigations under his belt, he became a field training officer for up-and-coming undercover detectives. He filled in the career gaps testifying as a court-certified "expert witness" in narcotics and dangerous drug investigations throughout the west. After an injury forced his early retirement, his new corporate job routinely took him to places like Malaysia, Dubai, Moscow, Rio de Janiero, and Beijing. It led him to associations with the UK's MI5 and MI6 intelligence services and work with most of America's alphabet agencies. He even spent a frigid All Saint's Day in a very eastern European city "drinking well" with a couple of mysterious ex-Stasi operatives. In 2017 he teamed with his real-life Night Police partner Paul James Smith, lighting the fuse for the next big challenge. The Night Police, the first novel in the series, is the result. He and his wife Janet now call northern California and Boston home. Their daughter, currently in grad school, is likely the fourth generation of law enforcement in the family—not counting Finnegan, her first horse, who retired from the United States Park Police! He also keeps up with his passions: baseball, fishing, and all things cooking and BBQ, not necessarily in that order. 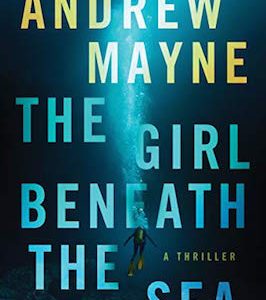 Something else is in the water. Never dive alone. Dad’s words ring through my head as something splashes above me. My hand...
© LitHub
Back to top