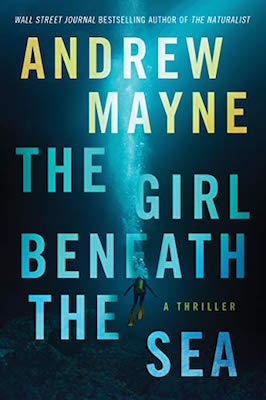 The following is an exclusive excerpt from The Girl Beneath the Sea, by Andrew Mayne. When Florida Police Diver Sloan McPherson discovers a dead woman floating in a canal, she doesn't know that the mysterious connection between them will make her more of a suspect than investigator in the eyes of the system. With few allies she can trust, Sloan must find the real killer and navigate a sea of conspiracy before it pulls her too far into it.

Something else is in the water.

Never dive alone. Dad’s words ring through my head as something splashes above me. My hand goes to the knife strapped to my leg. I take long breaths through my regulator and try to stop myself from fidgeting.

If I’m already being hunted by something, it won’t really matter. Avoiding sudden movements is a way not to surprise an alligator or crocodile that hasn’t noticed you. If they have . . . it won’t make a difference.

I didn’t see any large reptiles on the bank of the canal when I dived in, but that doesn’t mean one couldn’t have slipped past my attention.

Unfortunately, I can’t see more than a few feet in front of me because of the murkiness of the water and all the sediment my shovel has kicked up from the bottom. The only wildlife I’ve observed so far is a curious turtle that quickly bobbed the other way once she spotted me.

An alligator in this canal wouldn’t be unusual. I’ve been around them my whole life. I don’t have any special fear of the toothy reptiles, only a healthy respect. As a teenager knee-boarding up and down the 84 Canal behind my boyfriend’s boat, I saw them all the time. They’d watch from the banks with their greenish-yellow eyes like bitter old men remembering the days before the rambunctious kids moved into their neighborhood. The gators had a good run, spending millions of years here in Florida as the peninsula rose from the ocean floor, sank back, and rose again, over and over, outlasting the saber-toothed cats, ground sloths, elephants, and camels that all called Florida home at one time or another.

When people think of Florida, they tend to visualize the beaches, the blue-hairs, and the Everglades—forgetting the long history of the region. That’s why I’m fifteen feet underwater in an unusually deep depression in a canal that feeds into the Intracoastal Waterway. Somewhere below the muck I’m probing with my shovel, there’s a story to be told.

Until the splash, I was looking for rocks and fossil fragments to bring back to my PhD adviser as a favor. On the wall of her office at South Florida University is a map of the region with little Post-it notes marking potentially interesting paleontological and archaeological locations. This is one of them.

She got excited when I told her I dived for the police department and could help her investigate some of those sites—which basically meant me bringing her plastic bags of unusual things I found.

In a hole like this, you could find dinosaur fossils, mammoth bones—try to imagine those massive creatures roaming across the Sunshine State—or even ancient human remains. The Tequesta people spent two millennia in this area, and we still know very little about them. The fact that the Spaniards forcibly resettled many of them to Cuba didn’t exactly help preserve their culture.

I remind myself that I might be risking my own extinction if I’m not careful. I take the knife out of the sheath, hold it in front of me, and pull my legs in so there’s less to chomp on. In my other hand, I raise my shovel as a second weapon.

Although exceedingly rare, human deaths from alligators have increased as both of our numbers have gone up. If there’s an alligator in the water, 99.999 percent of the time it couldn’t care less. Millions of people come within feet of them every year without a problem.

Then there’s the growing population of crocodiles, which are much more aggressive. Add to that the even more ferocious Nile crocodiles now swimming around out here too. Not to mention the increasing numbers of invasive giant pythons . . .

I slowly turn my head and scan the water around me, ready to stab the eyes and snout of anything that emerges through the murk. I could be less than two yards away from a twenty-foot alligator and not even know it.

I exhale a big burst of bubbles, letting anything nearby know I’m here. It’s better to surprise something from far away than accidentally step on it.

Satisfied that I’m not about to be attacked in the next half second, I decide it’s time to surface and head for the bank.

I kick and swim for the shining surface, working my fins until my head pokes above the water.

I half expect to see an alligator floating a few yards away watching me with a lazy expression. Instead, I’m greeted by a green canal still rippling from my own waves.

It’s when I turn toward shore that I feel my heart stop.

I’ve swum close to alligators hundreds of times. I’ve seen more sharks than I can count.

The sight that greets me isn’t the first time I’ve seen something like this . . . but never so unexpectedly.

The splash I heard wasn’t an alligator slipping into the water.

It wasn’t a crocodile or a slithering snake.

It was a body.

Dumped into the canal while I was underwater. 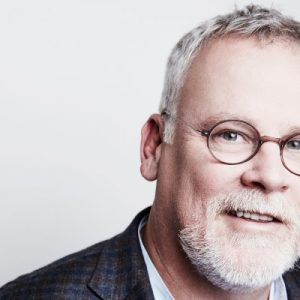 My First Thriller:
Michael Connelly Michael Connelly is best known for his Harry Bosch detective novels and his Lincoln Lawyer series. He has also written...
© LitHub
Back to top