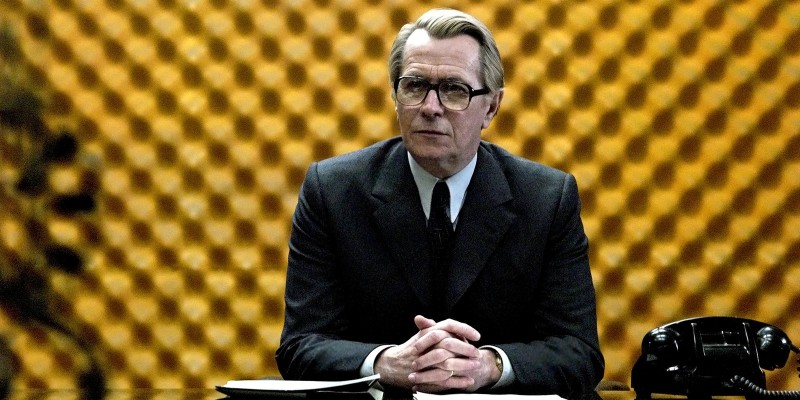 "...a play in which the hero kept silent and everyone round him spoke incessantly"

“Then he began speaking about himself, and already, to Smiley’s eye, he seemed quite visibly to be shrinking to something quite small and mean. He was touched to hear that Ionescu had recently promised us a play in which the hero kept silent and everyone round him spoke incessantly. When the psychologists and fashionable historians came to write their apologias for him, he hoped they would remember that that was how he saw himself.”

“So how did you get the idea?” asked all eight billion human beings on Earth (or what felt like it) when I let slip that I have a book coming out. Not complaining, of course, it’s nice when a species takes an interest. But it puts you in the unfortunate position of having to choose a palatable lie.

People don’t actually want to know how any given writer got “the idea” because the story would be incredibly long and unutterably tedious and include sentences like “after the third or fifth draft I realised it wasn’t working but that this character perhaps had a bit of potential and then I thought about an idea I had had years ago in college when I was studying Descartes under the influence of a hangover and a near-overdose of Adderall and that led to another manuscript which ultimately went nowhere…” you see how it goes. What people really want is the quick, clean origin story; the moment you were bitten by the radioactive bug of inspiration and became THE WRITER.

My book, When The Sparrow Falls, is an attempt to do a Le Carré-esque espionage thriller with super intelligent AI set in an enclosed totalitarian future state, and the origin I give is “I saw the 2011 version of Tinker Tailor Soldier Spy.” That’s a fib. What actually happened is I saw the trailer for Tinker Tailor Soldier Spy and was instantly hooked on the atmosphere, the razor-sharp tension and Gary Oldman as a quiet, grey almost perfectly still spectre.

That was my first introduction to George Smiley, who would become a huge influence on my own character, State Security Agent Nikolai South.

But it’s embarrassing to say your novel was based on a thirty second commercial so I tell people it was the movie.

I quickly fell down a rabbit hole. I saw the film, which amazingly managed to exceed my expectations, I read the book, I read the Honourable Schoolboy, Smiley’s People, The Spy Who Came in from the Cold and The Looking Glass War. I binged the original BBC mini-series of Tinker, Tailor. I read A Legacy of Spies which Le Carré wrote when he was in sight of 90 years old and may be his best work, which is just showing off, quite frankly.  And I loved all of it. I loved George Smiley, but I couldn’t quite put my finger on why.

John Le Carré aka David John Moore Cornwell, born an Englishman before seeing sense and dying an Irishman, was a former British intelligence officer who created the character of George Smiley as “an antidote” to the other great literary British spy, James Bond and the contrast could not be starker. Le Carré went out of his way to create a thoroughly “unheroic” hero (I mean “heroic” in the classical sense, Smiley is a thousand times more moral than Bond at his best behaved).

Bond is classically handsome, Smiley is overweight and bespectacled. Bond wears finely tailored suits and luxury watches. Smiley can’t wear hats because he thinks they make him look ridiculous (and, the omniscient narrator assures us, he is correct). Bond is a sexually rapacious bachelor if not an actual rapist. Smiley’s wife seems to be sleeping with everyone in England but Smiley.

Even the name is ridiculous: Smiley.

Try and imagine hearing the words “No Mr. Smiley, I expect you to die” and not smirk.

Le Carré, of course, did not invent this trope. Smiley is of a tribe with Agatha Christie’s Miss Marple or Chesterton’s Father Brown. Quiet, unassuming characters who appear faintly ridiculous and harmless until they finally reveal just how cunning they really are. Nor are they limited to literature; see Columbo or Margie Gunderson.

But why do we find characters like this so compelling, when they seem to have been almost custom-built to not be compelling? Why do we love unheroic heroes?

Here was the moment that finally inspired me to write the play The Caspian Sea, which ultimately became the novel When the Sparrow Falls (I told you, it’s never a short story).

Near the end of Tinker, Tailor, Soldier, Spy Smiley confronts “Gerald,” the agent who has been feeding intelligence to Moscow. “Gerald” has decided to work for the Soviets not because of moral or political conviction but because, ridiculously, he finds the new post-war American led world order to be unspeakably gauche. He betrays the West out of a sense of affronted artistic taste. As he explains himself Smiley sees him “visibly shrink into something quite small and mean.” “Gerald” describes himself as a hero who “kept silent and everyone round him spoke incessantly.” But, of course, “Gerald” can’t shut up. He’s longing for understanding, for approval, for validation. He desperately wants his own inflated view of himself to be the judgement of history.

The hero he’s describing is not himself, but Smiley.

Reading that passage, I was reminded of Stanislav Petrov, the real-life Soviet Air Defence Colonel who consciously chose to ignore what his console told him was an incoming American missile. Knowing that reporting this could trigger a Soviet counter-attack and cause the end of all life on Earth, he elected to do the most moral, radical and heroic thing he could: nothing.

The germ of Nikolai South was born there; a character whose most noble act is to save another’s life by refusing to act to save his own. A hero who does nothing.

Why do we love George Smiley? Because he represents a kind of heroism we can believe in, indeed, that we see every day. Quiet, unassuming people, doing their work to the best of their ability. Humble. Kind. Not perfect, and never for a moment pretending to be.

In a loud, angry, brash age of “Gerald”’s presenting themselves as great moral crusaders in their own story, there is something immensely appealing about a quiet hero. 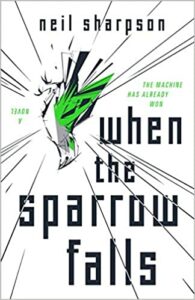 Neil Sharpson lives in Dublin with his wife and their two children. Having written for theatre since his teens, Neil transitioned to writing novels in 2017, adapting his own play The Caspian Sea into When The Sparrow Falls. A huge fan of animation, Neil writes Unshaved Mouse, a comedic review blog mostly focusing on animated film and comic book movies. 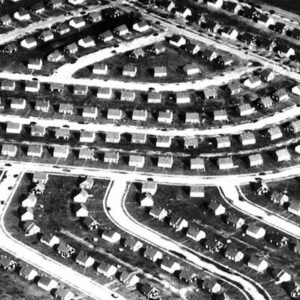 When I was growing up on Long Island in the seventies, New York City loomed in the distance as a large and dangerous place....
© LitHub
Back to top