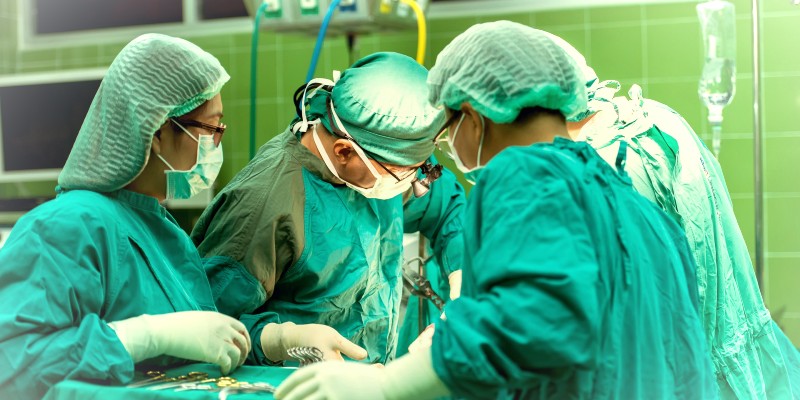 An author and ER physician reflects on two converging crises.

As an emergency physician and author of speculative medical fiction, I’ve written multiple novels about pandemics, even one entitled Pandemic. But it’s surreal to find myself working in the ER during the peak of the two most deadly epidemics to rock the twenty-first century: COVID-19 and the opioid crisis. It sometimes feels as though I have stepped into the pages of one of my thrillers and stumbled onto a catastrophe which is deadlier than anything I ever imagined.

My latest novel, The Last High, tackles the issue of the opioid crisis head-on in the form of a gritty thriller set in my hometown of Vancouver. After five teenagers overdose and die from an ultra-potent fentanyl analogue they didn’t even know they had taken, a detective and a doctor team up to tear through city’s criminal underbelly to find the source of the tainted drug and stop its lethal distribution. The Last High explores the perfect storm of greed, addiction, and crime behind the real-life malignant spread of fentanyl. Having worked for twenty years in an ER at the epicenter of Vancouver’s opioid crisis, it’s a tragic world I know all too well. And while the story is fictional, I believe it could unfold tomorrow almost exactly as written.

You might wonder: how can I relate a manmade social crisis such as the opioid epidemic to a naturally occurring cataclysm like the COVID-19 pandemic? It’s a fair question, but surprisingly, there are many parallels between the two. Each affects the other. And having seen people die of both COVID-19 and fentanyl, trust me, they can be equally heartbreaking.

The first obvious comparison is the sheer scale of the disasters. As of this writing, more than 75,000 Americans have died from COVID, and it appears devastatingly inevitable that another ten to fifty thousand will still perish by the end of summer. That is a staggering body count. But then consider that in the last twenty years, opioids have killed more than 500,000 Americans. COVID-19 and opioids are two mass murderers of the worst kind. And while these heartless parasites spare no one, each preferentially targets two of the most vulnerable subgroups in our society—in the case of opioids, the disenfranchised and often homeless, and for COVID-19, the elderly. The average age of death for a COVID-19 victim is roughly eighty years old, while most opioid overdose casualties are under the age of forty.

You could argue that while COVID-19 is the most random of serial killers, opioid overdoses—tragic as they might be—reflect a high-risk lifestyle choice, comparable to cliff diving or drinking and driving. Maybe. But then again, maybe not. Nine out of ten of American opioid abusers are launched down their hazardous path via the use of prescription painkillers, most of which are legitimately prescribed to them. Also, addiction of any type, including opioid dependence, is recognized as a genetically inheritable illness. Besides, opioids do not exclusively kill substance abusers. Far from it. The people often at the highest risk of dying are first-time dabblers or relapsed addicts whose systems have no tolerance for the extreme potency of fentanyl. There are also countless examples of people who die from opioids unaware they had ever consumed them.

Like a pair of fictional villains, the two epidemics conspire to make each other worse.

Moreover, like a pair of fictional villains, the two epidemics conspire to make each other worse. Some of the highest risk outbreaks of COVID-19 are occurring among the densest inner-city regions, where substance use runs rampant. Addicts are more likely to be incarcerated or homeless, so vital measures such as quarantining, hand hygiene, and self-isolation become futile. This not only puts fellow users at risk, but it also increases the chances of propagating the virus beyond the inner cities and through to the rest of the community. Picture a raging wildfire that pounces upon the driest and most densely bunched trees in the forest and imagine the fuel that adds to its flames.

The impact COVID-19 is having on opioid addiction is equally lethal. Recently, through significant health, governmental, and community interventions, we finally saw a flattening of the curve of overdose deaths among opioid users. In the last year or two, the absolute number of deaths had plateaued and begun to decrease in many regions. But with the advent of COVID-19, we are witnessing another spike in those deaths. Resources are stretched, the most vulnerable are isolated, and users are sometimes, ironically, too scared of catching the virus to attend safe injection sites or use with fellow users. Taking opioids alone puts them at much higher risk of death than COVID-19 ever would.

Nothing epitomizes this deadly spiral better than the fate of one of our patients who used to be a frequent visitor to our ER. I’ll call him Brad and say he was thirty-five-years-old, although neither is true. What is true is that Brad had a big heart and a crippling drug habit, which he battled ferociously through several stints in detox and rehab programs. Brad lived on the street and was susceptible to nasty skin infections, which brought him often to our ER. Brad’s final visit came last week, when he presented with a cough and fever, terrified he had acquired the virus. We kept him overnight until his COVID swab test came back negative. My colleagues tell me Brad laughed in relief when he heard the news. But two days later, he was found dead in an alley from an opioid overdose.

Maybe Brad wouldn’t have been using alone if he wasn’t so afraid of this virus. Who knows? But what I do know is that we can learn a lot from lessons gained in fighting this pandemic and apply them to the opioid epidemic. Both are invisible, tenacious enemies that require a fierce and multi-pronged defense. If we employ the same herculean effort and desperate urgency to battling the opioid crisis as we have to this pandemic, then maybe we can flatten both curves and silence not one but two horrific killers.

As a writer with an insider’s perspective, I am thankful for the opportunity to shed a ray or two of light on the opioid epidemic. I don’t believe I’ve ever written a story with themes that are more relevant to me and my clinical work. Obviously, I want to engage and entertain readers with every single page, but I hope they will also finish The Last High with a better sense of the massive scope and breadth of this tragedy. I also hope they will realize that there is no one criminal or organized crime syndicate to blame. So many are culpable, from the gangs who fuel the trade to the medical professionals who have allowed prescription-related opioid abuse to reach the level it has. But perhaps, most importantly, readers will see there is no one typical casualty of the opioid epidemic. The victims come in all shapes, genders, and ethnicities. And these are all stolen lives that leave families and loved ones mourning their senseless losses for years to follow. Like COVID-19, this opioid crisis is truly one that has the potential to touch almost anyone and rob so many of everything. 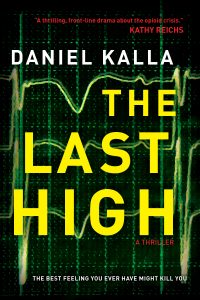 Daniel Kalla is an internationally bestselling author of novels, including Lost Immunity, The Last High, and We All Fall Down. Kalla practices emergency medicine in Vancouver, British Columbia. Visit him at DanielKalla.com or follow him on Twitter @DanielKalla.
http://DanielKalla.com 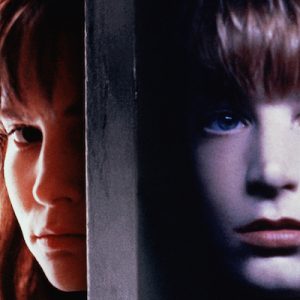 Stalker. The word conjures a threatening image of a shadowy figure lurking…watching…waiting. The picture that comes to one’s...
© LitHub
Back to top