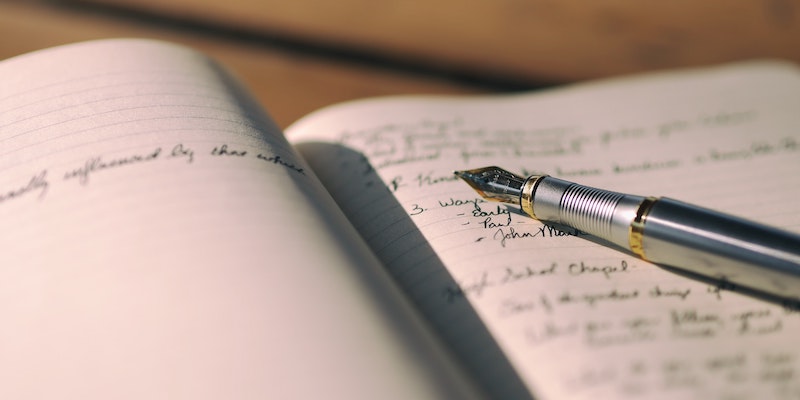 On the intense excitement of translating a mystery, line by line.

“You mean you, the translator, don’t read the novel all the way to the end before you start translating?”

My new friend, who’s a Swedish novelist, couldn’t hide his surprise as we sat chatting during our first encounter in Oslo, Norway. I’d just told him that I’d been astounded and thrilled by the plot turn as I put the last pages and paragraphs of his novel into English.

You see, the excitement of an investigation, a chase, an unexpected development, or a revelation is even more intense when you’re embracing the foreign-language text line by line and seeking to render it precisely and vividly into your own native language.

I’ve been a mystery and puzzle addict since my early years. In my teens I avidly consumed many of those classic British detective writers and their followers—Agatha Christie, John Dickson Carr, Arthur Conan Doyle (of course!), Dorothy Sayers, even their American imitator S.S. Van Dine with his insufferable upper-class sleuth Philo Vance. I was thirteen, reading a Dover book on cryptography at the local YMCA , when a couple of high school guys spotted me and couldn’t believe it. But then, as a high school sophomore, I discovered the wonderful, rich, alluring world of foreign languages.

My writer friend was intrigued by the fact that I’d begun studying Swedish so that I could read Henning Mankell’s “Inspector Wallander” series in the original language. This was before Laurie Thompson and others had translated them into English; I’d been reading them in German.

I took up literary translation as a hobby after retiring from the U.S. Department of State, where I’d served as a diplomat for more than thirty years. The North Face of the Heart is my fourth translation for Amazon Crossing and my second novel for Spanish author Dolores Redondo.

Popular fiction in translation is a satisfaction and often a comfort. A genre tale is inviting because it’s familiar in form. It’s often additionally satisfying because of an exotic culture and locale. My diplomatic assignments and foreign travel help me interpret those cultures and make them more vivid for the stay-at-home reader.

Police procedurals and crime novels in the languages that I read are generally similar. The best have striking protagonists whom readers are willing to follow from book to book. Dolores’s Amaia Salazar; Martin Beck, created by Sweden’s Sjöwall and Wahlöö; Inspector Maigret from Simenon; the specter-haunted Commissario Ricciardi of Maurizio de Giovanni; even the Turkish-German author Akif Pirinçci, whose protagonist is a cat!

While translating Redondo’s All This I Will Give to You (Amazon Crossing, 2018) —for which the American Translators Association surprised me with its biennial Galantière award last year—I drew upon diplomatic assignments in the Mediterranean and Spanish-speaking countries. For her new novel The North Face of the Heart, my knowledge of U.S. law and government helped shape the story, as did my familiarity with Austin, Texas, scene of the story’s climax.

It’s curious, but in structure, a three-year diplomatic assignment abroad often resembles the shape of a well-crafted suspense novel. The Foreign Service officer enters a new culture and new situation where he or she gathers information about the country, its politics, passions, and power structure. The officer seeks to explain these to decision-makers back home. And more often than not, there’s a story arc—events develop, factors become manifest, characters emerge or depart. The U.S. representative may play a minor part in the drama.

As for minor characters—I was surprised and flattered to find that Dolores gave my name to a secondary character in The North Face of the Heart!

Dolores sees The North Face of the Heart as a “gateway” to her internationally successful Baztán Trilogy about policewoman Amaia Salazar. What surprises—even astounds—about the novel is that she chose to set the principal action for her popular Spanish protagonist entirely in the United States.

A literary translator usually delivers the reader into an unfamiliar landscape, setting, and society. The North Face of the Heart turns that translation challenge inside out.

I received Dolores’s story in Castilian Spanish and was tasked to deliver the author, the characters, and the plot into my own country. The third-person narrative voice, generally neutral, was no problem. Because Amaia was sent abroad at the age of twelve, I decided she would be fully, colloquially bilingual.

Other elements of dialogue were harder to craft. At the Quantico training center, outsider Amaia Salazar deals with blunt Americans and European police officers who speak English as a foreign language. The story progresses to rural Texas and then to New Orleans, where dialogue required culturally appropriate speech that was richer and more nuanced than the original Spanish. The North Face of the Heart uses Texas and Southern idioms, cop talk, Black expression modulated for situation and status, and Cajun patterns heavily influenced by French.

Assistant Inspector Salazar faces vivid adversaries.  Aloisius Dupree, an almost supernaturally gifted FBI investigator, is intent on manipulating her uncanny skills and discovering their origins. A man of color, almost certainly of Haitian ancestry, he’s an educated, erudite investigator with a deep understanding of voodoo. He enlists her to profile and identify an unknown serial killer called “the Composer” who murders whole families in the aftermath of natural disasters. And she does find the murderer, who has hidden for nearly twenty years as an unassuming corporate executive.

Threads of superstition, witchcraft, and the supernatural occur both in the U.S. and in Spain, giving new insight into Amaia. They reinforce the author’s message that some powers, rituals, and beliefs defy rational analysis all across the world.

Dolores planted hints of this story in her Baztán trilogy. From time to time the more mature Amaia receives phone calls from a mysterious mentor. By the end of The North Face of the Heart, when Aloisius Dupree vanishes into an unauthorized clandestine investigation, we know that mentor much better.

Dolores’s extensive research on New Orleans and Hurricane Katrina enabled her to write in convincing detail about them. I was able to suggest additional details to reinforce the action once the story moved away from New Orleans, first into the Louisiana swamps and later to Houston and Austin.

The Baztán trilogy is already available in English translation (alas, not done by me!) and in subtitled films available from Netflix. It has been translated into thirty-six languages.

I’m hoping Dolores will return Amaia to the U.S. one day. Notice, for example, that by the time of the trilogy, she is married to an English-speaking artist.

I’d like nothing better than to see this remarkably gifted Spanish author and her attractive, haunted protagonist become as welcome in English as they are in Spain and elsewhere! 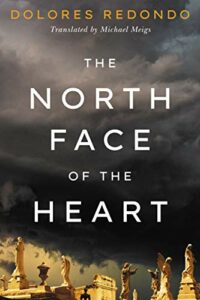 After retiring from the foreign service, Michael Meigs became a member of the Swedish Translators in North America (STiNA). In 2011, the Scandinavian-American Foundation awarded him its 32nd annual translation prize for Lars Gustafsson's The Dean. In October 2013, Other Press published his translation from Swedish of Gabi Gleichmann's The Elixir of Immortality. Other recent translations include Spanish thrillers The Dark Circus by Ana Ballabriga and David Zaplana and All This I'll Give to You by Delores Redondo.

The Literature of the Con: Great Books About Grifters and Swindlers 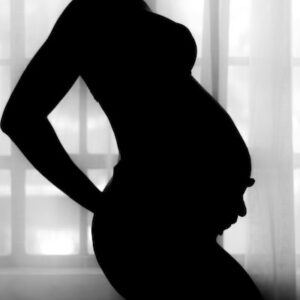 Though the idea for my second novel came to me while I was earning my MFA in creative writing, it didn’t start in a writing...
© LitHub
Back to top