All the Insane, Sexist Laws You Need for a Historical Mystery

In Victorian Britain women teetered on the verge of a vast change in the laws that had constrained them since medieval times. This is a quick summary of some of the major legislative gains of that period. The clever author—and likewise the clever reader— can select the period when the laws would make for maximal fictional excitement.

No vote, no property, no copyright, no signature

Votes for women were not attained until the 20th century, but the great early feminists like Mary Wollstonecraft had pointed out how foolish it was for women to lose all identity upon marriage. Not only did the wife take her husband’s name, she lost her entire legal identity. It was in the marriage service—the couple was one flesh, and as one legal wit pointed out, that flesh was his. The husband owned his wife’s property. She could sign legal documents until she got her Mrs., and then suddenly she was incapable, and only he had the signature. A wife could not write her own will, retain the copyright of materials she had written herself, or even witness against her husband in court.

An entire separate legal industry grew up to allow prudent fathers to protect their daughters’ financial interests. A dowry ensured that she had some money of her own, and setting up the documents properly would allow her, and possibly even her children, to retain that money no matter how profligate or foolish her husband became. For us, the ramifications of these developments are now most easily viewed in fiction. The classic example of the father’s failure to ensure his daughter got a proper marriage settlement might be The Woman in White, by Wilkie Collins. His heroine Laura got into trouble when a ramshackle marriage settlement allowed her wicked husband to steal everything after the wedding.

If you could contrive to survive your husband, however, your luck was in. Victorian widows were in the catbird seat.

If you could contrive to survive your husband, however, your luck was in. Victorian widows were in the catbird seat. The widow suddenly regained all her financial power, and could control her own business and affairs. Read The Way We Live Now by Anthony Trollope and notice how the widowed Lady Carbury has control of the family money—what there was of it. Lady Carbury has to write bad books to keep afloat, but at least she retains the copyright. She doesn’t have any control over her the antics of her spendthrift son Sir Felix, but she’s the one who pays his bills and, at the end of the book (with the help, of course of a stern new husband, because this is a Victorian novel), she can cut her son off and send him to Germany to rusticate.

After years of complaint and protest the Married Women’s Property Act passed in 1882, allowing women to own their own property even after marrying their husbands. With a separate legal identity, they could sign documents and leases, manage their own businesses, even contract debts. If a wicked husband wanted to steal his wife’s money after that year he would have to persuade her to sign it over. He couldn’t just take it the moment she said ‘I do.’

Another major legal renovation of the period was in the area of divorce. Until the divorce laws were renovated in 1858, marriage really was for life. You could only get shed of your unsatisfactory spouse by spending several thousand pounds for an act of Parliament, which meant essentially that no one could afford a divorce—only 325 had been granted since 1670. But in 1857 the Matrimonial Causes Act shifted the jurisdiction of divorces to a separate secular court that allowed ordinary people to petition. It was still difficult to undo the knot—you couldn’t just say you were incompatible, but you had to provide evidence of adultery or non-consummation. And the law was still weighted heavily against the woman, who had to prove not only adultery but some other extenuating circumstance like brutality. But at least the chance was there. Further refinements even allowed the mother to retain the younger children.

No one had yet realized that divorce testimony should be taken behind closed doors, and so a great deal of startlingly dirty laundry got inadvertently aired in the popular press.

The novelty of being able to divorce a spouse did lead to some creative tabloid moments. No one had yet realized that divorce testimony should be taken behind closed doors, and so a great deal of startlingly dirty laundry got inadvertently aired in the popular press. A famous example was Mrs. Isabella Robinson, who after some years in an uncongenial marriage became enamored of her doctor. It is, even to this day, not quite clear that nothing untoward ever occurred. But Mrs. Robinson had a fertile imagination and an agile pen. She recorded racy details about romping with the handsome doctor in her journal. But, foolishly, she didn’t keep the journal under lock and key. When her nasty husband peeked into the volume in 1858, the fat was in the fire. Enraged, Mr. Robinson filed for one of the earliest divorces under the new law and cited the journal entries as the plainest evidence of adultery. Were they fantasy fiction, or factual reportage? Excerpts had to be read aloud in court to resolve the question. During the trial the juicy testimony made it into the next day’s papers so that it was the sensation of the season. The court finally denied the petition, because both Mrs. Robinson and the medico swore on the witness stand that no intimacies had actually occurred. Without adultery there could be no divorce. Furthermore Mrs. Robinson was clearly insane—surely only a mentally abnormal woman could write things like this!—and mental illness was not an allowable cause to dissolve a marriage. The now-notorious Robinsons were stuck with each other.

Given the possibly of scandal, many people just couldn’t face the music. Even after the legal barriers fell the social costs of breaking up could be too high. Charles Dickens lost interest in his wife of 22 years, and became enamored of an actress named Ellen Ternan. But how could the creator of Little Nell and Tiny Tim divorce his wife? Dickens had created a widely admired public persona of great charity and goodwill that didn’t comport with ditching the mother of his nine children. The idea of losing his readers, of alienating his audience, was both psychologically and financially impossible for Dickens to contemplate. He was able to engineer a legal separation in 1858 that got Mrs. Dickens out of the house. Mrs. Dickens had no choice but to accept the short end of the stick, denounced in the papers by the most popular writer of the age as a bad mother and impossible to live with. And Dickens was able to retain all his children; only his oldest was of age and could do what he wanted. (Significantly, Charles Jr. moved in with his mother.) But Dickens was never able to live with Ellen, let alone marry her. Even from the other side of town, Mrs. Dickens retained her status as his lawful wife. When Dickens died, it was Mrs. Dickens and not Ellen Ternan who got a condolence note from Queen Victoria.

Divorce leads us naturally to the broader topic of legislating social behavior, a popular Victorian obsession that usually called for controlling women. The Contagious Disease Act of 1864, for instance, was originally focused upon the readiness of the British Army and Navy. How could you maintain an empire’s fighting forces if the men kept on picking up gonorrhea? Male Victorian legislators agreed that there was no point in trying to curb the carnal drives of licentious sailors and soldiers, who were usually not allowed to marry. No, the obvious thing to do was to round up and inspect prostitutes for VD, and lock up the infected ones in a hospital to be forcibly cured. The prostitutes near the military camps or ports had no choice but to put up with it, but when the inspectors snagged respectable ladies who happened to be walking by there was an immediate outcry. Petitions with thousands of signatures were presented to Parliament and the Act was repealed in 1886.

[Illegitimately children were] a problem not so much because of morality, but because somebody had to pay to keep the unwed mother and bastard child from starving, and the government didn’t want to do it.

Another long ongoing social problem was illegitimate children. This was a problem not so much because of morality, but because somebody had to pay to keep the unwed mother and bastard child from starving, and the government didn’t want to do it. Before 1834 a seduced maiden was supposed to name her seducer, and this man could be compelled to pay support. But legislators feared this was being abused—a woman could name anybody, after all. There was no DNA testing to prove who was really the father. So in 1834 the famous Poor Law Amendment Act was passed, with the broad goal of making destitution so unpleasant that people would do anything rather than apply for public assistance. Much of the legislation involved poverty relief, but a Bastardy Clause essentially made the unwed mother solely responsible for her own plight. A fallen woman was already unemployable, the plight of the heroine in Ruth by Elizabeth Gaskell. Under the new law the only recourse for the unwed mother was the workhouse. This was rightly and widely feared, especially because families were broken up—the men to one side, the women to another, and the children elsewhere. The prospect was so terrifying that many pregnant young women simply resorted to infanticide or abandonment. The rates for both went up after the law passed.

You could, of course, only abandon or murder your newborn and then go back to work if you were clever enough at the outset to conceal your pregnancy. Therefore the unwed but pregnant woman was further oppressed by the Offences Against the Person Act of 1861, which included a section that specifically made it a misdemeanor to conceal the birth of a child. Murdering the infant of course was already a crime. Actual practice however was more humane than the law. Juries were reluctant to convict a mother of concealment or infanticide, and many of the cases were either thrown out or drew only token sentences. The larger cruelties of the Poor Law’s provisions also drew widespread protest. A scorching denunciation of the abuses of the workhouse can be found in Dickens’ Oliver Twist, for example, where the starving orphans are sustained only upon gruel until they’re farmed out to abusive employers. The outcry was such that the law was amended many times by the end of the century.

A vast renovation of the legal systems occurred in Britain in the latter half of the 19th century, essentially bringing the laws into the modern age. It’s an endlessly fertile field for the fictioneer.

Brenda W. Clough is a novelist, short story, and nonfiction writer, and the author of A Most Dangerous Woman. Her recent e-books are Revise the World and Speak to Our Desires. Her novels include How Like a God, The Doors of Death and Life, and Revise the World. She has been a finalist for both the Hugo and the Nebula awards. She has been teaching science fiction & fantasy workshops at The Writer’s Center for over 10 years. 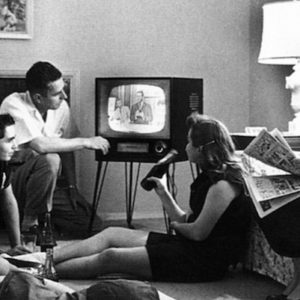 I was sitting in the crowded waiting area of a hospital emergency room, cradling my normally rambunctious four-year-old daughter...
© LitHub
Back to top