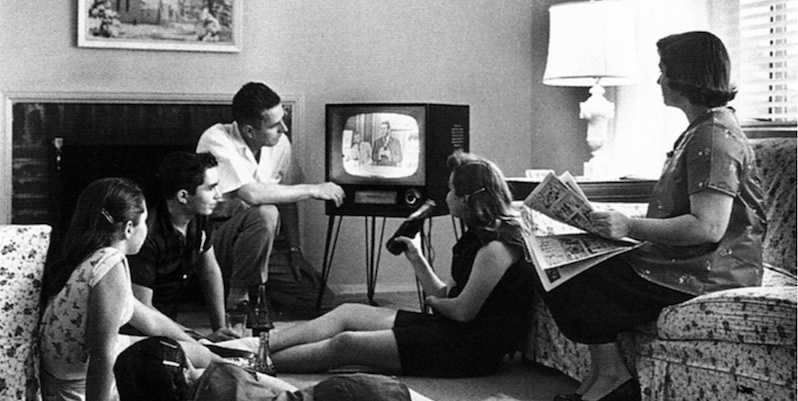 Taking Comfort from Collective Trauma in Moments of Personal Crisis

I was sitting in the crowded waiting area of a hospital emergency room, cradling my normally rambunctious four-year-old daughter like a limp newborn. She’d been throwing up for days, maintaining a high fever despite every over-the-counter drug I was told to administer, and was approaching a sort of unfocused fugue state. This was our second trip to the emergency room in a week and no one could tell us what was going on. Every hour looked worse than the one before it.

As we waited for the unhurried nurses to sort through each wretched body that had arrived before us, I stared alternately at my child’s colorless face and the television screen mounted in the corner of the room. It was set to CNN. Today, it’s nearly impossible for a normal person to recall what would have been on CNN in early April—a hundred micro-scandals ago—but I remember it vividly.

On that evening, they were reporting on the F.B.I. raid at President Trump’s longtime lawyer-fixer friend Michael Cohen’s home. Cohen had just admitted to bribing a porn star for her silence on an affair with the president. And the president made a thinly-veiled threat to fire Special Counsel Robert Mueller. There were other things going on in the world, of course, but I don’t remember those things. I only remember the urgent, alarmed tone of the television host’s voice as he reported the latest revelations in this White House thriller. I was in my own state of urgent alarm and this was just loud enough to break through the noise in my head.

I was in my own state of urgent alarm and this was just loud enough to break through the noise in my head.

Somewhere along the transition from Anderson Cooper to Don Lemon, we were ushered into a private room where several doctors of alarmingly senior stature examined my daughter. An ultrasound was administered and an appointment was made with radiology. The next several hours passed without any markers of time, except for the frantic texts from my husband who was at home with our other daughter. There were no TV screens, which made sense to me because nothing else was happening anywhere in the world.

Eventually, after a very long or maybe a short time, we were informed that our daughter suffered from a nasty ruptured appendix, complicated by pneumonia. It was rare and somewhat dangerous at this age, but it was no longer a mystery. The question wasn’t really whether she’d recover, but how quickly. Plans were made to drain the fluid from her abdomen, restore her plummeted electrolytes, and aggressively treat the infection. Nothing was certain, but plans were a comfort.

After that, grandparents came to help with childcare and we were moved to a room in the pediatric ward for “at least ten days; maybe more.” This is a very long time to be in a pediatric ward, though anyone who has ever spent time in one learns quickly to count their blessings. So I packed a little bag and moved into the room with my daughter, who was noticeably improved within a day, thanks to the antibiotics, IV nutrition, and surgery. It would take time, they said. There are no guarantees, but this should work.

Because she was weak and connected to so many tubes, we spent every second in that little room together. It had two beds, two TVs, and one little table that you could roll in front of you for meals. The hours passed slowly. We read books in her bed, chatted with the endless stream of nurses who came to measure things and administer other things, and we made animal critters out of the two play dough colors available to us. She slept a lot.

At the end of each long day, I would creep out of my daughter’s snuggle-hold and go to my own empty bed. I’d adjust the angle of the TV, open an airport-size wine bottle, and turn on MSNBC. Every muscle in my body would be coiled by then, bound tighter with each beep from the machines connected to her thirty-five pound frame. I felt inexplicably dizzy all the time.

On the first night of my news consumption, The Rachel Maddow Show was just getting started and she was really fired up about some breaking events. (We don’t have regular TV at our house and I’d forgotten that everything is treated as breaking news on cable.) She was breathlessly ticking through the courtroom scene in which Trump’s lawyer revealed that his secret client was, in fact, Sean Hannity. Hannity! What an extraordinary saga this was. I knew that it was extraordinary before—everyone does—but suddenly, I needed the distraction of it in a new way. I was transported out of my terrifying story and into America’s.

I needed the distraction of it in a new way. I was transported out of my terrifying story and into America’s.

The Hannity drama kept Rachel spun up for another two days, and then she was onto the leaked excerpts from James Comey’s forthcoming book. President Trump announced that he was going to pardon Scooter Libby, and Mueller’s attention turned to The National Enquirer. Most days, Rachel would lay it out for me, then Lawrence would break it down again. They had overworked reporters on to elaborate, and smug liberal commentators to soothe. If ever there was a time to be stuck in a hospital room, this was it. My routine was to turn the TV off when my eyes started to flutter, scroll through news on my phone for one last hit, and then crawl back in bed beside my daughter by midnight.

She was thinner than she use to be and alarmingly weak. But she’d started smiling again and she could hold her hot arms around my neck for eight straight hours through the night. In hindsight, I recognize how awful it was, but in the context of what could have been, this seemed pretty good. People who study our fascination with scary stories would attribute this effect to “excitation-transfer theory” – when the residual excitement from one stimulus amplifies your response to the next. I just felt relief.

My husband spent most of those nights at home with our other daughter and his own private anxieties. He tried to be upbeat for her, and to do things that kept them both cheerful. I asked him what he thought about the Hannity revelation and he said he hadn’t thought much about it. He couldn’t understand why I’d want to fixate on the ills of the world when there were so many ills right before us.

But for me, that was the therapy of it all: the projection. Because if the world is on fire, then the fires in our lives don’t seem to burn as bright. If nuclear war is just around the corner, then mortality is meaningless. Nihilism is an escape after so many hours of pondering the injustice of a child’s suffering. I didn’t believe these things; I just wanted to try them on for a while. It was a fleeting relief.

I couldn’t cry in those weeks that my daughter was sick. To do so felt like an acknowledgment of all the terrifying possibilities we’d been warned about. I was simply incapable of looking directly at the catastrophe hurling toward us. So I looked at another one. I could cry about the fate of our country; the racist, misogynistic con-man plundering government for his own gain; his disregard for truth and daily assault on the free press. These things matter a lot. They’re worthy of someone’s tears.

But they don’t matter like your child—not in that desperate, wrenching, animal way. And I never for one second pretended that they did. I just needed the trigger of it, to release all the anxiety and panic inside my body and avoid imploding. That’s what the true crime saga of American politics allowed me to do, for the nearly two agonizing weeks that I needed it.

I’m not the first to find comfort in a scary story. We’re in the throes of a true crime renaissance at the moment—from books about serial killers, to TV series about cults,  and podcasts about past criminal politicians. Crime writers have long understood that adrenaline is the drug that keeps us coming back. It allows us to experience profound fear in a controlled environment. It’s less about gaping at the dark and macabre than it is about understanding our capacity to be terrified by it. In this way, crime stories help us access our own humanity.

And there’s something specific about this Donald Trump crime story that appeals so broadly. It isn’t only that he’s the ostensible leader of the free world and his misbehavior has the potential to inflict widespread pain. It’s also a communal story, an experience of fear that we have together. American concerns are generally splintered along class and racial lines, but there is unity in our fear of this mobster president. It’s a shared experience, and an unlikely comfort.

Humans cannot sustain a sense of tragedy for everything indefinitely. Understanding our private and public concerns by degrees is necessary for survival.

There’s civic danger in regarding it all as sport, of course. But how else are we to be? We’re anxious about the fate of our country; but we’re also anxious about the fate of our bank accounts, our bodies, and the beautiful, guileless babies in our arms. Humans cannot sustain a sense of tragedy for everything indefinitely. Understanding our private and public concerns by degrees is necessary for survival.

In the end, my daughter recovered, and we left that hospital room and its cable news shows. The entire episode has already started to fade into the fuzzy weave of family lore. She’s stronger today than she was before, though I’d never claim that it was worth it. None of us are exactly the same.

There will be other things in life that test our strength, to be sure. When that happens, I don’t know if I’ll again need outside stories on which to project my innermost fears. Maybe I’ll be able to look directly into that abyss.

My hope is that this American crime story is different by then, veering toward redemption. It’s not impossible. We’re already forever changed, but there’s a version of every thriller in which we survive and emerge stronger.

Meg Little Reilly is the author of the novels Everything That Follows and We Are Unprepared. She's a public radio commentator, essayist, and outdoors enthusiast. Prior to writing novels, Meg worked in national politics and the White House. She holds a B.A. from the University of Vermont and an M.A. from the George Washington University. These days, she lives in rural Vermont with her husband and two daughters. 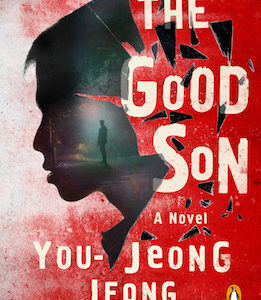 The smell of blood woke me. It was intense, as though my whole body were inhaling it. It reverberated and expanded within...
© LitHub
Back to top