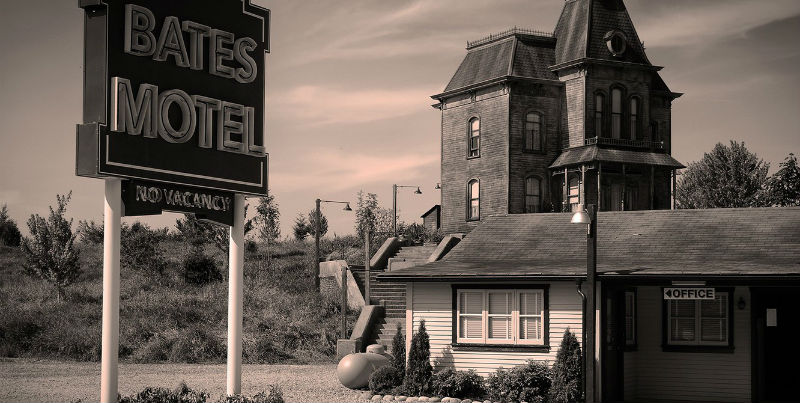 Exploring the Civic Landscapes of Gothic Fiction Through the Ages

Think of Gothic and what comes to mind? Ruined towers, brooding castles, women in crinolines fleeing from an unknown horror? The title quotation comes from Mary Shelley’s Frankenstein which, for many, remains the classic Gothic horror story but is the archaic setting really necessary or can evil rise just as easily from a modern-day factory, hotel or school? In fact, Frankenstein starts with a polar exploration and much of its action takes place in a university laboratory. The late Brian Aldiss called Frankenstein the first science-fiction story because the central character turns to modern experimentation to achieve the novel’s fantastical results.

The first truly Gothic text is thought to be Horace Walpole’s novel of 1764, The Castle of Otranto, and the book contains many of the tropes that have come to be associated with the genre: foreign setting, evil villain, woman in peril and, of course, the eponymous castle. In the second edition Walpole himself added the subtitle “A Gothic Story.” The European setting is significant; a fear of foreigners, and especially Catholics, is evident in many Victorian Gothic novels including Matthew Lewis’s The Monk and Anne Radcliffe’s The Italian. However, some Gothic revivalists, such as the architect Augustus Pugin (who designed the Palace of Westminster in London) looked back to medieval times as a halcyon period of Catholic faith, before the coming of the Reformation.

These narratives replace the Gothic castle with a modern-day edifice built to house multitudes. If the hotel has started to decay, or has even fallen into ruin, then so much the better.

Looking back does seem to be a feature of Gothic literature and yet the books often look forward too, fearing a future where industry dominates nature. William Blake wrote about “dark satanic mills” in his poem Jerusalem (1804) and there is both a fascination with and a dread of industrialization that runs through Victorian fiction. The duality is important here. Edmund Burke’s seminal essay A Philosophic Enquiry into our the Origin of our Ideas of the Sublime and the Beautiful (1757) divides aesthetics into two categories: Beautiful, small symmetrical, pleasing and Sublime, vast, fearful and awe-inspiring. According to this definition, the factories that came to tower over the British Midlands were sublime indeed. Two hundred years earlier, it’s significant that Milton’s vision of hell in Paradise Lost was one of building, as the demons labour to build Pandemonium “the high capital of Satan and his peers,” a feat supposedly achieved in an hour. Milton dwells on the work of construction and of mining, smelting and extracting metals from the earth. The Victorian painter John Martin was obsessed with the hellish capital and depicted it in works like Pandemonium and Satan Presiding at the Infernal Council. In this last Satan sits in what looks like a huge amphitheater lit by the new technology of gaslight. It certainly fits Burke’s definition of the sublime.

The industrial and civic landscape still exerts a fascination today, especially where places that were once full of activity are now deserted. Photographers like Christian Richler specialize in images of empty hotels, hospitals and power stations. Abandoned theme parks are another popular subject: Ferris Wheels choked by ivy, grinning clown faces rotting into the ground, roller coasters like nightmare highways to nowhere. These images recall the narrator’s dream of a desolate and overgrown Manderley in that most gothic of modern novels, Daphne du Maurier’s Rebecca.

Hotels, grand, luxurious and also somehow soulless, feature in many horror stories, from Stephen King’s The Shining to Hanna Jameson’s 2019 novel The Last. The motel in Psycho, its ominous light shining through the rainstorm, is as much of a character as Norman Bates or Marion Crane. American Horror Story, the TV series created by Ryan Murphy and Brad Falchuk, has a hotel as one of its series settings. These narratives replace the Gothic castle with a modern-day edifice built to house multitudes. If the hotel has started to decay, or has even fallen into ruin, then so much the better. A traveller arriving at an unknown location is a classic beginning for a Gothic novel, where the central character must quickly be made to seem vulnerable and alone. When Jonathan Harker first visits the famous castle in Bram Stoker’s Dracula, it is as if he is staying in a hotel, albeit one where the manager climbs the walls at night. Dracula is, at first, every inch the gracious host, as is the proprietor of the Bates Motel.

The industrial and civic landscape still exerts a fascination today, especially where places that were once full of activity are now deserted.

Schools are also popular with modern Gothic authors. A high school is the setting for the Coven series of American Horror Story and for films like Carrie and The Craft. Hampden College, isolated and beautiful with its own resident shaman, is the perfect background for madness and murder in Donna Tartt’s The Secret History. When Richard first visits tutor Julian Morrow’s office, he is even given the traditional warning to steer clear for his own good yet, like so many protagonists before him, Richard ignores this and is soon drawn into a truly Gothic web of violence, incest and hallucinogenic drug-taking.

When I set out to write my own modern Gothic novel, The Stranger Diaries, I wanted to create the feeling of a Victorian ghost story yet remain in the twenty-first century. My solution was to set the book in a modern school that included an “Old Building,” a house that had once been home to a writer called R.M Holland, famous for a chilling little tale called The Stranger. I was inspired by West Dean College, where I teach creative writing, and by my own comprehensive (non fee-paying) school which included an old wing, mostly out-of-bounds to students and (of course) possessing its own resident ghost. I wanted to combine the world of iPhones, Saturday Night TV and computer-gaming with ancient buildings, half-glimpsed figures and sudden screams in the night. My protagonist, Clare, even lives beside an abandoned factory. This setting is also drawn from life. I often drive past an old cement works near Steyning in West Sussex and am always intrigued by the neat row of cottages in front of it. What would it be like to live there, with that nightmare edifice behind you, its sightless windows sometimes glowing with strange lights? I was sure that Mary Shelley would have felt right at home. 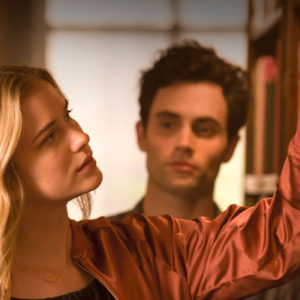 When does seduction and fascination tip into classic obsessive behavior? Is it equally as torturous to be the obsessed as it is to be the object...
© LitHub
Back to top