"[W]e live in a uniquely rich world of art. And only about a third of it is Christmas rom-coms on Netflix."

A couple of years ago I started keeping track of the movies I watched and the books I read in a little notebook, adding a sentence or two of analysis to each one. The decision was spurned, I hate to admit it, by seeing someone else do it on social media.

I liked the idea of being a little more thoughtful about the art I consumed, a little more active in my reading/viewing. I also was, somewhat ironically, starting to wean myself off of social media, and no longer being reliant on Goodreads to track my reading (and therefore no longer having the temptation to hate-read one star reviews of my books) felt like a bonus.

Little did I know that a pandemic was going to send us all indoors with nothing (safe) to do (if you didn’t have kids) but inhale books and movies and TV shows. And what an age to do it in. What access! God help our overstimulated brains if we even imagine for a minute living through the 1918 influenza epidemic before books were widely available to the public in the form of paperbacks, to say nothing of visual or auditory entertainment (and even less of the uniquely pandemic endeavor I found myself falling into of listening to audiobooks while playing video games and trying to ignore the mean messages a fourteen-year-old somewhere was sending my way.)

Now, before you start falling for that ancient human hoax of comparing and therefore feeling bad about your own passive consumption of books and movies, just drowning in them on your couch, letting them carry you from one pandemic-mired day to the next, rest assured that some of my “thoughtful” reflection came down to lines like “fun enough” (Red Notice) or “not enough com in the rom” (title withheld for the sake of not shitting on anyone out there pouring themselves into their art).

There are plenty of entries, true, but if that’s why your pesky inner monologue is picking on you, just know that the sheer number of overall entries are thanks to the privileges of my job, socioeconomic status, and current childlessness. So please roll your eyes at how I choose to spend my time, but do not for a second speak unkindly to yourself because I often (maybe too often) had the time and attention to watch a Christmas rom com on Netflix while cooking.

Some entries elicited more, it’s true. Even if it was more of a borderline cringey emotional response and less a critique of story elements, like the entry for Everything Everywhere All At Once: “Delightfully moving and silly. Art! Human themes carried by huge plots. Loved it.” And some were very slightly more pointed as to what exactly I liked about them, such as this entry for Jeff Miller’s middle grade novel Rare Birds, which will be out in January 2023: “A sweet tug on the heartstrings, handles heaviness for kids with a deft hand. Great voice, great setting, great wisdom.”

Partially, the idea for this ongoing project was selfish, really. I figured the more I thought about art the better I would get at creating my own. And I do think that’s true, despite the non-words like “fun” and “interesting” that are peppered throughout the notebook. Just taking sixteen seconds to reflect on the book I spent days reading can help me identify strengths and weaknesses in my own writing. Noticing that a book’s first act was too slowly paced for my liking helps me start my story a little closer to the inciting incident. To throw out a wild example.

It also made me realize how much I appreciate the artful disguising of character growth (as seen in Pixar’s Onward or the 1991 classic Don’t Tell Mom The Babysitter’s Dead), and how I strive for the kind of restraint in my writing that Ann Patchett, Lauren Groff, and Emily St. John Mandel so effortlessly employ (and blessings onto that holy trinity of white female authors).

This practice also led me to think about how to spot directorial choices, and for the first time in my three decades of watching movies, I was able to finally, confidently dub a film well-directed and feel like I knew what I was talking about.

Some lessons might seem obvious to most storytellers, but it’s hard to figure them out until they’re hammered home by the Keanu Reeves vessel Replicas: “Don’t say what the audience can figure out,” I wrote on July 28th, 2021 (a worthy reminder, even it feels self-evident).

Now on my third year of this project, what big-picture lessons can be learned from hundreds of entries that shamefully and shamelessly call something “interesting” or “fun?”

Well, for one; that there are hundreds of entries. That we live in a uniquely rich world of art. And only about a third of it is Christmas rom-coms on Netflix.

Recently I found myself in a somewhat crowded concert hall, watching one of my favorite bands for the very first time. It’s a band that only occasionally flirts with the mainstream, too focused on brilliant lyrics about wrestlers from the 80s and the goth scene in Ohio to really break through to a wider demographic. Yet there were people in the audience shouting passionately along to lyrics possibly written before they were born.

In the past weeks I’ve gone to Mike Birbiglia’s one man show, scrolled through an Argentine artist’s instagram posts, placed holds on three audiobooks via the library app Libby, some of which I’m very much looking forward to, others are completely random books chosen by categorization and title only. I’ve eaten inventive tacos, laughed at an improvised musical podcast, attended a live writer’s competition that’s a Chicago tradition. All of which someone else would have probably hated but I loved.

It’s helpful when I have a book coming out which I think of as my strangest book to remember that there’s so much out there, and not that it’s impossible to please everyone, but the inverse: there is an audience for everything. And while the corporate overlords in charge of entertainment (and thus, art) these days have popularized the term four-quadrant (meaning: we only want movies that EVERYONE will love), they are actually bad at predicting what exactly we all connect to (see: the “unexpected” success of non-white-centric films like the aforementioned Everything Everywhere All At Once, as well as Get Out and Parasite). Not that there even should be art that strives to please all of us.

All this to say that if after six years of my latest book, Before Takeoff, being in the works, with all the rejections it received both from my brain and previous publishers, all the many times I re-read it and reworked it and tried to make it the most perfect possible version of itself, if after all of that someone reads it and reduces it to a two star review they’ll tag me on Instagram on, or it all boils down to two lines of derisive thoughts that no one will ever read, well then: hell yeah.

Yes, with every paragraph in my stupid little notebook boiling down art to three thoughts, there’s the bubbling, simmering, never quite done longing to create. Create something perfect, even if art is inherently imperfect. I want my art to resonate with others the way only a handful of books or movies or tv shows I consume resonate with me.

And if it doesn’t, well then, I’m still lucky to add my piece to the world. I’m lucky that people can access my books and maybe distractedly listen to the audiobook while riding the bus to school. I live in this age of plenty, and I am adding to the noise, hoping to be heard.

Even if only six people read my book and immediately seek out something else to remind them that books don’t suck, what a dream come true to be able to provide to the world art by which other art seems better. Art that inspires someone else to create art, or consume it voraciously, even if it’s wildly different from mine. 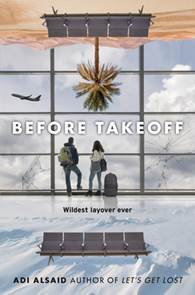 Adi Alsaid was born and raised in Mexico City. He attended college at the University of Nevada, Las Vegas. He's now back in Mexico City, where he writes, coaches basketball, and makes every dish he eats as spicy as possible. In addition to Mexico, he's lived in Tel Aviv, Las Vegas and Monterey, California. His previous YA books include Let's Get Lost, Never Always Sometimes, North of Happy, Brief Chronicle of Another Stupid Heartbreak, and We Didn't Ask for This. 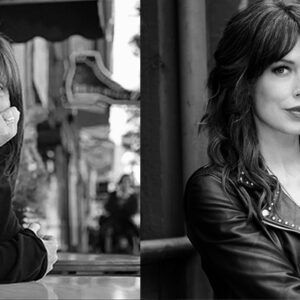 Cara Black and Tara Moss have some of the best-dressed characters in crime fiction around, so we thought it would be fun to set them...
© LitHub
Back to top