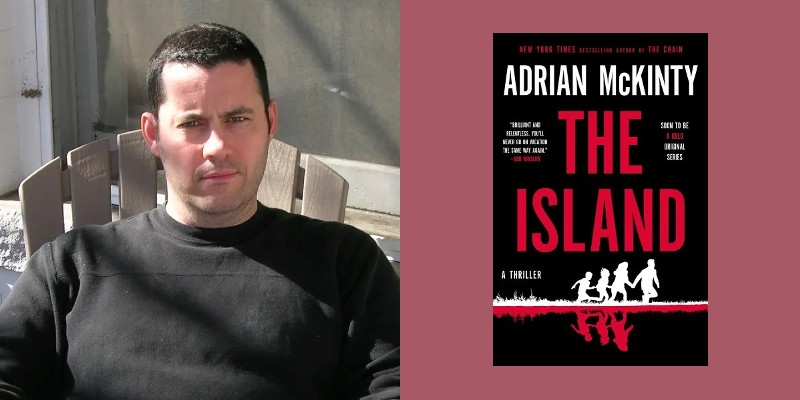 In Adrian McKinty’s new breakneck thriller, The Island, an American family visiting Australia takes a chance on an afternoon’s diversion, paying for an hour’s time on a private island outside Melbourne, hoping that the sight of a few koalas will help heal their rifts. But a tragic accident soon changes everything, with the family pushed to the very limits of safety, endurance, and morality. For several hundred pages, your heart will not stop pounding. McKinty, a veteran noir writer, has brought tremendous style to his new turn as a thriller author. Above all he has a way with characters – of finding the core of their humanity, and putting that core to the test. With The Island, he’s at the very top of his game. In the lead-up to the book’s release, I caught up with him to discuss moral dilemmas, literary islands, and the 1970s thrillers that inspired his stunning new novel.

Dwyer Murphy: You’re becoming the bard of families pushed to the brink – of morality, survival, the bonds that hold them together. How did it happen?

Adrian McKinty: I had the idea for The Chain and then I wanted to do a follow up that was thematically similar but NOT a sequel. So something must have been brewing in my head…

Murphy: What was the first germ of the novel for you? It feels like an intensely personal story, and yet one that’s almost universally relatable. So how did it start?

McKinty: During lockdown I had some writers block and I was talking to my agent about the next book and I said I didn’t really have any ideas that I liked. We got to talking about 70s movies (I love 70s movies) and I mentioned a sort of Deliverance moment I’d had:

About five years ago my wife and I were driving on an island on a remote part of Australia. We’d taken the ferry over and the vibe was immediately odd. There were men walking around with shotguns broken over their shoulders (apparently shooting rabbits) and when we stopped at a farm to get some lunch we found out that everyone on the island was basically one large extended family. Everyone knew about us coming over on the ferry and a conversation we’d had with the ferryman – that we were from Melbourne – had somehow been relayed all over the island. We had lunch at the farm and I cracked a joke that failed badly. (There was a barn behind me and I said is that where you keep the wicker man?) We were pretty spooked out by the place and I was keen to get back on the last ferry back so I was driving the car, fast. Suddenly out of the spinifex a woman on a bicycle turned onto the main road. She was wearing a hearing aid and the battery must have been off because she didn’t see or hear us. I honked the horn and slammed on the brakes and just missed hitting her…She continued on with her bike ride oblivious to us behind her. As a kind of joke I said to my wife, “If we’d hit her we wouldn’t have got off this island alive.” Very seriously she replied, “no, we wouldn’t have.”

I told my agent that story and he said “no you did hit her, that’s the next book.”

Murphy: Why a private island? This outlier space, beyond the realm. There’s a great tradition of islands in mystery and thrillers, but this one feels distinct.

McKinty: There really wasn’t much creativity here to be honest. I put it in a real place with the actual landscape, actual temperature, actual flora and fauna. Its not called Dutch Island in real life because I’m sure the actual people there are lovely and I don’t want to upset them. But everything else is pretty much as is…

Murphy: Once we’re on the island, the story takes on this almost gothic atmosphere. Were there certain books or movies you were looking to in order to capture the place and the way you wanted it experienced?

McKinty: I wanted this to be a sort of 70s movie updated to 2022. My models were Deliverance, First Blood, Rogue Male and I Spit On Your Grave…But I wanted to update those tropes to a 2020s sensibility and my style. But again, being perfectly honest, it was one of those books that more or less wrote itself once I had set up the initial parameters. Terrible things happen but they’re all logical things once the initial inciting incident takes place.

Murphy: The family comes from Seattle, which seems in many ways the polar opposite of Australia, or at least the version of it they’re experiencing. Why those two locales?

McKinty: I knew Seattle quite well so that’s one reason. And I liked the idea of someone who’d never experienced extreme heat dealing with that for the first time. Also I liked the idea that Puget Sound and Southern Victoria are in fact linked by this one crazy species of migratory bird, the Shearwater, that endlessly summers in both places crossing 8,000 miles of Pacific to do so. The Shearwater becomes a motif for Heather in the book.

Murphy: At the heart of the story is a moral dilemma. A moral failing, followed by an incredibly complex calculus of relative sins and necessities. How did you map out the internal arguments that would need to unfold, and how did you put those on the page?

McKinty: I loved the idea that the American family actually is at fault in the first place. They start the whole damn thing and then try to weasel their way out of it. And I loved the husband and wife thinking in real time about what to do about it. The moral dilemma has to be real and believable, something we could all see ourselves doing in extremis.

Murphy: Can you tell me a little about the evolution of your literary style? With The Island, it seems to me you’ve really honed a particular set of aesthetic choices that were coming into focus with The Chain and are sharpening here.

McKinty: The Island is only my second thriller. Every other book I’ve written is a species of noir. With noir, atmosphere and character are everything. You can have a character listening to say Exile On Main Street for three pages, smoking Camels, and looking at the rain. I love that shit. But in a thriller that’s an extravagance. As a noir writer I had to learn a different way of telling a story in a thriller environment. You need to be economical with your words. Every scene should matter. Every scene should either illuminate character or turn a wheel of the story. If it doesn’t it has no place in your manuscript. When I go back to writing noirs again I’ll dig on music and weather and atmosphere but in my thrillers I’m trying to learn the discipline of keeping the text lean and tough. 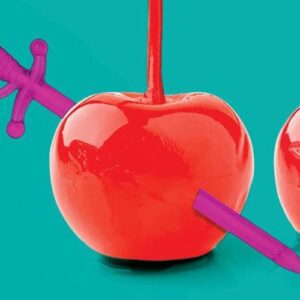 Another week, another batch of books for your TBR pile. Happy reading, folks. * Adrian McKinty, The Island (Little,...
© LitHub
Back to top