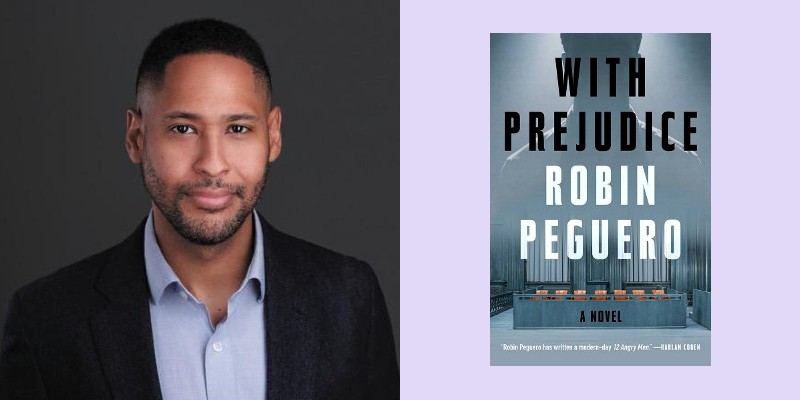 A Harvard man and a Florida teenager: the author of a new legal thriller looks back at the murderers that set his course.

I have stared into the glassy eyes of a killer and seen myself reflected back.

As a college senior, I pulled into a disheveled driveway – with pen and pad in trembling hand – to meet the teenager whose best friend had been slain by mysterious gunmen the night before. It was standard fare for a 20-year-old grateful to see his byline in the pages of the Miami Herald. No one was eager to cover routine crime stories. No one was overjoyed to descend into inner-city Fort Lauderdale. Send the intern.

His mother should not have let me, a blood-sucking reporter, into her home. But the sight of this boy journalist must have disarmed her, as her son and I were no more than a few years, and a few shades of brown skin, apart from one another. The son sat in the kitchen, ensconced in shadows and wailing incoherently from the moment I stepped in. Neither she nor I knew his gun lay tucked away, still warm and within arm’s reach. When he finally emerged from his stupor, he managed to mumble through a few of my questions. What details he did divulge were as evasive and vacant as his eyes: Four faceless “cowards” had intercepted, derailed, and mugged him and his friends on their way to the store. (Not the truth: that he and his four friends had been en route to rob the store themselves.) One of these nameless gunmen had nervously fired a shot into his friend’s stomach. (Not the truth: that he himself had mishandled his firearm in the botched robbery and felled his friend in a round of friendly fire).

Our ancestors shared a long-ago past, but the contents of our pockets spoke to divergent futures. Stuffed in mine was a crimson-colored Harvard lanyard, and crammed in his were the large sweaty hands that had hours earlier been doused in the crimson blood of the friend he killed.

Two years before that, I had spent several days with another young man who had taken a life, but we never spoke to one another. As the beat reporter on the case for The Crimson, I followed his trial before the Boston Globe photographers and Court TV cameras made their noisy debuts. When that network asked a colleague and me to submit to an interview on camera, I declined. You don’t inject yourself into the story. Set in affluent Cambridge, the case followed a white, upper-class Harvard graduate student who had stabbed a local Hispanic teen unfamiliar to him – and lied to police about it. The victim was a “no-good” high school dropout with a history of violence and drug dealing. But he had been unarmed. And he stood several inches shorter than his rugby-playing attacker. And he had been stabbed – five times. One of them piercing his heart. On the day the defendant testified, it was him, and me, and the throngs of reporters and courtroom gadflies who joined in the media circus. He broke down on the stand, choking back sobs and gasping for breath as the click of camera shutters went off in a flurry.

This time, the accused and I shared the luster of the Ivy League brand, but otherwise, his world of privilege and birthright was foreign to me. A judge threw out his manslaughter conviction after ruling that the victim’s sordid past was indeed material to the defendant’s claims of self-defense. But the man boy who had howled in his kitchen was locked in a cell for years for felony murder. The criminal justice system should carry the same disclaimer as drug commercials: Results may vary.

My fascination with the greatest sin began young. My personal essay for college applications lamented how morally wrong it felt for me to kill off characters in my stories and how I grieved these phantom casualties. Opposition to the death penalty became my cause célèbre as a teenager discovering political activism. I recall the pall of depression that washed over me for weeks after viewing a lifeless body on the cold slab of an associate medical examiner’s autopsy table. The body had belonged to a twenty-six-year-old woman done in by drug addiction, but the forensic pathologist treated her like a shell. He was only doing his job – professionally and soberly – but it made me sad. I was a mere law student at the time. Perhaps it’s only fitting that I would go on to spend my legal career prosecuting homicides and launch my entree into literature by writing about them. It never did feel quite right how much easier it became to sit with a dead body, as crime scene after crime scene piled on. I didn’t want to gain a stomach for it. I didn’t want to lose my visceral shock to it.

The hardest part in sitting across from accused killers in court – wagging my finger and turning my voice cold before the jury – was I didn’t often get to see regret. Only defiance. That was by design. The adversarial system isn’t much built on concession. Even cases that close in plea deals might be subject to future appeals, and the less you say, the better. My curiosity in redemption was selfish. I wanted to better understand these life-takers for my own solace. I wanted see their humanity. I never doubted it was there. I just wished I were privy to seeing more of it. Trial is a battle of wills between two overeducated, self-important avatars, and the defendant – let alone the victim, whose life details go unmentioned – fades into the background. He sadly becomes just another piece of furniture. As if his liberty doesn’t hang in the balance. After a guilty verdict, I made a habit of passing by the newly convicted on my way out and wishing him well. It was always brief, sometimes so under my breath that I couldn’t be sure they caught it all. If it was too showy, my words might come off mockingly when I meant to be earnest. But I did it mostly for me. I had just spent days talking about him, talking at him, but never talking to him. I wanted to form some sort of human connection, albeit fleeting. I wanted to see some part of myself in him.

When I write about killers, I try not to strip them of their humanity. Life imitates art. My proximity to people who have taken a life has taught me to strain to see our commonalities. Otherwise, if we inevitably see them as outside of ourselves – having fallen prey to some innate evil or unrelatable impulse – we risk not guarding against a similar pitfall. Being law-abiding and empathetic to others might come naturally, but so, too, do anger, a rush to judgment, and acting out of desperation. Our capacity to do great things isn’t necessarily eclipsed by our capacity to also do awful things. In a way, we are eminently human in our lowest moments just as we are in our triumphs. The difference can be as short as an instant.

My abuela used to say, “el hombre hace y deshace,” or man gets to both create and destroy. She meant it as a feminist critique, railing against the limitations imposed upon her by being born a woman. But it applies gender neutrally, too.

The Harvard man and the teenager chose – in an instant – to destroy. So I choose to create. 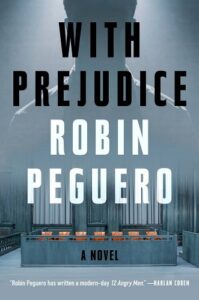 Robin Peguero spent seven years storytelling to juries for a living, most recently as a homicide prosecutor in Miami. An Afro-Latino and the son of immigrants, he graduated from Harvard College and Harvard Law School. He has written for the Miami Herald, the Harvard Crimson, and the Harvard Law Review, and he served as a press spokesman in the U.S. House and as a speechwriter in the U.S. Senate before becoming a lawyer. He is currently a U.S. House investigative counsel working on domestic terrorism. 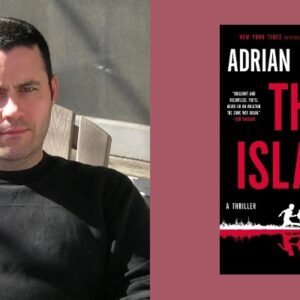 In Adrian McKinty's new breakneck thriller, The Island, an American family visiting Australia takes a chance on an afternoon's...
© LitHub
Back to top