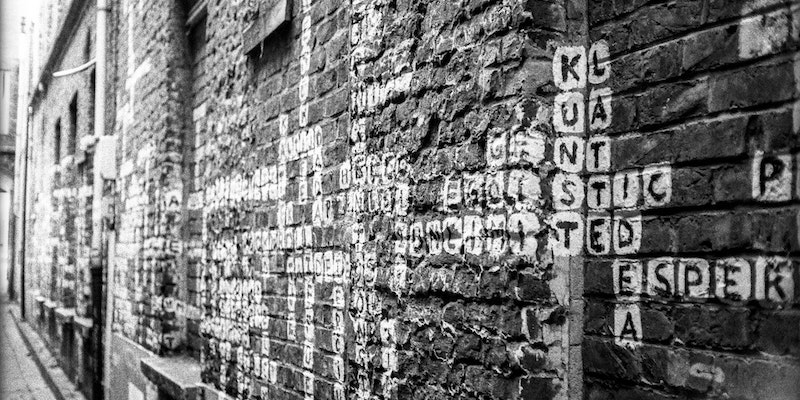 Or, How to Write a Fictional Expert When You're a Real Life Amateur

We’re taught to write what you know. I couldn’t agree more.

When I sold Detective, my first Stanley Hastings book, I was delighted. For one thing, I’d gotten published, which was like winning the lottery. For another thing, my publisher wanted a two-book deal, so I had a series. And best of all, I was writing about something I knew. I worked for two years as a private eye in New York City, and my books were based on my own personal experiences. The stories of course were fiction, but the private eye’s job wasn’t. Stanley Hastings was a guy just like me, the books were first person narratives, and I had no trouble getting into his head. The knowledge was all there.

So was the experience.

I had a gun pulled on me my second week on the job.

I was the new guy, so I was given the easy assignments. This one was to serve divorce papers on our client’s husband. We knew where he lived and when he left for work, so early in the morning I drove up to his house and waited for him to come out. I was feeling like a real P.I. I parked my car so I could see his front door in the rear view mirror.

Sure enough, right on time, he came out the front door and headed for his car. I got out and called his name. He stopped and turned around.

The stories of course were fiction, but the private eye’s job wasn’t. Stanley Hastings was a guy just like me, the books were first person narratives, and I had no trouble getting into his head.

He was holding a gun.

“What do you want?” he snarled.

What I wanted was to get back in my car, drive off, and never serve another summons again.

I said, “I have a divorce papers from your wife. I understand you’re expecting them.”

I took them out of my pocket very slowly, so he could see I wasn’t reaching for a gun.

He snatched them out of my hand, which made it a legal service, not that that was uppermost in my mind.

He looked at them, said sarcastically, “That’s cool.” He added, “But I never want to see your face again, douchebag.”

I didn’t ask him how he knew my name. I just got in the car and drove off as fast as I could.

With two years’ worth of such bizarre experiences, writing Stanley Hastings was a snap.

This was a bit of a problem.

I hadn’t solved crossword puzzles in over twenty years, and I wasn’t any good then. I had no expertise to fall back on, as I did with my Stanley Hastings books. I would have to do research, and I hate research. I am about as poor at research as I am at crossword puzzles.

I figured I needed experience.

So I entered the American Crossword Puzzle Tournament, the national tournament held in Stamford, Connecticut. I practiced for it by doing the daily puzzles in the New York Times, and by the time of the tournament I felt pretty good about it.

The first puzzle was easy. I flew right through it. I got about halfway done, I looked up, and the room was empty. Everyone had finished and left. Out of 254 contestants I finished 250th, just ahead of the four people who failed to turn in a paper.

(My experiences at the American Crossword Puzzle Tournament can be seen on YouTube in the music video, The Sunday Morning, Seventh Puzzle, Fear of Fourth Place Blues: The Crossword Puzzle Song.)

I don’t want you to think I’m a quitter. I came back. I practiced hard. I got so I could finish a puzzle or two early myself, and get up and leave the room, and boy did that feel good.

And you know what? 250th is the best I ever finished, since the tournament grew quickly as it got more popular, especially when the movie Wordplay came out. I wound up writing and singing songs (such as the one in the YouTube video) and doing short standup routines at the convention. “I would like to apologize to anyone who bet on me to win the tournament. I know I talked a good game, but I looked at the score and in order for me to win, 573 people would have to have done very poorly on the last puzzle.”

This was somewhat discouraging. How could I relate to the Puzzle Lady? I wasn’t a crossword puzzle expert, and I had to write about one.

The Puzzle Lady was my creation…She could be as good at crossword puzzles as I wished to make her. So I twisted the gimmick. I chose to make her worse than I am.

So I twisted the gimmick.

I chose to make her worse than I am.

While Cora Felton looks like your favorite grandmother, and even does breakfast cereal ads on TV for schoolchildren, she is actually a loopy old hellion who’s been married so many times she’s not sure exactly how many husbands she’s had, only recently gave up drinking and can’t remember much of the ’70s and ’80s.

She is also the Milli Vanilli of the crossword puzzle community, and couldn’t solve a crossword with a gun to her head. Her niece Sherry constructs the puzzles, and Cora Felton is just the name on the column. This arrangement was initially to allow Sherry to hide from an abusive ex-husband. Now Cora can’t admit to being a fraud without destroying her commercial career.

This is a major problem because, wouldn’t you know it, there are an unusually high number of murders in the small town of Bakerhaven, and almost all of them have something to do with a crossword. So the police are regularly bringing her crossword puzzles and expecting her to solve them. Cora finds this immensely frustrating. She can solve the crimes, she just can’t solve the puzzles. For the last twenty books she’s had to do some nimble tap dancing to get out of it.

I feel for her.

The Puzzle Lady is professing an expertise she does not have.

I can relate to that.

Parnell Hall is the author of the Puzzle Lady crossword puzzle mysteries, the Stanley Hastings private eye novels, and the Steve Winslow courtroom dramas. With Stuart Woods, he is the co-author of the New York Times bestselling Teddy Fay series. His latest Puzzle Lady book is The Purloined Puzzle. His novel, Chasing Jack, is now available from Brash Books.
http://parnellhall.com 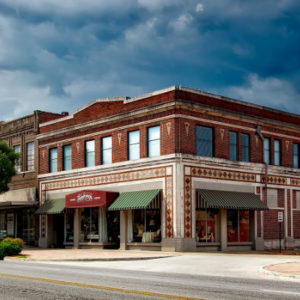 For the writer, there is nothing more attractive than setting a mystery in a small town. Whether it’s a character called...
© LitHub
Back to top