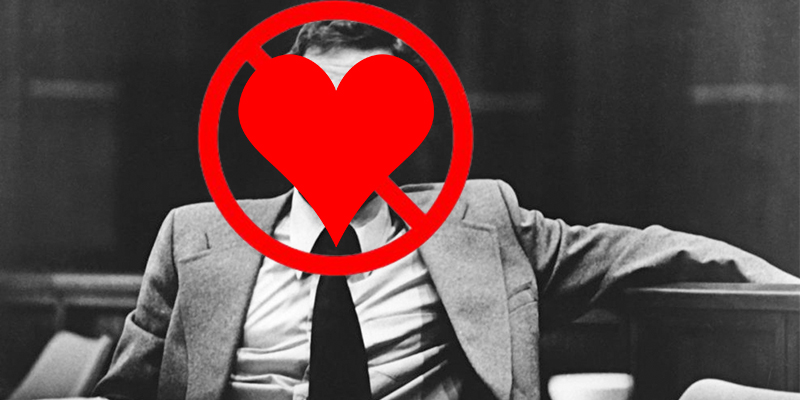 *This article contains spoilers for YOU and Dirty John.

The release of the trailer for the new Ted Bundy flick, Extremely Wicked, Shockingly Evil & Vile, has drawn ire from most corners of the internet for its apparent depiction of a serial killer as a sexy, misunderstood dreamboat at the center of a romantic plot.

In the trailer, Bundy is shown shirtless, engaging in love scenes, and making dinner for his female partner and doting on her child, interspersed with shots of the weapons he used to restrain, rape and murder 30 women. And he’s played by former teen heart-throb Zac Efron, in what’s perhaps an attempt to be taken more seriously.

After watching the new Netflix doc Conversations with a Killer: The Ted Bundy Tapes, it’s easy to see how the dramatization taps into the charming and unassuming aspects of the notorious murderer’s persona and the mythology surrounding him to explain the disconnect between his appeal and his actions. Both the documentary and the feature film are directed by Joe Berlinger; the four-hour-long documentary gives credence to the affable confidence and easy demeanor that Bundy used to draw in his many victims and, later on, the teen girls who rallied around him as multiple trials laid bare his sickening crimes.

The documentary also demonstrates how Bundy himself both preempted and fueled the recurring obsession with him. During the titular audio recordings peppered throughout The Ted Bundy Tapes, he discussed optioning the movie rights to his life and plotting how to stay in the public consciousness. Publicity stunts such as his witness stand proposal to Carole Ann Boone, who gave birth to his child while he was on death row, and his wink to the camera upon being sentenced to death perfectly encapsulate Bundy. He had a preternatural understanding of how the media would lap up his good looks and charm (and, crucially, his whiteness) and be complicit in camouflaging himself against the stereotype of a predator, a dichotomy we’re still grappling with forty years later. Media outlets and adoring fans concurred: surely such an attractive man couldn’t be responsible for such heinous acts.

Article continues after advertisement
Media outlets and adoring fans concurred: surely such an attractive man couldn’t be responsible for such heinous acts

With Netflix’s announcement that the film would join The Ted Bundy Tapes on its service, the rom-com version of Bundy is in good company with other men of his ilk, both fictional and not.

The soapy adaptation of Caroline Kepnes’ 2014 book YOU initially aired on Lifetime in the fall to lackluster ratings. Netflix, who was the show’s producing partner and will have exclusive rights to the second season, dropped the intensely binge-able first ten episodes the day after Christmas and the internet again went into a frenzy. Fans begged the show’s star, Penn Badgley, to “kidnap me pls” on Twitter. Their gravitation to Badgley is undoubtedly frightening but precisely the point of the satirical YOU.

By casting the non-threateningly attractive Badgley, previously best known for his role as perennial Nice Guy™ Dan Humphrey in the similarly zeitgeisty Gossip Girl, viewers are taken off guard when the dreamy bookstore manager turns out to also be a serial killer, despite the stalker-ish twist to Dan’s character near the end of the series.

We meet Badgley’s Joe Goldberg as he provides the voice over that runs throughout the rest of the show, zeroing in on an unassuming customer. His initially gentle internal monologue, accompanying by the tinkling of bells by the bookstore’s door, takes pains to observe small details about the young woman who later becomes the object of his affections and aggressions, Beck (Elizabeth Lail), such as her sun-kissed complexion and the jangling echo of her bracelets – details that YOU’s demographic would implore their distracted Tinder paramours to notice. The first episode’s director’s Lee Toland Krieger’s lens is slightly out of focus, the corners of the frame seemingly smeared with Vaseline and the lighting, too, sun-kissed to further root Joe and Beck’s meet-cute in the rom-com cannon.

The first word out of Joe’s mouth (and not from his head) is “guilty”, a foreshadowing of the body count he leaves in his wake as he attempts to “protect”—the classic language of abusers—Beck and rid her of the people in her life who don’t respect and love her like he does.

Joe (and, by extension, the show as a whole) uses the assumption that conventionally attractive, smart, upwardly mobile middle class men are good or, at the very least, worthy of the benefit of the doubt, to disarm Beck and us. And, judging by the aforementioned fans of YOU on social media, they have succeeded.

It’s not just handsomeness that allows abusive men to hide in plain sight. As many a detractor of The Ted Bundy Tapes and the Extremely Wicked trailer will tell you, “Ted Bundy’s not even hot!” It’s Bundy’s charm, narcissism, a pinch of self-awareness, and his understanding that society will go to the ends of the earth to excuse abusive men, that allows him to get away with killing: “That’s not the man I know.” “He couldn’t have done it, there must be some mistake.” “But he’s such a nice guy.”

Bundy’s not the only one up to such dirty tricks. This is exactly the kind of bias John Meehan, both the actual person and the fictionalized version in the show Dirty John, relies on. Netflix thought it fitting to drop the Bravo adaptation of the wildly successful true crime podcast on Valentine’s Day, further adding to the romanticization of abusive men. The show opens with the whirlwind romance between Meehan (played chillingly by Eric Bana) and Debra Newell (Connie Britton), which begins on a mature dating site and ends in a clandestine Vegas elopement, all in the span of 50 minutes and two months.

Unlike the fictional character Joe Goldberg and the very real Ted Bundy, Meehan never killed anyone (although not for lack of trying). He is, however, yet another white man who preys on the insecurities and trust of the women he targets: in his case, for their money and connections. The eponymous John is given copious chances by Newell even though his predatory behavior sets off alarm bells for just about everyone he comes into contact with in her life.

“I know it won’t make me look very good, but I hope it will help some women avoid this happening to them,” Newell tells podcast producer Chris Gofford when she decides to divulge how Meehan conned her into marriage, stole her money and material possessions and tried to kill her daughter.

If it’s shocking what Newell was willing to overlook because she “took a vow,” or how ignorant Beck seems of Joe’s control of her, or the lust of Bundy’s courtroom admirers, it shouldn’t be.

The Newell family’s history of abusive men and disappointing relationships adds an extra layer to the story. Newell had been married four times, and as we learn, her sister Cindi was murdered by her husband Billy Vickers in 1984. Vickers received a light sentence, attributed to the testimony of Newell and Cindi’s mother, Arlane (played in the show by Jean Smart) in which she stated that she still loved him and forgave him. Britton’s at once empathetic and frustrating portrayal of Newell shows how conservative and religious women of a certain generation are socially conditioned to forgive the men in their lives, even when they’re being stalked, embezzled and murdered by them. Perhaps not coincidentally, Newell is of the generation of women targeted by Bundy and subjected to the frenzied media obsession with his crimes…

If it’s shocking what Newell was willing to overlook because she “took a vow,” or how ignorant Beck seems of Joe’s control of her, or the lust of Bundy’s courtroom admirers, it shouldn’t be. Regardless of politics or socio-economic background, women are groomed from birth to be forgiving of, if not receptive to, this kind of behavior. From the Disney damsels in distress who unconsciously couple with their knights in shining armor, to the rom-coms where men won’t take no for an answer, to pop culture’s bad boys who can only be tamed by the love of a good woman, there’s nary a moment when men’s abuse isn’t excused and glamorized.

“We have a history of a set of values and understandings of what we’re supposed to be to a man…” Britton told Vulture. “These are not things specific to Debra. These are varying ideas that have been passed down to women for decades and decades.”

So is it any wonder that there’s a market for this kind of content? Hell, we’ve been sold it for millennia, primarily in the form of rom-coms. It’s important to note that this genre of media has historically been sold to women by men who think that’s what women want to see. The argument could be made that YOU, Dirty John et al are supposedly aimed at women but spend an awful lot of time letting abusive men make excuses for their behavior.

But I don’t think the rise in the aforementioned content just comes down to a blatant romanticization of violent men. Like most realms of pop culture, women gravitate to and are spearheading the recent true crime renaissance, and Netflix boasts a higher percentage of female viewers, so it makes sense that we would be the primary audience for the streaming service’s offerings in this genre. Maybe our obsession with observing these disarming yet dangerous men is an exercise in survival: rapists, murderers and con men are just as likely to look like the boy next door as they are to be living next door. Or perhaps even closer…

In Bundy’s prophetic words in the closing moments of The Ted Bundy Tapes, “We want to be able to say we can identify these dangerous people. The scary thing is you can’t identify them. People don’t realize that there are potential killers among them. How could anyone live in a society where people they liked, loved, lived with, worked with, admired, could the next day turn out to be the most demonic people imaginable?” 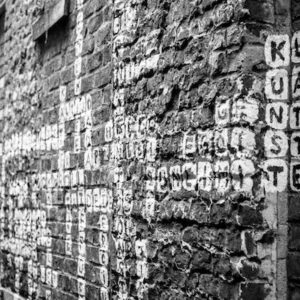 We’re taught to write what you know. I couldn’t agree more. When I sold Detective, my first Stanley Hastings book,...
© LitHub
Back to top