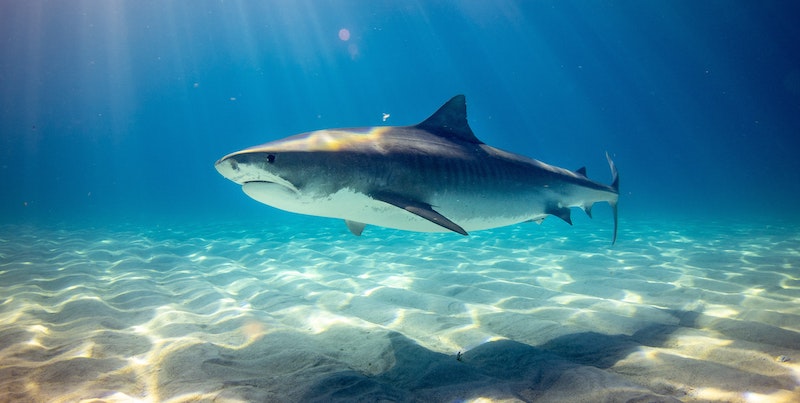 Ecotourists looking for extreme thrills have embraced cage diving—but how do sharks feel about it?

Would you go shark cage diving if you had the chance? When my husband and I were in New Zealand, he asked me if I was game.

I swallowed. “How about birding instead?”

In my second Alexa Glock forensics mystery, The Bones Remember, Alexa’s friend wants her to see great white sharks up close and personal too. Her response: Not. Happening. She believes people who dangle in stainless steel need their gene pools culled.

Likewise, the residents of Stewart Island where The Bones Remember takes place. This large island of less than 400 residents squats 17 miles off the coast of New Zealand’s South Island. The cold Pacific waters surrounding it are a seasonal mecca for great white sharks, most likely due to the abundance of fur seal McNuggets. In 2016, a New Zealand marine scientist estimated 60 whites congregate around Stewart Island each season.  That’s a lot of apex predators, so it’s no wonder they’ve spawned cage diving operations.

Shark cage diving takes place in New Zealand, Mexico, South Africa, Australia, and the United States. Operators ferry tourists to shark grounds, usually a couple miles off the coast, and submerge them in steel cages—with air tanks or hoses—when and if the sharks, enticed by dead fish, offal, and blood, arrive. Tourists pay big bucks, too. My husband blanched when he discovered it would cost us each $600 to squeeze into wetsuits and see eye to eye with Jaws.

“Sharp-cornered steel cages dropped daily into a protected animals’ environment; berley poured into the water followed by hunks of tuna on rope tossed repeatedly into the sharks’ natural feeding ground. What a horrible example of interacting with nature: Sharks injured by contact with steel cages; sharks teased and baited and fed; sharks taught year after year that humans in water and the sound of boat engines equate a quick easy meal. We want this operation GONE.”

The page has over 2,800 Likes, and goes on to suggest people planning to shark cage dive consider the implications.

“The sharks’ behavior has changed since the cage diving started, no doubt about it,” a local was quoted in a Guardian news article. “Now when they see a boat, or a float, the sharks associate it with food. We are being targeted, and it’s only a matter of time before they get someone.”

Many islanders won’t let their children swim or kayak because of the risk.

This real life friction is explored in The Bones Remember. In the island’s only pub one night, Alexa Glock overhears a local berating a tourist: “How about I slice you open, chum with you?”

Sharks are sometimes injured by cages and killed. In 2019,  off Mexico’s Guadalupe Island, a white shark rammed into a cage of tourists and became stuck. It slowly bled to death.

The New Zealand courts have gone back and forth over whether shark cage diving is an offense under their Wildlife Act. For a while the cage diving operations were banned. Then, in 2019, the Supreme Court ruled cage diving off Stewart Island was not an offense. As of now, there is one cage diving company operating in the area.

Proponents of shark-cage diving claim the experience educates tourists about shark behavior, biology, and conservation, and therefore ends up protecting sharks. On The Planet D blog, Canadians Dave and Deb wrote about their shark cage dive experience in Gansbaai: “Diving with these beauties not only is a thrill, but it helps us to better understand the shark.”

A 2018 South Australian study interviewed 136 tourists following their white shark cage dive. They discovered a rise in pro-conservation attitudes and behaviors toward sharks.

Another cage diver tourist said this: “Cage diving allows us to observe the great whites in their natural environment and is a far less intrusive method when compared to the use of aquariums and zoos. If this type of wildlife observation has become criminal, then shouldn’t the same happen for safaris in Africa?”

To date, there have been no fatal shark attacks on Stewart Island since cage diving began. There are pros and cons to this bucket list experience, but the largest threat to sharks is the fishing industry.  Two-thirds of the world’s 500 shark species are threatened by overfishing.

In The Bones Remember, Alexa Glock both fears and respects Stewart Island’s seasonal guests, and believes the sharks should be left in peace. 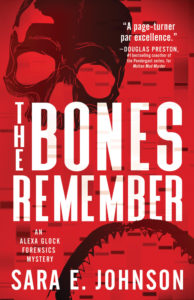 Sara E. Johnson worked as a middle-school reading specialist and local newspaper contributor before her husband lured her to New Zealand for a year. Her first novel, Molten Mud Murder, was the result. She lives in Durham, North Carolina. Her latest novel, The Bones Remember, is now available from Poisoned Pen Press. 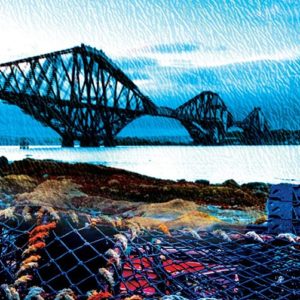 Another week, another batch of books for your TBR pile. Happy reading, folks. * Daniel Tunnard, Escapes (Unnamed Press) "Florence...
© LitHub
Back to top