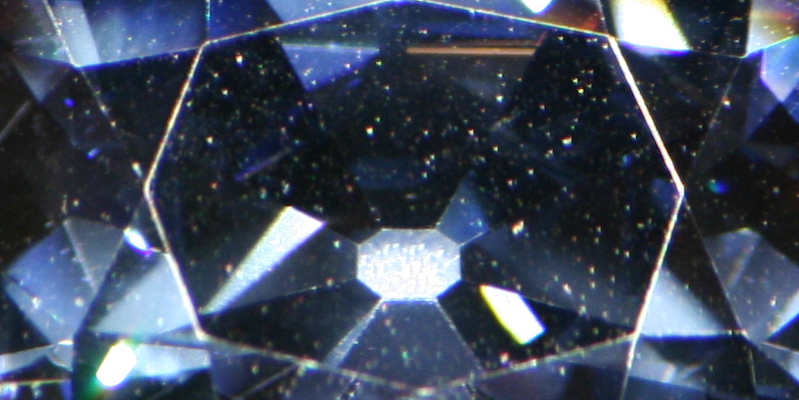 From jewel heists, to forgers, to treasure hunts, these historical novels are full of beauty—and thrills.

A little over three years ago I was in the final stages of researching and writing my last novel set in Shanghai in World War Two—The Song of the Jade Lily—when I stumbled across an extraordinary newspaper article that completely knocked me off track.

It was a review of an exhibition of 500 priceless pieces of Elizabethan and Tudor jewelry—The Cheapside Hoard—that was on display at the time at the Museum of London, and I paused to read it. Who doesn’t love a diamond?

Naturally, I put aside the manuscript I was supposed to be writing and started to research everything I could on this shiny new topic. I trawled the internet, ordered books on goldsmithing, gemstones 1600s London, Shakespeare and Samuel Pepys and Edwardian London. I went to antique jewelry exhibitions and eventually booked myself a flight to London to take some walking tours with historians, visit the museums and see some of these precious pieces for myself.

As my imagination took flight—the same questions haunted me: how could someone neglect to retrieve 500 precious pieces of jewelry and gemstones? Why was such a collection buried in a cellar? Who did all these jewels belong to? Why did nobody claim this treasure in the subsequent years? Who were the workmen who actually discovered the jewels in an old London cellar at Cheapside in 1912?

No-one knows the answers to these questions.

The Lost Jewels is my imagined tale woven between the facts. For me, a novel begins between the gaps of history. I build my world on the bits we don’t know. This gives me opportunity to explore the dark, difficult and joyful parts of human nature.

Clearly, I’m not alone in being bedazzled by forgotten treasure, stolen treasure and the origin story of precious art and artifacts. Because some of the greatest authors of our time have used real-life mysteries and woven it into fiction. Here is my pick of some of the best. 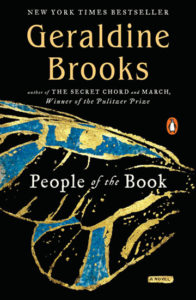 People of the Book by Geraldine Brooks

Inspired by the extraordinary true story of a Muslim librarian who risked his life to hide the priceless Sarajevo Haggadah from the Nazis. This is the launching pad for the imagined  journey of a rare illuminated manuscript through centuries of exile and war. Brooks is a brilliant storyteller and set the bar with her sense of place and gutsy female protagonists. Her writing is at once entertaining and razor sharp. I adore all her books. 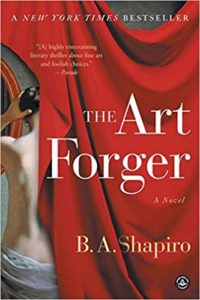 The Art Forger by B.A. Shapiro

In March 1990, two men disguised as police officers stole 13 works of art from Boston’s Isabella Stewart Gardner Museum — works collectively valued as high as $500 million, the largest art heist in history. Like the mystery of London’s Cheapside Hoard, nobody has been able to solve this crime.

Shapiro takes the reader’s hand and leads them on a thrilling ride through centuries of deception, fraud and thievery. It’s a literary lesson in Degas, forgery and the secret pacts we make than can unravel in unexpected ways. 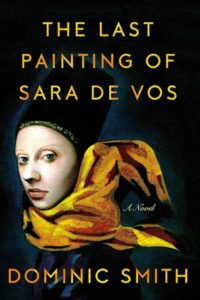 The last painting of Sara de Vos by Dominic Smith

Inspired by the long-overlooked stories of female painters in 17th-century Holland, Smith digs deep into the research to produce a tale of unyielding longing and light. He magically weaves three timeframes from Holland to 1950s New York to a present-day shimmering Sydney tracing the broken tale of forgery, lust and loss. 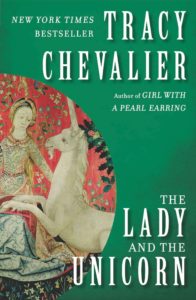 The Lady and the Unicorn by Tracy Chevalier

Every novel by Tracy Chevalier is a masterclass in how to merge meticulous historical research with an imagined tale. Here, she re-imagines the weaving of a tapestry now housed in the Musée de Cluny—describing the mysterious commission and all the parties involved in the creation of it. What unfolds is a beguiling tale of a beautiful young woman and the people who surround her. All their stories are woven into the tapestry of this tale, which thrums with sex and sensuality. If The Girl with a Pearl Earring was an exercise in measured desire, then this novel unleashes Chevalier’s full range with a thrilling mystery and carnality. 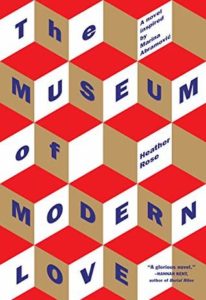 The Museum of Modern Love by Heather Rose

This one is different again as it is not based on a missing artwork, but instead centers around a real piece of performance art that was showcased at the MOMA in 2010—The Artist is Present by the Serbian artist Marina Abramović. A cluster of characters each visit the artist for their own reasons, and what emerges is a part-documentary, part-fictional tale of art, love, grief, loss, dislocation and convergence. 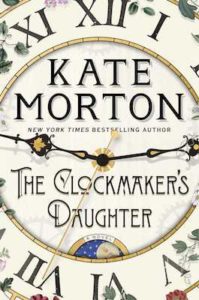 The Clockmaker’s Daughter by Kate Morton

Perhaps no-one on the planet does the multi-timeframe historical mystery with more style than Kate Morton. Her last novel retains her trademark gothic touch as she tells the tale of a group of young artists in the summer of 1862 who descend upon (a fictional) Birchwood Manor on the banks of the Upper Thames. At the end of summer, a person is dead and a blue diamond is missing.

In her notes for this book, Morton provides a list of country houses, museums and Pre-Raphaelite references that inspired this twisty and layered novel. One can’t help but admire the skill with which Morton toys with the facts and mythology around the notorious blue Hope Diamond, which has always left a trail of mystery and misfortune as it passed hands. 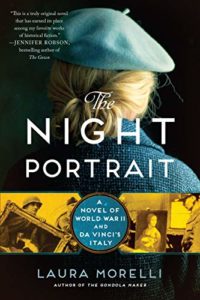 The Night Portrait by Laura Morelli

This is a dual-timeline novel due out later this year, that dives into the creation of Leonardo da Vinci’s most famous painting, Portrait of a Lady with an Ermine.

Cut to 500 years later, World War Two, where the priceless artwork is stolen by the Nazis and hidden. The novel follows the true story of one brave woman who risks her life to work undercover with the Monument Men to retrieve da Vinci’s painting. 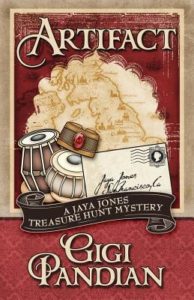 A little bit Indiana Jones with a cerebral twist as the modern-day treasure hunt is for precious Indian artifacts. These books will take you from San Francisco to Scotland, Italy, France and Japan. The settings will enthrall you, as will the deep-dive into Indian colonial history. 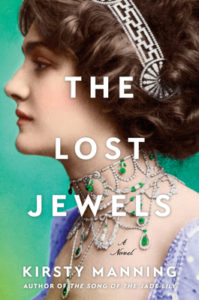 Kirsty Manning grew up in northern New South Wales, Australia. She has degrees in literature and communications and worked as an editor and publishing manager in book publishing for over a decade. A country girl with wanderlust, her travels and studies have taken her through most of Europe, the east, and west coasts of the United States as well as pockets of Asia. Kirsty's journalism and photography specializing in lifestyle and travel regularly appear in magazines, newspapers, and online. She lives in Australia. Her latest novel, The Lost Jewels, is now available from William Morrow. 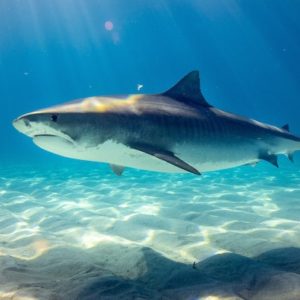 Would you go shark cage diving if you had the chance? When my husband and I were in New Zealand, he asked me if I was game. I...
© LitHub
Back to top