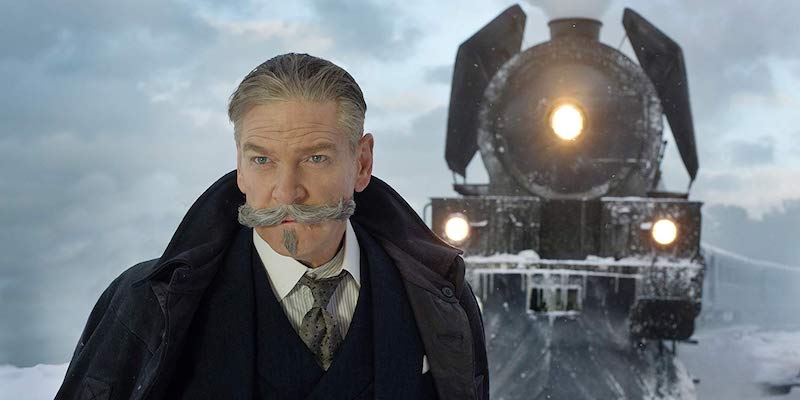 Changes need to be made in the process of adapting novels to the screen—that’s just part of what has to happen when you switch between mediums. But in our content-hungry age, if a novel is to be adapted to the small screen, and into a miniseries in particular, this often translates into stretching the original narrative to fit the required number of episodes. If a novel is to be adapted into a feature film, it often seems that something extra is thrown in to give the film the required box office punch.  These decisions to add to the narrative have little to do what the original story requires in terms of length or scope, but are based on commercial considerations. We see this played out over and over again—especially in the recent adaptions of Agatha Christie novels.

In her posthumously published autobiography, Christie, who knew a thing or two about the mechanics of a successful crime novel, wrote:

Of course, there is a right length for everything. I think myself that the right length for a detective story is fifty-thousand words. I know this is considered by publishers as too short. Possibly readers feel themselves cheated if they pay their money and only get fifty thousand words—so sixty thousand or seventy thousand are more acceptable. If your book runs to more than that I think you will usually find that it would have been better if it had been shorter.

There are a couple of points worth noting here. First, that Christie’s preferred length is fifty thousand, but since publishers thinks that’s too short she’s willing to write a bit longer. (I like that she says “possibly” readers feel themselves cheated—presumably that’s what her publishers tell her, but she keeps her own council.) And if readers feel themselves cheated with fifty-thousand words, then the reason for writing longer books isn’t because the stories themselves require that length, it’s because that’s what the market (supposedly) demands. And yet, Christie is very clear that when detective stories of the type that she writes go beyond sixty or seventy thousand words, they lose something by doing so.

It may be that the two most recent adaptions of Christie novels—The ABC Murders, a three-part mini-series starring John Malkovich as Poirot; and Murder on the Orient Express, with Kenneth Branagh as Poirot, and Branagh directing—have come out to such mixed reviews precisely because they try to go bigger and longer with their source material. ABC adds layers of psychology to the supporting characters, social commentary, and a backstory for Poirot. Orient Express is filmed in wide-screen format and adds extra set-piece scenes, which appear nowhere in the novel. These include a lengthy opening set in Jerusalem in which Poirot proves his mettle as a detective before the murder mystery begins, and later, a chase in the snow and denouement in a snowy tunnel. (And going with the bigger-is-better theme: ginormous moustaches for Poirot.)

Given that most of Christie’s novel is set in inside the narrow confines of a railway carriage, Branagh’s decision to shoot the film in 70mm (a wide-screen format usually used by movies with a sweeping cinematic canvas) is striking. He explains his choice saying, “I wanted you to feel the snow and smell the steam—I wanted to have all the advantages of classic material and none of the disadvantages of over-familiarity.” There is indeed something very lush and glamorous about the way the film looks—and that’s fitting for a mystery that takes place on a railway line that was noted for being luxurious.  But other aspects—particularly the opening, which demonstrates Poirot’s skills against the backdrop of the Western Wall—seem completely tacked on, as though the film felt obliged to give viewers some action and crowd scenes and a bit of exotic scenery before cooping everyone up in their compartments.  (The novel begins in Aleppo, Syria, and puts Poirot on the train as swiftly as possible.) Branagh says that he wanted to avoid “heritage movie-making,” which I took to mean that he wanted to make a period piece with a contemporary feel. He goes on: “I wanted to remove excessive theatricality—a sense of the sort of fluting, shrill shriek, of so called ‘larger than life’ characters. I wanted to feel that people were talking not much louder than we are now.” I’m not sure that he succeeds in that regard, especially in his performance as Poirot. The movie’s flashy A-list cast, which includes Johnny Depp, Michelle Pfeiffer, Penelope Cruz and Daisy Ridley, appear to be selected in large part for box-office reasons. While watching the film, I spent more time thinking on the film’s budget and what it must have been like for all of them to be working together, than about why the motley crew of characters that they play would all be taking this particular journey. With something so flashy, it’s hard to suspend disbelief.

If a novel is to be adapted into a feature film, it often seems that something extra is thrown in to give the film the required box office punch.

Updating Christie’s novel while keeping it set in the past also seems to have been the goal of Sarah Phelps, the writer and executive producer of the three-part mini-series based on ABC Murders. She explains how she asked the same questions of Poirot as she asked about the characters in her other Christie adaptations: “What do they want? What wakes them up at night? What is the pure flame of their life? What would they do to keep that burning? What would they do if their secrets were known?” Her careful interrogation results in some compelling and atmospheric moments (some of the street scenes, the landlady’s home), but the miniseries is also full of overly dramatic flashbacks as Poirot recalls his past, and mystifyingly long takes focusing on such minutiae as the huge boil at the back of a lodger’s neck, type-writer keys hitting paper, and the consumption of fried eggs for breakfast.

Both adaptations have had their share of detractors, and ABC has drawn outrage from die-hard Christie fans for taking so many liberties with the original, particularly in its creation of an origin story for Poirot. (No spoilers here.) Christie’s great-grandson, James Prichard, says of the adaption, “I’ve learned a lot about my great-grandmother’s work from [Phelps]. I now read it differently… You cannot just translate a book and put it up on screen. To change the medium you need to change things in the script.”

All of which I would agree with. But the driving force behind the adaption seems to be summarized in a different consideration entirely: Prichard admits that, “[y]ou are also creating three hours of television from not a particularly long novel. That takes some doing.”

While some of the aspects that Phelps includes add texture and interest to the adaption, the decision to turn “not a particularly long novel” into a three-hour long TV show is one to question. It seems to be based on exactly the same consideration that Christie noted in her autobiography—a commercial one. And as Christie also noted, longer or bigger doesn’t make for better when it comes to certain kinds of stories, particularly, in her judgement, the ones that she writes.

Unlike those writers whose commercial success led to lengthier novels, Christie stuck to her formula. ABC Murders and Orient Express clock in at less than 300 pages in their current William Morrow editions, and all twenty of the Christie paperbacks in my old “Pocket Book” collection come in at around two hundred, or less than two hundred pages. Despite her coy remark—”It is important to profit by the fact that a human being is naturally lazy and so won’t write any more than is absolutely necessary to convey his meaning”—this wasn’t due to laziness. Christie, who wrote sixty-six novels in addition to short story collections, plays etc. could hardly be called lazy. Rather, she had a clear understanding that efficient narration was among the hallmarks of her storytelling, and a key feature of what made her stories work.

While her great-grandson Prichard correctly points out that you can’t just translate novels to the screen, and that when you change the medium you need to change or alter some aspects of how the story is told, the decision to add extra material to Christie’s novels isn’t always successful. At worst, it results in meandering stories that don’t hold together. At best, we get something interesting and new but that bears very little resemblance to the original.  I wouldn’t go so far as the New York Times review, which says of Phelp’s adaptation of ABC, that it rips up “the formulas and assumptions” of Christie’s work so thoroughly, “that the mystery becomes, why bother…”? Such is the power of Christie’s name that die-hard fans (myself included) tune in to watch and discuss and complain and dissect. And that, no doubt, is the producers’ intention. 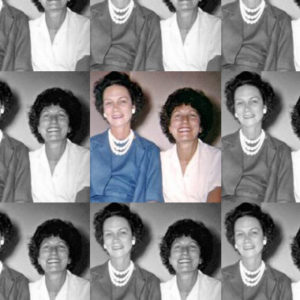 In March 1944, Jacqueline Nearne was living on a knife edge in Nazi-occupied France, spying undercover for the Allies. Risking...
© LitHub
Back to top