Breaking Down the Best Crime Podcasts of 2019 (So Far)

My calendar assures me that 2019 is already nearly halfway over. This just feels so unlikely—but like many things that shouldn’t be true, it still is, so let’s go ahead and talk about some excellent podcasts that you can listen to in this disorienting time.

As true crime’s popularity continues at a steady clip, the genre has continued to grow broader, more sensitive, and more varied, with a wide array of new topics and cases coming to light. So whatever else you have going on halfway into this year, you can find some comfort in the fact that as far as true crime podcasts go, things are going great! Here are 12 brilliant examples for you to listen to right now. 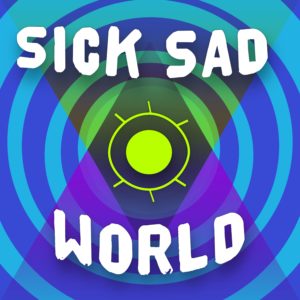 In a world where crime victims are disproportionately people of color, yet crime podcasters are overwhelmingly white, it’s more urgent than ever to listen to marginalized voices. Mari and Jasmine, the cohosts of Sick Sad World, are a breath of fresh air in a space where we haven’t paid nearly enough attention to people of color, to the queer community, to the disabled, to activists, to all of the above. Sick Sad World would be well worth a listen for its intersectional perspective alone—but it’s also just a really great podcast. Mari, Jasmine, and a spirited roster of guests are funny, warm, and spontaneous, as well as scrupulous researchers and empathetic storytellers. Whether the topic of the day is crime, ghosts, or Buffy the Vampire Slayer, Sick Sad World will tackle it all with unflinching realism, along with profound generosity and hope. In particular, their recent “Marginalized in True Crime” episode is crucial listening for anyone with even a passing interest in the true crime, and who wants the genre to flourish and evolve. 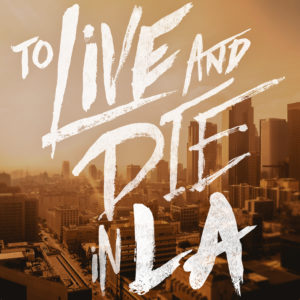 To Live and Die in LA

It would be easy to mistake To Live and Die in L.A. for a fictional story, a nimble piece of neo-noir. The podcast follows the trajectory of a young, optimistic woman at the start of an acting career, whose sudden disappearance leaves family and friends bewildered. Left behind are her mysterious boss at a hookah lounge, her on-again-off-again boyfriend, her bereft mother, her spooked acting classmate, her best friend who had a bad feeling. Not to mention the irrepressible private investigator, and the Rolling Stone journalist determined to find the truth, no matter the personal risk. Complete with cryptic text messages, cell phone pings, scribbled down license plate numbers and a host who says things like “She looks forlornly over the dirty and desperate streets of Hollywood,” To Live and Die in LA seems too dramatic to be real—except, as journalist Neil Strauss is careful to stress in the first episode, it all is. 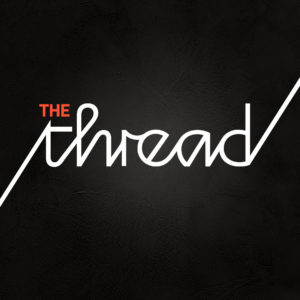 True to its name, The Thread is a podcast that traces how one thing is connected to another. In their first season, they convincingly linked John Lennon’s assassination to Vladimir Levin’s October Revolution. The podcast later untangled the progression of nonviolent resistance, and the rise of the #metoo movement. In their fourth season, The Thread goes into a legal question that’s as controversial as it is fascinating: the insanity defense. Starting with the 2012 mass shooting in a Colorado movie theater, The Thread goes backwards in time with each episode, taking on a different case until they go all the way back to the first use of the insanity defense: the 1843 trial of Daniel McNaughton, who murdered an English civil servant while under the delusion that he was attacking the Prime Minster. With slick production, compelling narration, and a wide variety of interviews, The Thread takes a hard look at a concept that continues to haunt our criminal justice system, even as its outlines remain troublingly hazy. 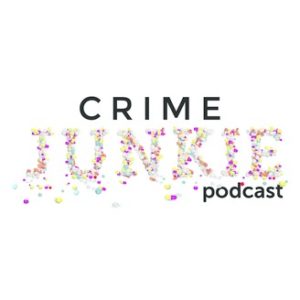 Crime Junkie is hosted by Ashley Flowers, a volunteer with Crime Stoppers of Indiana, and longtime host of a weekly “#MurderMonday” segment on Indianapolis radio. As her radio segment has grown in popularity, Ashley has turned to podcasting, where she really shines. An engaging, thoughtful narrator, Ashley conducts careful research to bring the listener a comprehensive picture of each case and related theories, explaining her reasoning every step of the way. She also has a loyal sidekick in her producer, Brit, who reacts in real time to the cases, and who stands in for the listener with questions, theories, and expressions of disbelief. The two complement each other extremely well, so that by the end of every episode of Crime Junkie, you’ll feel like you’ve come to understand the case right along with them. 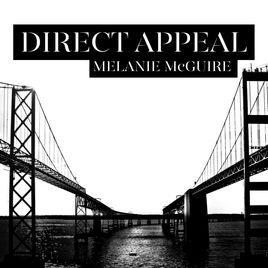 To get the obvious out of the way, Direct Appeal will ~directly appeal~ to anyone who enjoyed the first season of Serial. Hosted and researched by two criminology professors, this brand-new podcast is centered around a convicted killer who insists upon their innocence: in this case, Melanie McGuire, aka “The Suitcase Killer,” who’s currently serving a life sentence for allegedly killing and dismembering her husband.  As hosts of the podcast, Drs. Meghan Sacks and Amy Shlosberg not only interview Melanie, but discuss the specifics of the case, the people who know Melanie, their own impressions of her, and the likelihood that she might not be guilty. And they do it all with a wealth of knowledge, so that Direct Appeal is both an absorbing and enlightening experience. 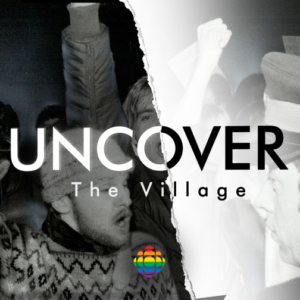 The newest season of CBC’s Uncover follows eight men who disappeared from Toronto’s Gay Village between 2010 and 2017, and the eventual arrest of Bruce McArthur: gardener, volunteer Santa, and serial killer. Uncover: The Village is hosted by investigative journalist Justin Ling –a gay man of color who knows Toronto’s Gay Village well, and who therefore fits a very similar profile to the men McArthur abducted and killed. Through a series of interviews and explorations, Justin narrates the winding tale of the disappearances, the frustrating police investigation, the fight for gay rights in Toronto, and the community that was rocked for many years by the loss of one man after another—men who at times seemed invisible to the outside world, long before they vanished. 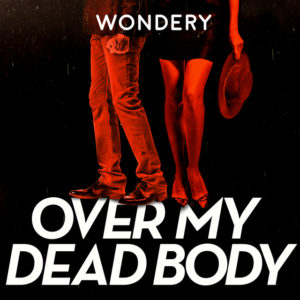 Over My Dead Body

Many of Wondery’s most successful podcasts—like Dirty John, Dr. Death, and Gladiator—tell stories that are immediately out of the ordinary. A new boyfriend who’s not what he seems, a charming neurosurgeon who might be a psychopath, a football legend turned murderer. But Wondery’s newest true crime podcast, Over My Dead Body, starts with something much more ordinary: a marriage that comes together and falls apart. Dan Markel and Wendi Adelson seemed from the outside to have a perfect life, but the real story behind the scenes was murky, complicated, and—for one of them—fatal. From the murder onwards, Over My Dead body really does become extraordinary, as a labyrinthine plot unfolds, riddled with complexities. With strong interviews and narration, compelling use of wiretap footage, and anticipation of a trial that’s just gearing up, Over My Dead Body is a worthy addition to Wondery’s expanding library. 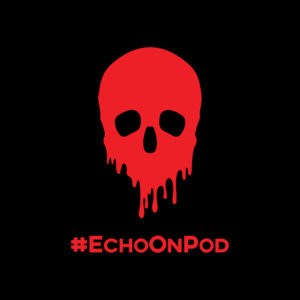 Chris and Christian—friends, bandmates, affable Brits—love true crime podcasts, but are all too aware of how many there already are.  With Echo On, they’ve created a different sort of podcast—focusing less on a complete rundown of any given case, and more on a specific question or issue within that story. An episode about a serial killer might give way to a discussion of nature vs nurture. Another could go into what makes an effective cult leader, or what being a psychopath actually means. This structure is not only something different; it also avoids any glorification of criminals, a line that every true crime podcaster has to walk. As Christian notes in their intro episode, “I love the Nightmare on Elm Street films, [but] I don’t sit there and want to be Freddy’s friend. I’m just interested in the story, and these stories we’re reading, they’re so unbelievable.”  Sincere, conscientious, and quietly funny, Chris and Christian are at times reminiscent of Nic and the Captain of True Crime Garage—but with Echo On, they’ve also created something all their own. 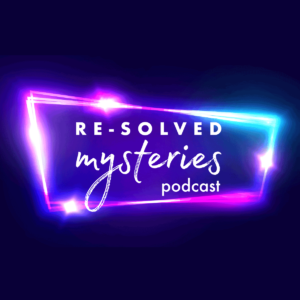 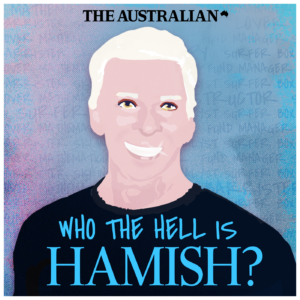 Who the Hell is Hamish?

At first glance, there’s always something glamorous about a con artist. Watching someone waltz into a community, hoodwink everyone there, and exit with their prize tucked under their arm is always a little thrilling. Who the Hell is Hamish?, a new podcast from The Australian, is well aware of this—and while the podcast is undeniably entertaining, it also steadfastly illustrates the real ruin and destruction that a con artist can leave in their wake. Hamish Watson—handsome, likable, reassuring—manipulated and coerced one well-meaning person after another, stealing millions of dollars and changing innumerable lives forever. Journalist Greg Bearup gets this point across with a series of mostly sensitive interviews—an unfortunate exception being a needlessly tone-deaf bonus interview with a teenaged victim of Hamish’s. But despite its flaws, Who the Hell is Hamish? is well worth a listen, and tells an engrossing tale of human weakness, trust, heart, and heartlessness. 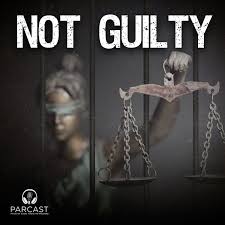 Not Guilty, a new podcast from Parcast, is perfect for anyone who loves a good courtroom drama. Part 1 of every case goes into the particulars of the crime itself—including in-depth information on the victim and possible suspects—and Part 2 dives into the court case(s), putting the listener in the jury box. Rather than summarize criminal proceedings, Not Guilty goes through them step by step, describing witness testimony, interactions between attorneys and judges, and the much-scrutinized behavior of the defendants. Hosted by the inimitable Vanessa Richardson, Not Guilty is focused, thorough, and captivating—and leaves the listener pondering questions of crime, punishment, and whether justice was served. 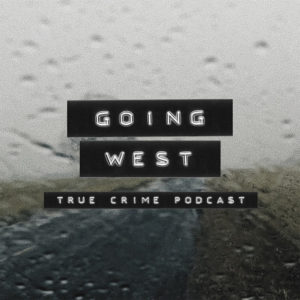 Going West, a podcast from West Coast couple Heath and Daphne, is an excellent choice for listeners who are frustrated by off-topic conversation. While the pair keep their podcast low on banter, they retain a conversational style that makes for easy listening, along with rigorous research and honest emotional reactions to the cases they discuss. Whether you’ve heard any of these West Coast cases before, Going West will bring you to each case with fresh eyes, so that an episode or two can go by before you’ve looked at the clock. For anyone willing to (mentally) travel down winding highways to a sunny and dangerous coast, Going West is a must-listen. 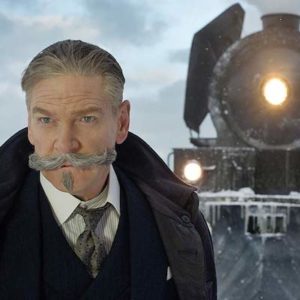 Changes need to be made in the process of adapting novels to the screen—that’s just part of what has to happen when you switch...
© LitHub
Back to top