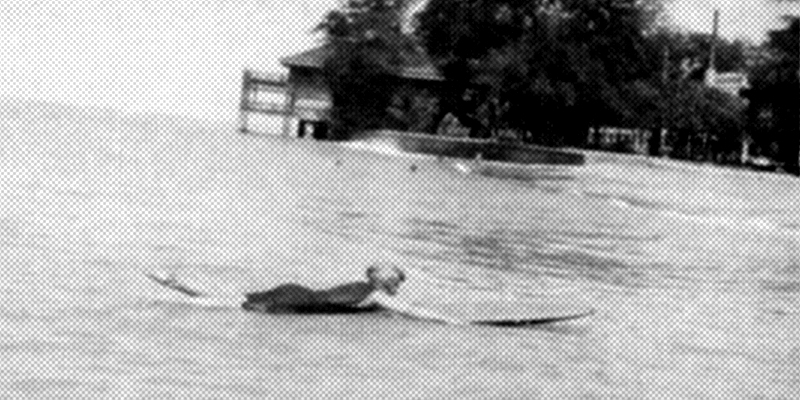 The Queen of Crime was a woman of adventure.

Agatha Christie had an astonishing talent for writing detective novels. Her short story And Then There Was None is the world’s best-selling mystery. With over 100 million copies sold, Publications International lists the novel as the world’s sixth best-selling title of all time. But writing aside she was also one of the most adventurous women of her age—and she found her passion for surfing every bit as fervent as her enthusiasm for entrancing murder plots.

In the summer of 1924, she and her husband Archie had taken a side trip from their planned round-the-world sailing route specifically to try the surf in Hawaii. This was the leg of their voyage they had been most excited about when they had set sail on an eight-month global sojourn that had taken them to South Africa, Australia, and New Zealand. They had been introduced to surfing in Cape Town, and as Agatha wrote about her experience in a novel, published two years later, The Man in the Brown Suit: “Surfing looks perfectly easy. It isn’t. I say no more.”

“The surf boards in South Africa were made of light, thin wood, easy to carry, and one soon got the knack of coming in on the waves. It was occasionally painful as you took a nosedive down into the sand, but on the whole it was great fun.”

But they had really only tried prone surfing in Cape Town. In Hawaii they would learn the fine art of standing upright on a board—and learn the power of Hawaiian waves even on the gentler South Shore of Oahu. It would be a memory that set her on a course for life.

“It was a bad day for surfing—one of the days when only the experts go in—but we, who had surfed in South Africa, thought we knew all about it. It is very different in Honolulu.” She would recall.

“I was not as powerful a swimmer as Archie, so it took me longer to get out to the reef. I had lost sight of him by that time, but I presumed he was shooting into shore in a negligent manner as others were doing. So, I arranged myself on my board and waited for a wave.”

“The wave came. It was the wrong wave. In next to no time I and my board were flung asunder.”

“When I arrived on the surface of the water again, gasping for breath, having swallowed quarts of saltwater, I saw a tiny board floating about half a mile away from me, going into shore.”

She assumed she was in for a long swim—but her luck held, just as it did in her books.

A young American surfer retrieved her board for her with some advice as well: “Say, sister, if I were you I wouldn’t come out surfing today. You take a nasty chance if you do. You take this board and get right into shore now.” It was no put down, just good council from an experienced surfer to a novice.

As Christie noted, “I followed his advice.”

Yet she came back the next day. And the day after that. She continued to surf every day getting better and better as she put the requisite time in.

“After starting my run, I would hoist myself carefully to my knees on the board, and then endeavor to stand up. The first six times, I came to grief. . . . [but] Oh, the moment of complete triumph on the day that I kept my balance and came right into shore standing upright on my board!”

“Agatha Christie is probably one of the first British ‘stand-up surfers,’ along with Edward, the Prince of Wales, who also surfed in Waikiki in 1920 and held a short reign as King Edward VIII of England before abdicating the throne to marry the love of his life American beauty Wallis Simpson,” noted researcher Peter Robinson from the Museum of British Surfing.

‘’In the early 1920s very few British people were surfing and the only one we know about earlier than her, standing up, was Prince Edward,” Robinson said.

‘’It certainly shows a new aspect to her life, she clearly had a passion for the sea and was one of the first wave of new surfers,” he continued. ‘’She was such a prolific writer that people tend to associate the image of an older lady writing books. But when she was younger she was actually a very accomplished surfer, and one of the first I know of from the UK.’’

Agatha never gave up her love for surfing. There was, she wrote, “Nothing like it. Nothing like that rushing through the water at what seems to you a speed of about two hundred miles an hour . . . until you arrived, gently slowing down, on the beach, and foundered among the soft, flowing waves.”

There may be no more famous woman whose pursuit of adventure resulted in her becoming one of the earliest surfers of her age. But there was no mystery about what drove this astonishing woman to ride waves. “It was”, she wrote in later years, “one of the most perfect physical pleasures that I have ever known.” 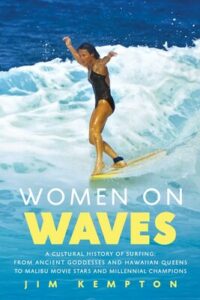 From WOMEN ON WAVES, A CULTURAL HISTORY OF SURFING: FROM ANCIENT GODDESSES AND HAWAIIAN QUEENS TO MALIBU MOVIE STARS AND MILLENNIAL CHAMPIONS by Jim Kempton. Copyright © 2021 by Jim Kempton. Reprinted by permission of the publisher, Pegasus Books. All rights reserved.
Share:
Agatha ChristieJim KemptonPegasussurfingWomen on Waves

Jim Kempton is the award-winning former editor in chief of SURFER magazine. He is the author of three books, the including First We Surf, Then We Eat and Surfing: The Manual. Currently, he is the President of the California Surf Museum and served as project director for a 70-foot surf exploration vessel, the Indies Trader, which traversed the globe in search of new wave discoveries while mapping the location and health of the world's reefs. 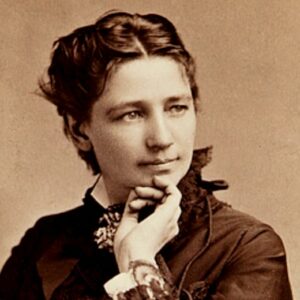 In 1893, Anthony Comstock, special agent to the Post Office and secretary of the New York Society for the Suppression of Vice,...
© LitHub
Back to top