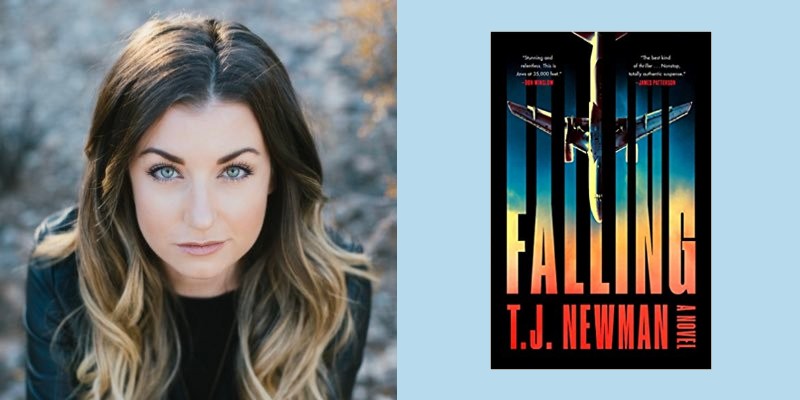 To achieve her dream, T.J. Newman first had to cope with the bad news, again and again.

I pulled over onto the shoulder of the road. Dust floated in the beam of the headlights as the car rocked back into park. Riding shotgun, my friend Jaimie peered into the dark woods that surrounded us, confused as to why we were stopping.

“This is going to be weird,” I said, “but I promise I’ll explain everything when I’m done.” The phone vibrated in my hand. “I have to take this call.”

With a shaking finger, I picked-up.

It’s hard to keep going when the people you’re putting your work in front of can’t even be bothered to send a proper rejection. I say that with all due respect to the agents who rejected me, don’t get me wrong. I know your slush piles are mountainous. I know it’s an unfair and unreasonable expectation that you would respond to every submission you receive. No hard feelings—then or now—I swear.

But that doesn’t change the fact that it hurt.

Rejection is hard enough. But the silence of a non-rejection is worse. Because in the space of not knowing, hope is permissible. Every time your inbox dings with an incoming email or your phone registers a number it doesn’t know, hope shoots through your system. You hear the cue, and your heart just can’t help itself. It knows, this time, the person on the other end of the line is calling to say your work is tremendous and they want to make all your dreams come true. But it’s usually a telemarketer. And the email is just the gas company saying your bill is ready. Not hearing back is a lingering, drawn-out torture where at least with a known rejection your hope can die humanely.

I should have been used to it. The rejection, I mean. I spent years in New York pursuing a career in theatre for god’s sake. I know rejection. Want to know what one of my survival jobs was during that time? (And I had several, because the acting sure didn’t make rent.) You know the people in Times Square who pass out flyers for the Broadway shows? The ones standing in the snow or rain or sweltering heat for hours on end only to be ignored by the tourists and scorned by the locals? Yup, that was me. And I went to that job after spending all morning at auditions where I sat in the hallway next to thirty other girls that looked exactly like me waiting for the two-minute opportunity to sing my sixteen bars and recite my monologue. Hours later, once I’d finally gotten in the room, I’d say maybe half the time the casting director actually looked up while I was performing.

That’s why, years later, after I’d left New York, and after I’d had the idea for Falling and I’d started writing it—I didn’t tell anyone. I felt like my time in New York had used up my personal quota of publicly witnessed artistic risk taking. I’d accepted that as a creative person, I was always going to have the impulse to create—but no one needed to know about it anymore. I didn’t need to share my art. God, no. I would create for my own gratification. Art for art’s sake.

After a bad breakup, isn’t the wise advice always to take some “me” time? Stay single, be alone, discover who you are and what you want. After my nasty breakup with my theatre pursuits, writing the first draft of Falling was just that. But once I had a first draft, once I’d shown myself (and only myself) that I could create again—I realized I did want to share it. Because that’s ultimately the best way to experience our love and creativity, right? With someone. I knew I’d regret it if I didn’t at least try to get this story off my computer and into the hands of readers.

I often think about how many works of art the world could have enjoyed but never got the chance to because the idea never left the artist’s head. Maybe what would have been my all-time favorite book was never written because the author was too afraid of failure. What a shame. I would have loved to have heard that story. I wished they would have written it.

I hung up the phone.

The call had gone well. The agent, Shane Salerno of The Story Factory, was interested. Very interested. Shane wanted to see the complete manuscript—asap. My whole body buzzed with adrenaline, the source of which was equal parts excitement and disbelief. This hadn’t happened before.

I turned to my friend who looked at me expectantly. She raised her eyebrows; what the hell was that?

She didn’t know I’d written a book. Very few people did. I’d kept it quiet. Safe. Letting people in on a need-to-know basis. I think now about how that crucial call came at a moment where I couldn’t step away. Where being alone wasn’t an option. Where my vulnerability and risk had no choice but to be laid bare in front of a witness.

“I don’t know for sure,” I said to her after a moment. “But I think there’s a chance my entire life just changed.”

It had. And I’m so glad I was with someone.

T. J. Newman, a former bookseller turned flight attendant, worked for Virgin America and Alaska Airlines from 2011 to 2021. She wrote much of Falling on cross-country red-eye flights while her passengers were asleep. She lives in Phoenix, Arizona. Falling is her first novel. 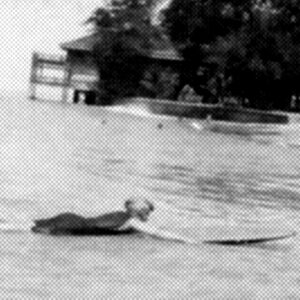 Agatha Christie had an astonishing talent for writing detective novels. Her short story And Then There Was None is...
© LitHub
Back to top