From family estates to Christie's wartime residences, a look at the homes that inspired her settings.

If du Maurier re-invigorated the Gothic house with modern passion and intrigue, Agatha Christie turned it into something of a three-dimensional game-board in which to reconfigure characters and objects to act out the varied plots of her seventy-six novels, 158 short stories and fifteen plays. Not all of these took place in large old English mansions; her settings evolved over time to include modern houses and apartments, as well as trains, pleasure boats and archaeological encampments. She became the bestselling author of all time, and her characters emerged from the page onto stage, television and film. But it is for popularizing the ‘murder mystery’ set in a specific place with an array of potential suspects that she is best known. In doing so, she also gave some of the grander houses new identities as places of intrigue but without the sense of terror of previous treatments. Her readers more like Catherine Morland in excitable sleuthing mod than Mrs. de Winter narrating her late encounters with evil.

Christie’s first published novel, The Mysterious Affair at Styles (1921), is set in a large country house, Styles Court, in Sussex, and was written from her own large family home, Ashfield, in Torquay, Devon, as well as from her room at the Moorland Hotel on Dartmoor. Styles is revisited in Curtain (1975), though at this point it has suffered the ignominious fate (mourned so bitterly in du Maurier’s early draft of Rebecca) of being turned into a guest house. Christie and her first husband, Archie, acquired their own large house in the countryside in Berkshire after the publication of her breakthrough novel, The Murder of Roger Ackroyd. They named the mock-Tudor house ‘Styles,’ after the book that launched her career. Crooked House (1949), often noted by Christie as one of her personal favourites, features a large gabled, half-timbered mansion in London. The Body in the Library (1942) has classic Cluedo appeal, but And Then There Were None (1939), one of her best-loved tales, brought the murder mystery to a new level of cunning and, as the guests are stranded at an island residence, gave the house even more prominence as an accomplice.

There are many houses Christie knew that likely inspired her settings. She was born into a wealthy and well-housed family, so Styles Court, the country estate that became a rehabilitation centre for British officers, could have taken its form from Ashfield, the house she grew up in and continued to use throughout her adult life, or from Abney Hall, which belonged to the family of her sister Madge’s husband, James Watt. The eponymous ‘Crooked House’ probably took something from her own Styles. Abney Hall in Cheshire, was a special favourite of young Agatha, who was a frequent visitor. It was ‘a wonderful house to have Christmas in if you were a child,’ she wrote, ‘an enormous Victorian Gothic, with quantities of rooms, passages, unexpected steps, back staircases, front staircases, alcoves, niches’ and ‘three different pianos’ to play. Christie wrote the novel After the Funeral and the short story ‘The Adventure of the Christmas Pudding’ while staying there, and it featured as the Chimneys estate in two thrillers from the 1920s, The Secret of Chimneys and The Seven Dials Mystery. It is easy to see how a childhood experience of living in these great houses, especially one as happy as Christie’s appears to have been, allowed her to take what is ultimately a more playful view of them than what we find in the Gothic tradition. Although du Maurier related fond memories of houses like Milton and Slyfield, the fact that these were war-time refuges may have cast a more serious spell on her memory. Whatever the reason, Christie’s view of these houses is much less dramatic, and though she is fond of giving them particular names—Styles Court, Ashley Grange, Swinley Dean, Fernly Park, End House, Chimneys, Gossington Hall, Nasse House, etc.—she doesn’t usually concern herself with lavish decorative details. Despite playing host to gruesome crimes, the houses of her murderous imagination are not particularly memorable, or foreboding.

Agatha Christie didn’t always need many rooms to stage a good mystery. ‘The Third Floor Flat’ takes an interesting turn as it moves into the realm of post-war apartment living. Characters trying to get into their locked flat by way of a coal chute accidentally enter the wrong residence and find a dead body. Luckily, a dapper crime-fighter by the name of Hercule Poirot lives just upstairs and is on hand to bring the murderer to justice. In her later stories, Christie indulged the taste for more modern architecture. Though not often precisely articulated by Christie, the settings have given television producers license to use some of England’s most iconic modern houses and apartment blocks as film locations. Endless Night (1967) features a glamorous newly built house that is the answer to the dream of the low-born narrator. Spying a parcel of land for sale, he says: ‘My longing for a house, a fine and beautiful house, such a house as I could never hope to have, flowered into life then.’ Having said that, there isn’t a lot of information about the design, apart from the description of it being ‘plain, very modern . . . with shape and light.’

Although Christie did not often name the buildings that had inspired her, she certainly would have got some of her ideas of modern architecture from her wartime residence in the Lawn Road flats in Hampstead (now known as the Isokon Building), where she and her second husband, Max Mallowan, went to live after their house at Sheffield Terrace was destroyed by bombing in 1940. The Lawn Road flats were built in 1934 by the architect Wells Coates, who was inspired by the new models for urban living, such as those espoused by Le Corbusier. The Isokon (as the building was renamed for the original design collective responsible for the building) contains thirty-four flats and demonstrates the minimalist, streamlined aesthetic of 1930s modernism. Not only the style of architecture but the creative types who were also in residence probably contributed to Christie’s appreciation for modernist design. Walter Gropius and Laszlo Moholy-Nagy of the influential Bauhaus school of art in Germany came to live there, as did the designer Marcel Breuer. It is now a Grade I-listed building, having been completely refurbished in 2003, and is considered one of London’s modernist landmarks.

Christie, like others of her social set, spent a lot of time in the great houses of her family and friends, but two world wars had had an impact on what is now viewed as a period of a rather carefree and indulgent lifestyle.

Born in Torquay, Christie often returned to Devon in her fiction and in real life. In 1938, as Ashfield was being encroached upon by public buildings, she bought a holiday home, Greenway, a house she had known from her childhood in Torquay. It became a much-loved home and she continued to use it until her death in 1976. In her stories, Greenway is most easily identifiable as Nasse House in Dead Man’s Folly (1956), which begins with a group of people playing a murder-mystery game that turns into the genuine article. Here, Christie has taken a postmodern approach, making a deliberately self-conscious reference to the fact that the characters and reader, too, are engaged in a kind of game. The boathouse where the body is found is very like the thatched little shelter at Greenway, further bringing the story out of its purely fictional world. Christie and Max had also purchased Winterbrook House in Wallingford as a second country retreat (she was still using her family home at Ashfield at the time) in 1934.

One of the more eccentric residences in Christie’s fiction is the house on Indian Island in And Then There Were None. The 1939 novel is considered her masterpiece, and the location is thought by many to be based on Burgh Island, just off the south coast of Devon. The wind-lashed residence was probably inspired by the Burgh Island Hotel, an amusingly ornate, whitewashed Art Deco specimen that played host to a number of celebrities in the 1930s, including Winston Churchill, Noël Coward and Christie herself. The effect of war, which was impending as the book was being written, may have had some bearing on the atmosphere of desperate isolation and on her decision to turn the resort location into a darker scene of serial murder, though Christie noted that the main challenge to herself was how to get ten people to die ‘without it becoming ridiculous.’

Christie didn’t present houses as objects of inexplicable, fatal obsession the way that du Maurier does, but she had her own domestic fixations. Early on in her career it was partly with the aim of helping her mother avoid having to sell Ashfield that Christie was prompted to continue writing detective stories, or ‘whodunits,’ a genre that had gained mass popularity with the tales of Arthur Conan Doyle. But the houses she set her stories in were more like pieces to a puzzle than places of supernatural or psychological horror. Christie, like others of her social set, spent a lot of time in the great houses of her family and friends, but two world wars had had an impact on what is now viewed as a period of a rather carefree and indulgent lifestyle. It is perhaps no coincidence that the board game Cluedo (Clue, in the US) appeared in 1949, in the wake of Christie’s own popularity and when many such houses were under threat. Cluedo’s inventor, Anthony E. Pratt, is reported to have said that Cluedo grew out of ‘murder,’ a game played in country houses in which people snuck around the rooms enacting secret killings, and that he got the idea during the war when blackouts put an end to many entertainments, including house parties.

Of course, Agatha Christie was well aware of the allure of the stately home, but she was happy to play with the setting in a way that approached pantomime, as well as parlour game, refusing to see it as a crucial cultural symbol or historical marker. In ‘The Adventure of the Christmas Pudding,’ Hercule Poirot expresses ‘horror’ rather than delight at being invited to spend Christmas in ‘an English country house,’ even though ‘parts of it actually date from the fourteenth century,’ as he fears the cold and damp. Yet like Rebecca and other haunting/mystery/detective stories, Christie’s works still have tremendous voyeuristic appeal in offering readers (through unexplained happenings) the chance to spy into the rooms, rituals and private lives of other people and their houses. The stories set in their rooms give the houses a new life of sorts, with fresh possibilities for modern narratives, enriched by historical or even mythic links to the past, even if those links aren’t at the forefront of the tale. In the further decades after the war, such links to the past were being thrown off as novelists embraced the life of the present, and future, however mundane or horrific that might appear. 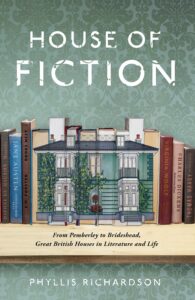 Excerpted from House of Fiction : From Pemberley to Brideshead, Great British Houses in Literature and Life, by Phyllis Richardson, available May 2021 from Unbound. Excerpted with permission of the publisher.

PHYLLIS RICHARDSON has written several books on architecture and design, including the highly successful XS series, Nano House and Superlight. She has written on architecture, urban development and travel for the Financial Times, the Observer, and DWELL magazine. She is currently the coordinator of the Foundation Year in English and Comparative Literature at Goldsmiths, University of London. 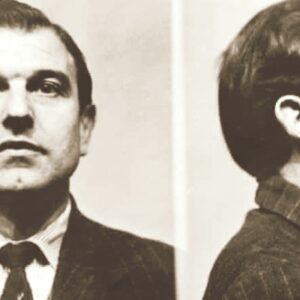 In 1950, George Blake, a British MI6 agent, was taken prisoner by the North Korean army. By the time he was returned to Britain,...
© LitHub
Back to top