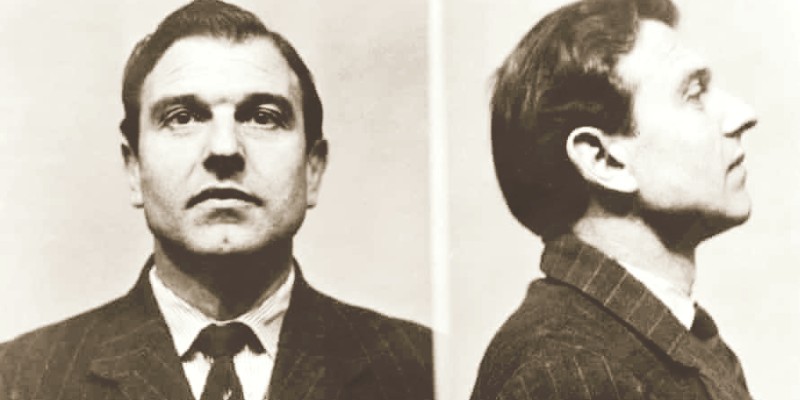 The spy who escaped prison and captured popular imagination.

In 1950, George Blake, a British MI6 agent, was taken prisoner by the North Korean army. By the time he was returned to Britain, three years later, he had been converted to the Soviet cause and was acting as a KGB double agent. He was caught in 1961 and sentenced to forty two years in prison. He was serving his time in Wormwood Scrubs prison, in London, in 1966, when he decided to escape.

All this time Blake had been waiting anxiously inside the prison wall for Bourke to throw him the ladder. As time passed he began to give up hope. He claims to have waited ‘a whole hour, which turned into an eternity’. He later recalled thinking: ‘Now he’s gone away. I couldn’t go back, but I also couldn’t go over the wall.’ At this point, it seemed probable that he would be caught and spend the rest of his life in prison. Then, suddenly, he heard Bourke’s voice coming through again. But by this time people were parking in the street for visiting hour at the hospital, and Bourke had to resume his wait. Time was ticking away. Blake knew that, when the prisoners were returned to their cells at 7 p.m., the wardens would discover that he was gone. It was about 6.55 p.m. when Bourke finally threw the ladder over the wall. Blake climbed up it. When he reached the top, he realised that Bourke had forgotten to affix a metal hook to the ladder so that it could be attached to the wall. Blake jumped 20 feet, broke his wrist and cut his forehead, but Bourke picked him up and bundled him into the car. In Simon Gray’s play “Cell Mates,” when a minor character is told about the escape, he responds: ‘But that’s – that’s – (Laughing.) It’s like something out of a – a comic book!’ Within twenty minutes Blake and Bourke were safe inside the bedsit that the Irishman had rented just a few hundred yards from the prison, at Highlever Road. Soon afterwards, a prison officer found the rope-ladder and Bourke’s chrysanthemums, still wrapped in florist’s paper. Only about forty-five minutes after the breakout did the prison authorities alert the police. 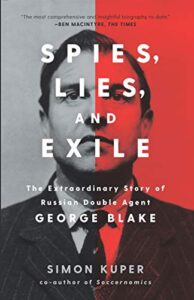 News of the escape delighted the prisoners. The Observer quoted one prisoner as saying the atmosphere in the Scrubs was ‘like Christmas Day after Father Christmas has been’. In Zeno’s telling, even the prison wardens seemed happy that Blake was free. Meanwhile, at Highlever Road, Blake and Bourke watched TV news report the escape, and raised a glass.

Some people on the outside were pleased too. ‘Flags went up on my house,’ Jeremy Hutchinson said half a century later. The prime minister, Harold Wilson, reportedly remarked in private: ‘That will do our Home Secretary [Roy Jenkins] a great deal of good. He was getting too complacent and he needs taking down a peg.’ Jenkins hadn’t even known that Blake was in Wormwood Scrubs.

The British prison system was starting to look as error-prone as the British intelligence services. A couple of dozen prisoners had escaped in the previous two years, including the Great Train Robbers Charlie Wilson and Ronnie Biggs, and six men from Blake’s own wing of Wormwood Scrubs on 5 June 1966.

Ten more prisoners would get out in December 1966, including the ‘Mad Axeman’ Frank Mitchell, who once at liberty began writing letters to the newspapers. ‘Over Christmas,’ wrote the New Yorker magazine in early 1967, ‘the breaks were such almost daily occurrences that some of the more sporting-minded newspapers took to facetiously reporting the figures in handy tables, like football-league results or horse-race prices.’

Yet none of the other escapes was as embarrassing as Blake’s. Tory MPs in the House of Commons bayed ‘What about Blake?’, but Jenkins silenced what he called their ‘tribal bleating’. He pointed out that, if the spy shouldn’t have been in porous Wormwood Scrubs, it was the previous Tory government that had put him there. Cheered on by Labour MPs,33 Jenkins landed the Tories with much of the blame for lax prison security. The Daily Mirror credited him with ‘a Commons victory unequalled by a minister since Labour returned to power [in 1964]’.

The Scrubs immediately tightened up its controls, removing some of the prisoners’ privileges. The inmates were furious. One evening eight days after Blake’s escape, about 150 of them refused to return to their cells after dinner, and sat at their canteen tables chanting, ‘Blake, Blake, Blake!’

Soon afterwards, Mountbatten’s report concluded mournfully: ‘Wormwood Scrubs Prison as constructed and administered had little chance of holding him once he had determined to go.’ The Home Office belatedly set about improving security across the country. The net effect of Blake’s escape on British prisons would be to make them tighter, nastier places, more concerned with containing prisoners than rehabilitating them. Blake could have foreseen this. Zeno, who saw the changes in the Scrubs, wrote: ‘It would upset George to know that he, who while he was here had a greater concern for others than any man

I have ever met, was responsible for this.’ Blake himself admitted it, writing in his autobiography: ‘I am deeply sorry about this.’ However, he hadn’t let his altruism deter his escape.

Alfred Hitchcock was captivated by Blake’s escape. ‘The details of that are incredible’, he marvelled later. They sound as though they came straight out of a movie. Bourke and Blake communicated by a walkie-talkie that had been smuggled into the prison. Hammersmith hospital is right next to the prison, and Bourke used to stand outside it on visiting days with a bunch of flowers wired for sound, into which he would talk to Blake. They finally got him over the wall one night when there was a film show in the prison, with all kinds of delays, and then hid him three minutes away until the fuss had
died down. Hitchcock planned to base his fifty-fourth and final film on Blake’s escape. He bought the rights to Bourke’s 1969 memoir The Springing of George Blake and to Ronald Kirkbride’s 1968 novel The Short Night, which is based on Blake’s story. In 1970 Hitchcock approached Walter Matthau and Catherine Deneuve to play the leads, although the promotional poster designed years later starred Sean Connery and Liv Ullmann.

Hitchcock spent much of his final decade scouting locations for the film (provisionally titled The Short Night), and putting together a script. Blake’s politics didn’t interest him. What did was the jailbreak, and the human story of a fugitive leaving behind his wife and children, recounts David Freeman, the young screenwriter who worked on the final version of the script with Hitchcock in 1978 and 1979.

The problem was that Hitchcock, by then nearly eighty, was arthritic, losing his memory and generally falling apart. ‘Let’s play with my pacemaker,’ he would say to Freeman, and he’d attach the thing to his electric typewriter. He would repeatedly ask his assistant Peggy Robertson, ‘When do you think I’ll go? When?’ He coped by drinking, often brandy, which he hid from his nurses in a brown paper bag in his office bathroom. One last high was his knighthood, after which he started calling himself ‘The short knight’. He then accepted his decline, and told a relieved Universal Studios he was quitting. He died in April 1980, but still managed to play one final Hitchcockian joke: there was no coffin at his funeral. He had quietly arranged to have himself cremated beforehand. All that remains of The Short Night is the script.

‘EXT LONDON – ARTILLERY ROAD – 6.45PM,’ it begins. ‘A drizzly London evening in the fall. Wormwood Scrubs prison and Hammersmith Hospital sit side by side. Artillery Road, hardly more than a service lane, runs between them.’

There’s a moment in the script when the hero, the American spy-hunter Joe, sighs: ‘Spying and espionage. Everybody suers from it. The gains are vague and abstract. The losses are all personal.’ Freeman comments: ‘If there is a psychological-political-cultural meaning in this melodrama, this is it.’ That was Hitchcock’s take on Blake’s profession. The script ends with the Blake character’s sons watching as the train carrying their father disappears into the Soviet Union. Here is a film just waiting to be made.

Simon Kuper is a British author and journalist for the Financial Times. Kuper was born in Uganda to South African parents in 1969, and moved to the Netherlands as a child. He studied history and German at Oxford University, and attended Harvard University as a Kennedy Scholar. He has written for The Observer, The Times, and The Guardian and also writes regularly for Dutch newspapers. He lives in Paris with his family. 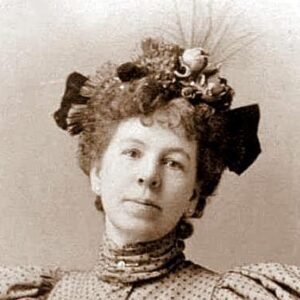