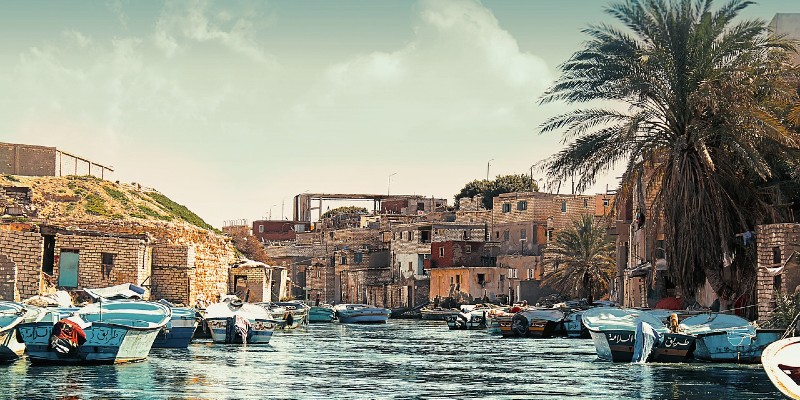 Egypt's Mediterranean port city is legendary for its lost library. It also has quite a legacy in crime fiction.

No, not the one in Virginia, but rather the slightly older Egyptian city. The country’s second city founded by Alexander the Great, a Mediterranean port, an entrepot of different cultures, religions, imperial invaders, and traders. And once home to the greatest library in the world. And some good crime writing too…most of it seriously historical…

So, let’s start with ancient Alexandria. Steven Saylor’s “Gordianus the Finder” series starts in 80BC with Roman Blood (2011) introducing the series hero, Gordianus the Finder, who finds people and murderers. Twelve adventures follow Gordianus in Rome. Now though Gordianus has left Rome and features in a new series by Saylor, “Ancient World”. Raiders of the Nile (2014) is the second book in this secondary series and finds Gordianus living in Alexandria with his wife Bethesda, who is kidnapped by mistake. What follows as Gordianus hunts for his wife includes a raid on the tomb of Alexander the Great, a rather criminal troupe of travelling performers, highwaymen, innkeepers, the messy and potentially deadly politics of the pharaohs, smugglers, camels and the Nile itself. Gordianus remains in Alexandria for much of the rest of the series.

Dana Stebanow (perhaps better known for her Alaskan set crime novels – see Crime and the City Alaska) has a two-book “Eyes of Isis” series starts with the Death of an Eye (2018). It is Alexandria 47BC and Cleopatra shares the throne of Egypt from Alexandria with her brother Ptolemy. However, they are subservient to Julius Caesar, by whom Cleopatra is pregnant with child. When a close confidant of the Queen is murdered Cleopatra turns to her childhood friend Tetisheri – her “eye” – to find the killer. In Disappearance of a Scribe (2022) Caesar has returned to Rome, Alexandria is in disarray and a body has been found washed up on shore. So Cleopatra turns to Tetisheri once more to uncover the conspiracies at work in Alexandria and the murderer.

And, so finally, we move from BC to AD! Historical novelist Lindsey Davis was always going to get to Alexandria in her long-running “Falco” series set in first century Rome and Egypt. Davis started out as a romance genre writer in the 1980s writing novels and short stories for popular UK women’s magazines. Then she switched tack. The Silver Pigs (1989) is her first novel featuring her Roman “detective” Marcus Didius Falco who works for the Roman Emperor Vespasian. A further twenty Falco novels followed and number nineteen, Alexandria (2009) sees Falco, technically an imperial agent, at a dinner party in AD 77 Alexandria where the Chief Librarian of the city dies. Falco investigates.

It’s 36 AD in DL Johnstone’s Furies (2013), Alexandria is a centre of Roman commerce and also a city of luxury, hedonism and wealth. Merchant Decimus Aculeo finds a killer is moving through the city’s aristocracy. Acuelo is aided by his friend, an Egyptian mortuary attendant and a Roman philosopher.

Finally, moving forward a few centuries, Egypt and particularly Alexandria were highly bohemian multiracial, multicultural worlds in the 1920s and 1930s, having its own Jazz Age (Raphael Cormack’s Midnight in Cairo, 2021, tells the story well, by the way). Some of this atmosphere in captured in the missing person novel The Girls from Alexandria (2021), equal parts contemporary mystery and historical fiction. Carol Cooper certainly portrays a wonderfully glamourous Alexandria.

And then we can time jump a little. Steve Berry’s Cotton Malone series features Cotton Malone, who used to work for the US Justice Department. Now he’s on the trail of the Knight’s Templar in the first book in the series, The Templar Legacy (2006). But in book 2, The Alexandria Link (2007) Cotton Malone is chasing the “Alexandria link” – the means of locating the most important cache of ancient knowledge ever assembled: the legendary Library of Alexandria, which vanished without trace fifteen hundred years ago. The Cotton Malone series goes on for another fifteen books ranging around the world on various quests invariably linked to the ancient world.

And we’re going to end, as usual, with something special that is perhaps not strictly speaking a straightforward crime novel but there are elements. This time it’s Lawrence Durrell’s tetralogy The Alexandria Quartet, published between 1957 and 1960. All four books largely take place in Alexandria before and during World War Two. In the first book in the tetralogy, Justine (1957), we are in the Alexandria of the 1930s and 1940s with an impoverished Irishman, “Darley”, recalling his time in the city and his doomed romance with Justine – a beautiful, mysterious Jewish woman married to a wealthy Egyptian, Nessim. A love triangle develops and building towards, at least in Darley’s view, Nessim’s plans to assassinate him. Book two, Balthazar (1958), features Nessim’s illegitimate daughter, unexplained deaths, and espionage. In Mountolive, book 3 (also 1958) British Ambassador David Mountolive begins an affair with Leila Hosnani, mother of Nessim. There are Zionist gun runners and much underhand business as characters from the first two novels weave in and out of the third book. Finally, Clea (1960), again visits all the characters from previous novels – Darley, Nessim etc – in Alexandria as it is bombed in World War Two.

Durrell (yes, the oldest brother in those Durrells of Corfu now immortalised on TV) did spend time in Alexandria during World War Two. The Alexandria Quartet is now considered classic – The Modern Library ranked The Alexandria Quartet number 70 on its list of the best one hundred English language novels. It is a big read, but a fascinating thousand pages of homage to an Alexandria now largely vanished.

Alexandria remains through invasion, occupation, imperialism and war. It’s a city that’ll always be associated with its great, but tragically, lost library and so we’ll never know if the Great Library of Alexandria had a crime shelf?? 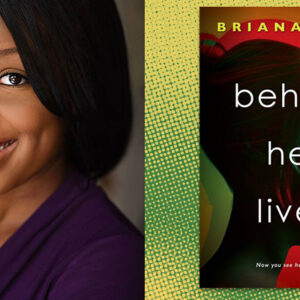 According to her bio, Briana Cole "is an acclaimed author, motivational speaker, sex educator and actress. Her novels are known...
© LitHub
Back to top