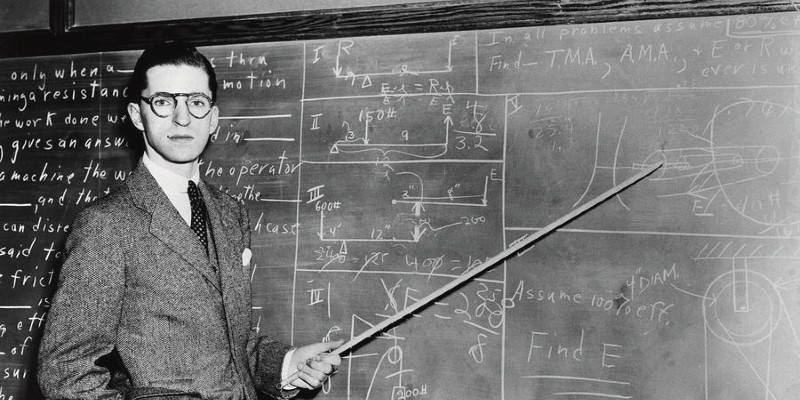 All I Really Need to Know I Learned Covering Homicides

Life lessons—gleaned from a few decades of reporting on crime and murder.

Turns out that if you think someone might murder you, you’ll want to keep your house clean.

This isn’t one of those “wear clean underwear in case you’re in an accident” warnings. Although that is good advice.

This is about truths I’ve learned over a few decades of covering crime scenes and murder trials, usually filling in for Douglas Walker, our newspaper’s longtime criminal justice reporter. Others are gleaned from the experiences of other reporters covering crime here in Muncie, Indiana, the so-called typical small American city and subject of three true crime books Walker and I co-wrote, most recently The Westside Park Murders.

Remember that Robert Fulghum book “All I Really Need to Know I Learned in Kindergarten?”

This is more like, “All I Really Need to Know I Learned Covering Homicides and Murder Trials.”

One thing you must understand before you curse my insensitivity is that people who deal with death and tragedy have a pretty well-developed but morbid sense of humor. This goes for emergency workers of all kinds and especially cops and coroners. And it goes for news reporters.

Everyone’s natural first inclination when confronted with horror and tragedy is to pull back or look away. Cops and coroners can’t do that and really, neither can reporters. The second inclination for many of us is to think a darkly humorous thought. Think of Jerry Orbach’s quips on “Law and Order.” Unlike Orbach, we wouldn’t make the comment out loud, unless it was to someone with an equally morbid sense of humor. But it’s our coping mechanism. The corollary to that thought: A child’s death is never fodder for even morbid humor. Not ever.

That said, here are some life lessons from the gruesome side of reporting.

In December 1998, I covered the murder trial of a 31-year-old woman charged with killing a 75-year-old man in his home. The suspect initially maintained that she hadn’t been near the murder scene. After she got off work at a gas station, she said, she went home, took a bubble bath and read the Bible.

But during a lengthy police interrogation, the woman confessed. Before her trial even began, her defense attorneys argued that her confession to police that she killed the man should be thrown out because police investigators lied to her during questioning.

Police had, during their five-hour interrogation, brought a lamp from the victim’s home into the interrogation room. The lamp was marked with bloody fingerprints and was, police said, used to beat the victim.

But investigators acknowledged as her trial approached that the fingerprints were of such poor quality that they couldn’t be matched to the suspect. Testimony during the trial indicated the victim had allowed kitchen grease to accumulate on the lamp, making it unsuitable for clear fingerprints.

Despite the lack of fingerprints on the lamp, a crucial if messy piece of evidence, the woman was convicted and sentenced to 65 years in prison.

Watch your step and check your weapon

Back in the 1970s, crime scene investigations were not as sophisticated as they are today. Crime scenes were sometimes a little more haphazardly established.

But police knew enough to tell reporters to watch their step.

The warning came too late for one reporter who was responding to the scene of a fatal shooting outside a popular Italian restaurant. A police investigator told the reporter to freeze and then slowly take a step back.

“You’re stepping in the victim’s brains,” the cop told the horrified reporter.

The reporter recounted that story about himself for decades to come.

When a case goes to trial, officers often are not the only ones in the courtroom who are armed.

In one memorable incident from the 1990s, a prosecutor was walking toward the jury when his gun somehow came out of its holster and dropped from beneath his jacket.

Courtroom observers gasped as the gun bounced a couple of times on the floor near the jury box before the prosecutor sheepishly recovered his weapon.

Some of us at the newspaper would recall how a veteran defense attorney, when confronted with a hard-to-defend client, would note that the fellow must not be all bad; his friends thought so highly of him that they bestowed upon him a nickname.

That might help if the nickname is “Sweetie” or “Lambikins.” But not with nicknames that sound menacing.

If you were on a jury, would you vote to acquit a man whose nickname was “Slick Rick,” charged with murder and attempted murder in May 2002?

Well, a local jury was apparently not impressed with “Slick Rick” or the circumstances of the case, finding him guilty of shooting and killing a woman one day and shooting and seriously injuring another woman the following day. A judge gave him a 100-year prison sentence.

Few nicknames so well matched the crime as that of a 64-year-old man nicknamed “Mad Dog,” who was charged with murder in connection with the killings of a man and his 14-year-old daughter.

“Mad Dog” received a 170-year prison sentence for his crimes.

I was filling in on police beat one day in April 2016 when I ran into the city’s police chief outside city hall. Although I wasn’t the newspaper’s primary police reporter, I knew the veteran cop pretty well and we had a joking relationship.

“Anything going on?” I asked.

“We had some people tortured with a nail gun, but other than that, not much,” the chief replied in a light-hearted tone.

A few minutes later, I heard from the newsroom that word was circulating that three people had been tied up in an auto-detailing garage and tortured. With a nail gun.

I scrambled to get an investigator on the phone and, failing that, called the chief on his cell.

I got the story but I learned a lesson that day. Even if what you’re hearing sounds outrageous, be sure to ask, “Wait, really? Are you joking?”

Many times, money is a consideration in the criminal justice system. I’ve seen county budget officials ask coroners if they could re-use body bags. (They cannot.) I’ve seen court administrators beg for funds to pay for trial transcripts needed when a case is appealed to a higher court.

Prosecutors give some—not all—weight to budget matters when they’re considering pursuing a death penalty charge. I once quoted a prosecutor as noting that a death penalty case against a defendant charged with murder can, by the time all appeals have been heard, be a “million-dollar proposition.”

In 2005, a man was charged with murder in the fatal shooting, a few days before Christmas, of a woman who worked as a convenience store clerk.

The suspect’s defense attorney cried foul, arguing that the comments made it harder for his client to get a fair trial. “Whatever happened to the presumption of innocence?” he asked me.

Ultimately, the offer to crowdsource funding for the death penalty case wasn’t necessary. The prosecutor accepted a deal from the suspect, who, to dodge the death penalty, agreed to a sentence of life in prison without possibility of parole.

Don’t annoy your ex — especially if you killed someone

There are lots of good reasons not to annoy your ex-wife or ex-husband. But it really gets down to the nitty gritty when they’re tired of hearing you go on and on about how you killed someone.

In February 2002, I covered court proceedings against a man who had shot and killed another man. (Police later said they believed the man was murdered to keep him from testifying against an accused drug dealer.)

The suspect’s ex-wife testified that he came to her home shortly after the slaying and told her he had done it.

She said he came back several times over the next few days, reiterating how he had committed murder.

Although he didn’t know it, he was getting on his ex-wife’s last nerve.

The woman got fed up with hearing her ex talk about the killing and told police she would wear a wire, a hidden listening device, and record his latest confession.

Police used the audio to file a murder charge against the man, and a judge ruled that the recording was admissible in court.

The suspect—who said he had been promised $30,000 to kill the man—pleaded guilty and was sentenced to 55 years in prison. Charges connecting the drug dealer to the murder case have not been filed, going on 20 years later. 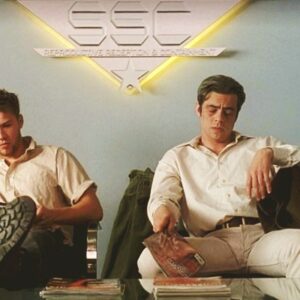 Crime fiction (and crime film) has always had an uneasy relationship with the violence it portrays. Every creator knows that...
© LitHub
Back to top