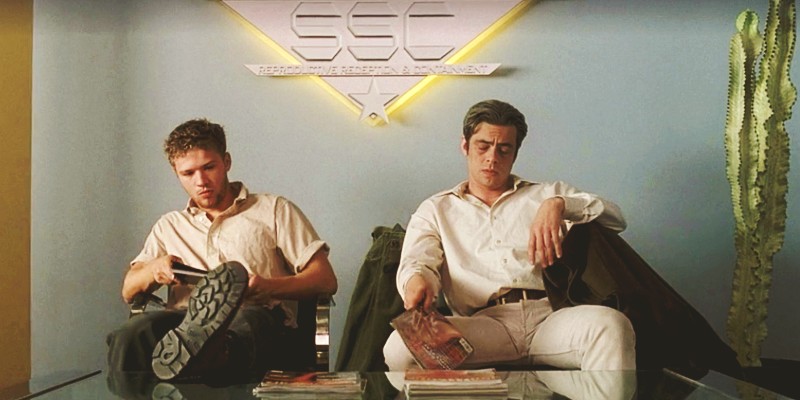 And it deserves a cult status of its own.

Crime fiction (and crime film) has always had an uneasy relationship with the violence it portrays. Every creator knows that a large portion of their audience slaps money down for a full helping of murder and mayhem—and yet, so many go out of their way to insert a bit of moral finger-wagging into the narrative.

Sometimes this appeal to morality is overt, as in the original “Scarface” (1932), when director Howard Hawks was forced to add scenes in which characters condemned the gangster lifestyle; in others, it’s slightly more subtle, as in the innumerable mysteries in which a detective ruminates on the evils that humans do—after a couple hundred pages of describing those evils in loving detail.

As an antithesis, you have “The Way of the Gun” (2000), the directorial debut of Christopher McQuarrie, who’d previously won a Best Screenplay Oscar for the ultra-twisty “The Usual Suspects” five years before. In interviews, McQuarrie said he wrote the film as a response to an “oppressive and hypocritical [film] industry” that refused to allow him to make the movies he wanted, even after winning that little gold statue; taken another way, it’s also a pretty gritty refutation of the idea that crime fiction needs a moral balance.

The plot of “The Way of the Gun” is straightforward. Parker (Ryan Phillippe) and Longbaugh (Benicio del Toro) are a pair of borderline-psychopathic drifters whose masterful close-combat skills hint at a law enforcement or military background of some kind. (McQuarrie’s brother, who served as a technical advisor on the shoot, was a Navy SEAL; during gunfights, the main characters move not with the spastic panic of your average criminal, but with the chill precision of a platoon taking out bin Laden.) Parker and Longbaugh decide to kidnap Robin (Juliette Lewis), a surrogate mother carrying the unborn child of Hale Chidduck (Scott Wilson), a powerful man who launders money for scary people.

Parker and Longbaugh demand $15 million for Robin’s safe return, leading Chidduck to deploy Sarno (James Caan), his fixer, who has a big secret of his own. Meanwhile, Robin’s disgraced bodyguards (played by Taye Diggs and Nicky Katt) decide to pull a double-cross. Because this is the antithesis of a family-friendly production, the various plotlines terminate in a massive, Peckinpah-style shootout inside a Mexican bordello. The fate of several characters remains somewhat ambiguous, and a final twist renders much of the film’s blood and violence moot.

Another writer-director may have tried to make their protagonists more sympathetic, or at least a little smarter. Instead, Parker and Longbaugh are venal and short-sighted to the bitter end, although they do have a slight degree of self-awareness that most of the other characters lack. Witness this scene between Longbaugh and Sarno, two enemies who decide to get a beer and discuss cops and criminals (the echoes of the iconic diner scene in Michael Mann’s “Heat” are no doubt intentional):

Meanwhile, the story’s few sympathetic characters are relentlessly torn apart, most notably Robin, who suffers immensely for little payoff. There’s no attempt at a happy ending, or a rebalancing that assures the audience that the universe is a just one. “Whenever you try to make a film like this, the studio will never suggest taking out violence, but ways of making the violence more palatable or more justifiable,” McQuarrie told another interviewer. “We were determined to tell a story about two reprehensible characters [Parker and Longbaugh], and have the audience follow their story to the end without having to forgive them or in some way identify with them. We wanted to do a story where everybody is a little bit responsible, a little bit complicit and guilty.”

It’s also helpful to remember that “The Way of the Gun” made its debut at the tail end of a years-long burst of films that self-consciously attempted to mimic Tarantino films’ rambunctious violence, to make killing funny and hip. “U-Turn” and “The Boondock Saints” are probably the most memorable of that pack, if only for their berserk tone. When he sat down to write, McQuarrie originally opened “The Way of the Gun” with a lengthy sequence designed to parody the slick amorality of those films, down to a particularly snarky note on how it should be filmed: “Swish pans, crane-ups, downs, startling images of people walking in slow motion with no direction or reason. Lots of black clothes and egregious uses of color and graduated filter.”

The sequence is darkly hilarious, if you’re the kind of person who finds humor in the idea of Parker and Longbaugh stealing an innocent bystander’s liver in broad daylight. On the next page, as explosions rock a warehouse, the Parker in this never-filmed version offers a quip that wouldn’t be out of place in a typical action film (or that film’s poster): “We’ve got a shit load of guns, a price on our heads and a fistful of change in the ashtray.”

A few seconds later, though, a hand “comes into frame and literally pulls off the filter to reveal L.A. as you see it on the way to work.” From there, the script aligns tightly with the final film. Even without that early sequence of bright and colorful depravity, it’s clear that the film works not only as a refutation of crime fiction that tries to blast some light into a tunnel where it doesn’t belong; it slaps down the idea that violence is anything other than grim and terrible. “The Way of the Gun” might have tanked at the box office during its original run, but it deserves its cult status; it’s a unique and feral beast.

All I Really Need to Know I Learned Covering Homicides 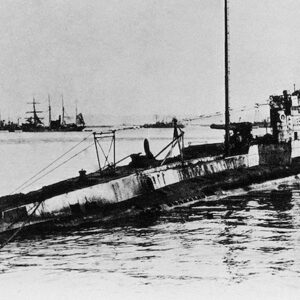 The Great War—what we now call World War I—was fought on such a massive never-before-seen scale that it stretched the governments,...
© LitHub
Back to top