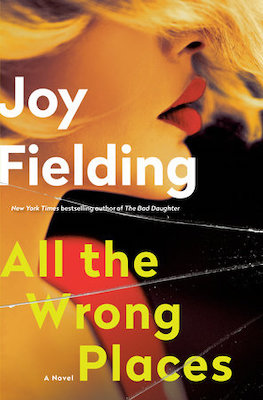 The following is an exclusive excerpt from All the Wrong Places, the latest romantic suspense thriller from New York Times bestselling author, Joy Fielding, which finds four women immersed in the world of online dating, each using an app to find love and happiness, and each risking involvement with a man called “Mr. Right Now,” whose lethal plan lurks behind a romantic veneer.

“Dr. Barelli was very cute, didn’t you think?” her mother said when they were finally seated and their order taken.

Paige’s cellphone rang before she could think of a suitable response. She reached into her beige canvas bag and extricated the phone, grateful for the interruption. Her mother meant well, but Paige wasn’t in the mood for one of her patented you’re a smart, beautiful girl, there are plenty more fish in the sea pep talks. “Chloe, hi,” she said to her oldest and best friend.

“Can you come over?” Chloe said, wasting no time on unnecessary pleasantries.

“Is something wrong?” Paige pictured her friend pushing her straight blond hair away from her pale blue eyes and chewing on her full bottom lip.

Shit, Paige thought, understanding the source of Chloe’s problems without having to be told. “I have a job interview at three. I can come over after that.”

“Something wrong?” her mother asked, repeating her daughter’s question as Paige returned the phone to her purse.

Paige shrugged. “Only everything,” she heard Chloe say.

“I know what you meant, Mom,” Paige interrupted. “But it’s not like I’ve locked myself away in some tower. I’m putting myself out there. I’m on a dozen dating sites. I’ve gone out with six guys in as many weeks . . .”

“Maybe you’re being too picky.”

“Maybe,” Paige said, too tired and hungry to argue. Was it being too picky to expect a man to be . . . honest? Were all men liars? “What about you?” she asked, turning the tables on her mother.

“What do you mean, what about me?”

“It’s been two years since Daddy died. Have you ever considered . . . ?” She could barely finish the thought, let alone the sentence, the idea of her mother being interested in any man other than her father too ridiculous to contemplate.

“For a woman my age,” Joan Hamilton qualified, although there was something in her tone that said the idea of her dating again might not be so preposterous after all. She patted the side of her stylish blond bob.

“Maybe you should go on Match Sticks,” Paige said, feeling increasingly uncomfortable and wondering why she was persisting. She looked around the restaurant’s small, dark interior for the waiter, wondering what was taking so long with their food. “Oh, God,” she said, suddenly burrowing down in her seat and covering the side of her face with her hand. Could this day get any worse?

Her mother immediately twisted in her chair to look behind her.

“Sorry, darling. It’s an automatic reaction when someone tells you not to look,” Joan Hamilton said sheepishly. “Did she see us? Is she coming over?”

“Oh, yes,” Paige said, sitting back up and watching her cousin approach, reminded of the expression “it’s like looking in the mirror.” Except she was pretty sure that expression was intended to be ironic, whereas looking at her cousin actually was like looking in the mirror, so striking was their resemblance. Which probably wasn’t that surprising, considering that their fathers had been identical twins and the two girls had been born within days of each other.

“Well, hello, you two,” Heather said, bending down to kiss her aunt’s cheek, seemingly unaware of the stiffening of Joan’s shoulders. “Fancy meeting you here.”

Paige wondered whether the cliché was deliberate or if her cousin couldn’t help it, never having had an original thought in her life. She cursed herself for having forgotten that the office where her cousin worked was only blocks away.

Or maybe she hadn’t forgotten. Maybe she’d been daring fate and fate had taken up the challenge, raising an invisible middle finger in response.

“No hellos?” Heather asked. “Okay, well. Have it your way. How goes the job hunt?” She smiled at Paige, as if she were actually expecting an answer.

Paige fought the urge to punch her cousin in the nose.

Heather shifted her weight from one foot to the other, tucking her shoulder-length brown hair behind one ear. “Well, okay, then. Nice bumping into you two. Guess I’ll see you at the party.”

“Don’t you have a skirt like that?” her mother asked.

“I’m not going to that stupid party,” Paige said.

“Oh, darling. It’s your uncle’s eightieth birthday. I know it won’t be easy, but how can you not?”

“Because I can’t,” Paige said. It was hard enough for her to be around her uncle in the best of times, to have this living, breathing replica of her father still enjoying life when her father was in the ground. How dare her uncle get to be eighty when his twin brother, superior to him in every way, hadn’t been as fortunate! How could her mother bear to look at the man?

Of course, that wasn’t the only reason Paige didn’t want to go. Maybe not even the main one.

“You could always bring a date,” her mother suggested as the waiter approached with their food.

“Two Cobb salads,” the young man said as he deposited their bowls on the table.

“Maybe someone from one of those sites you’re on . . .” her mother said.

Paige stabbed at her salad with her fork and said nothing.

From ALL THE WRONG PLACES. Used with the permission of the publisher, Ballantine. Copyright © 2019 by Joy Fielding.

Carl Hiaasen Sure Knows How to Open a Crime Novel 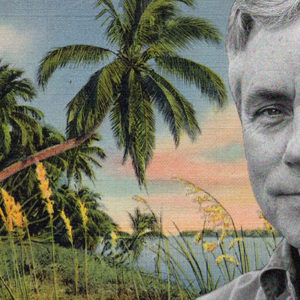 Carl Hiaasen Sure Knows How to Open a Crime Novel Few, if any, authors can open a book with quite so much oomph as Carl Hiaasen. His first lines just have that special something...
© LitHub
Back to top