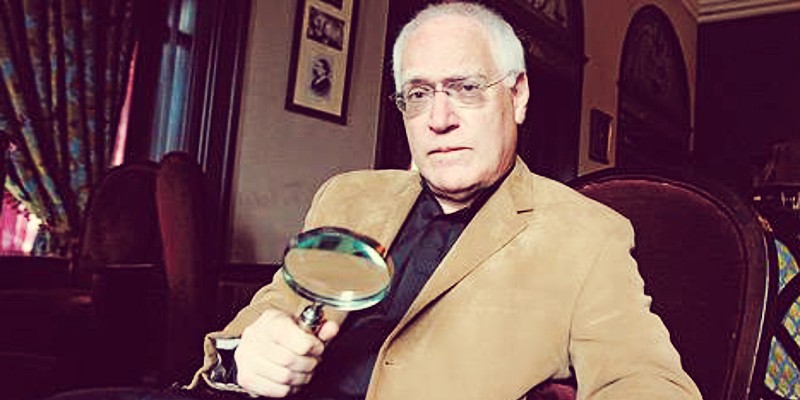 American Gods has a new annotated version with a Sherlockian twist

Aaron Robertson: I enjoyed the tongue-in-cheek, poetic quality of the annotations. I wonder if you have any literary influences of your own with those? 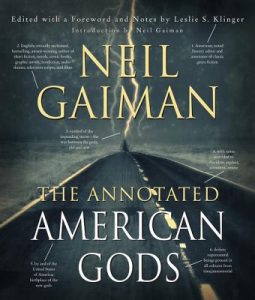 Leslie Klinger: The big “literary influence” on me is the best Sherlockian scholarship, written by hundreds of amateur scholars who love the world of Holmes and Doyle. Dorothy Sayers famously explained how Sherlockians approach the stories in their scholarship: “The rule of the game is that it must be played as solemnly as a county cricket match at Lord’s; the slightest touch of extravagance or burlesque ruins the atmosphere.”

I have carried that approach—the Sherlockian “game”—over to other books that I’ve annotated, pretending (or “pretending”) that the stories are true and analyzing them from a biographical/historical perspective. Could the character have really done that? Are the historical aspects presented true or made up?

Neil—no mean Sherlockian himself—is especially adept at weaving reality into his fiction. I discovered that in detail in the course of annotating Gaiman’s Sandman and so fully expected to find a wealth of historical underpinnings here.

AR: What were some of the rewards of going through Neil’s handwritten manuscripts?

LK: It was fascinating to see how the story evolved and changed, with new characters, new events, as Neil wrote different drafts. His manuscripts also included questions for himself—where is this going? How can I accomplish x? The manuscripts gave real insights into his creative process, and I tried to capture many of those into notes that included unpublished material.

Neil and his assistant Mary Edgeberg spent a lot of time helping me wade through literal baskets-full of journals, notes, manuscripts, e-mails, and drawings to find relevant material.

AR: Is there anything you still feel you don’t know about American Gods?

LK: Who is the Nameless God? Neil said all would be revealed in the sequel—but I’m not holding my breath! And of course—what happened next to Shadow? We’ve had two short stories that are “further adventures” but I want to know a lot more!

AR: The annotator’s job seems to combine elements of biographical and academic writing, in the spirit of a fireside chat. Do you favor one aspect over another?

LK: I’m not an academic, and while the biographical aspects of the writer can be interesting, I don’t think that they are always relevant to a deeper appreciation of a book. For example, the Oxford Sherlock Holmes analyzes in great detail Conan Doyle’s life and influences and how they impacted the stories—which interests me very little. But I love the idea of a “fireside chat.”

I’m terrible to watch familiar television or films with (e.g, my favorite series Buffy the Vampire Slayer or Raiders of the Lost Ark or Lord of the Rings), because I’m constantly talking to the screen (or my companion—just ask my wife)! “Look at that scene! That’s an homage to X!” or “This part foreshadows what happens three episodes later!” or just “Wow! This is my favorite scene—watch when Y happens!”

I think that carries over into my annotations. I love the books that I work on—why else would I do this? I hope that I can share my enthusiasm with the readers. These books don’t need me to make them great, but if I can add a little to the reader’s enjoyment, I’ve done my job!

Aaron Robertson has written for The New York Times, The Nation, Foreign Policy, and elsewhere. His translation of Igiaba Scego's novel Beyond Babylon (Two Lines Press, 2019) was shortlisted for the PEN Translation Prize and Best Translated Book Award.

Ottessa Moshfegh on Dreams, Nightmares, and a Rediscovered Novel 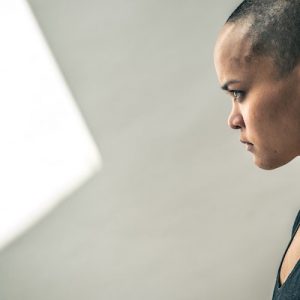 I confess, I have a type. There is a certain kind of fictional character whom I absolutely adore and will gravitate to every...
© LitHub
Back to top