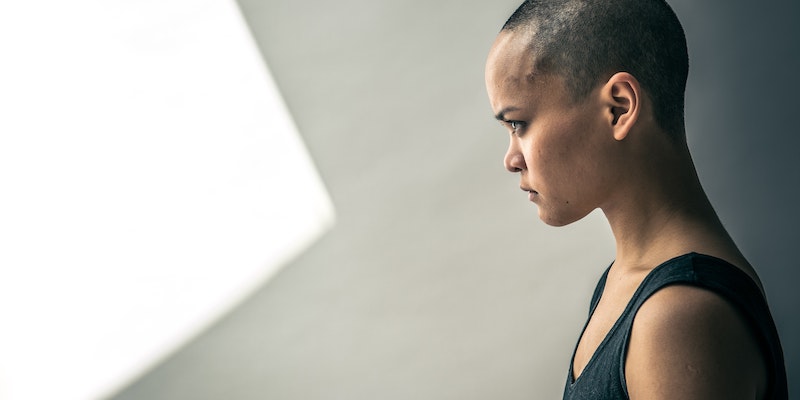 For these characters, what doesn't kill them only makes them stronger.

I confess, I have a type. There is a certain kind of fictional character whom I absolutely adore and will gravitate to every time. I’m referring to the character who has been bent/fractured/chipped/warped/dented/scuffed but NOT broken by events in their life. I love to read about them, and they are, without a doubt, my favorite sort of people about which to write. There is just something so incredibly inspiring about a person (real or fictional) who has suffered, but refuses to inhabit their suffering.

Lex, the heroine of my book What Unbreakable Looks Like, is such a character. A teenage girl who has been sex trafficked, she has suffered at both the hands of strangers and those who claimed to love her. The book isn’t full of that abuse, however. There are some flashbacks, but the book mostly deals with Lex’s healing and learning to accept her new normal—learning her own worth after months of being told it was only what people would pay for her. Lex goes to live with her aunt and uncle who want to give her the best life possible, and slowly, Lex begins to realize she deserves it. Not only that, but she wants to do what she can to help others like her.

So, in celebration of my brave, beautiful girl, I wanted to share some of my current favorite Bent-But-Not-Broken characters who take the traumas of their past and triumph over them, or use them as sources of strength. 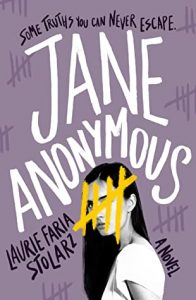 Oh, Jane. All you wanted was to pickup a present for your bestie. You had no idea he was watching you. No idea he was going to put you in your own private hell, because these things don’t happen in real life, to ordinary people such as yourself. Told in scenes of now and then, Stolarz weaves an engrossing tale of a girl who had everything taken from her, refused to give up and saved herself. Jane is not the same as she was by the time she returns home, but she’s trying. Her ordeal didn’t end with her escape, and when the truth comes out, everything she believes is challenged yet again. I so enjoyed this book and devoured it when I should have been writing. Jane is a gorgeous reminder of the tenacity and strength of teen-age girls. She could have let what happened to her break her, but she chose to fight instead. And not only did she fight, she won. 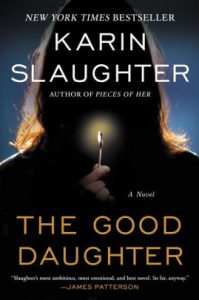 The Good Daughter by Karin Slaughter

Charlie, Charlie, Charlie—you are a contender. Twenty-eight years ago, young Charlie survived an attack on her family that not only robbed her of her mother, but robbed both she and her sister of their father, as he never quite recovered from the loss. Now, an adult and a lawyer like her father, Charlie is drawn into an investigation that brings back memories of that horrible time—memories she has done her best to bury. As usual, Slaughter delivers some amazing characters and unexpected twists and turns. The tragedy of a school shooting only adds to the darkness Charlie carries within her. She struggles to keep her life together, struggles to be who she wants to be, but nothing will stop her from getting to the truth, and when the truth about what happened that long ago night finally comes to light, it doesn’t destroy her as it could have, but rather starts her on a path of healing that is as heart-breaking as it is hopeful. 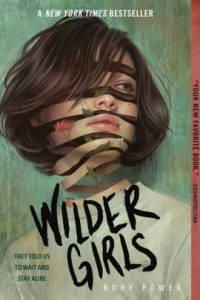 What can I say, Hetty? You’re one of my favorite girls I’ve met this year, and it’s obvious how much the world is trying to break you. The girls at Raxter are under quarantine, and there are a lot less of them than there was when the Tox first struck. This strange affliction has infected the entire island, mutating every living thing into something strange and dangerous. But Hetty not only survives, she defies and dares to live and love and even forge a new future for herself despite the damage the Tox has wrought. Having that eye would be enough to break me, but Hetty toughs it out. This book has been compared to Lord of the Flies, but honestly, I enjoyed it so very much more. 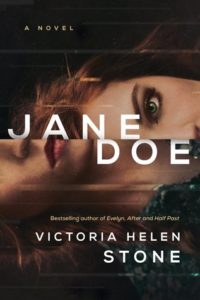 Jane, I would never turn it on you, but I would love knowing you had my back. Jane is unique on this list, because she hasn’t really been bent by the world around her. Jane was, well, born bent. She’s something of a sociopath, our Jane, and it makes her the kind of woman you don’t want for an enemy, but if you’re lucky enough to have her as a friend, well you’re fortunate indeed. See, the one person Jane has ever really considered a friend has committed suicide, and the blame for that rests on the shoulders of her ex. Jane, sweet, sweet Jane, decides he needs to pay for that, and sets out to destroy him in the most fabulous way possible. Along the way, Jane gets a cat, whom she admires, and a love interest whom she doesn’t quite understand, but is smart enough to hang on to. She’s one of my all-time favorite characters who didn’t have to suffer for her ‘bentness’ and she won’t apologize for it either. Delicious. 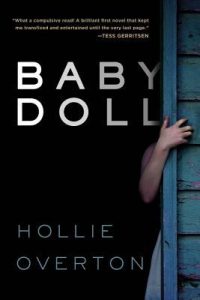 Oh, Lily. Life really had it in for you, girl. Held captive for years, being impregnated by your captor and raising that child in captivity before escaping back to your family… Yeah, Lily has been through something that would have left most people broken beyond repair. Here’s the thing, though, Lily’s abduction didn’t just affect her. Her twin sister, Abby is one of the most glorious messes I’ve ever encountered, and I mean that with so much love. It’s Abby who really got my attention in this book, because it’s Abby who doesn’t allow life to break her, but instead, breaks herself to protect her sister. She knows the consequences and does it so beautifully and without doubt. I can’t really say much without spoiling the plot, but Abby is one of those characters I think I’ll carry with me for a long, long time. This book is a fabulous example of the bond between sisters. 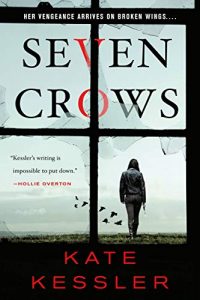 Oh, Killian. I’d love you even if I hadn’t created you. Yeah, full disclosure, I’m also Kate Kessler. Probably arrogant of me to toot my own horn on here, but Killian is my tribute to all the bent-not-broken characters out there. She has lost so much and has so much blood on her hands. She’s unapologetic and will do anything to protect those she loves, even as her past comes back to torment her time and time again. If she wasn’t mine, I’d wish she was, so there, ‘nuff said.

Sadie girl, if you were real I’d want to be your friend. I just realized that several of these characters have something in common —love for family, and sisters in particular—whether by birth or by choice. Sadie doted on her younger sister, Maddie. She was more of a mother than sister, since their own mother was off doing her own thing. Sadie suffered a lot, but Maddie was a shining star in her life. Then, Maddie was killed, and Sadie almost broke. But, like the other women on this list, Sadie took her grief and turned it into something else. She took the pain and abuse of her past and channeled it into a quest for truth and justice. Teen-age Sadie buys a car, stocks up on salt and vinegar chips and sets out on a road trip to avenge her sister’s death. Along the way she meets up with some unsavory characters who would like to deepen the cracks in her veneer, but Sadie refuses to break.

So, there you have it—7 of my favorite characters in YA and adult fiction. There is a thriller/crime element in all of these books as well, which I think just makes each of them that much more outstanding, as it’s not only their past that presses upon them, but the present as well. In What Unbreakable Looks Like, Lex is stalked by her former pimp as he—and others—try to lure her back into the life that wants so very much to break her. It would be so easy for her to return—so much easier than fighting for the life she doesn’t believe she deserves—and it’s only through the support of her new friends and her new family that she realizes she deserves so much more. 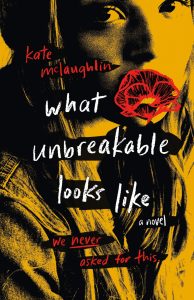 KATE McLAUGHLIN likes people, so much so that she spends her days making up her own. She likes writing about characters who are bent, but not broken - people who find their internal strength through friends, strife and sometimes humor. When she's not writing, she likes studying people, both real and fictional. She also likes playing board games with friends, talking and discovering new music. A proud Nova Scotian, she'll gladly tell you all about the highest tides in the world, the magical creation known as a donair, and people who have sofas in their kitchens. Currently, she lives in Connecticut with her husband and four cats. What Unbreakable Looks Like is her debut novel.

American Gods has a new annotated version with a Sherlockian twist

From my bedroom window, I had a view of the woods behind our house, a Catskill forest speckled with tall red black spruce,...
© LitHub
Back to top