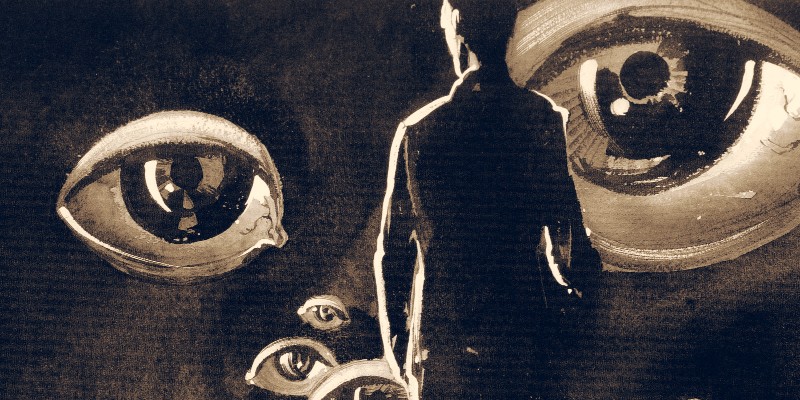 Unreliable narrators and mysteries of memory ratchet up the suspense in remarkable ways.

The mind is the locus around which everything revolves in a psychological thriller or mystery. These stories are often tales rife with unreliable narrators, sociopaths, narcissists, and characters with all manner of mental aberrations. Probing, examining and attempting to analyze the thoughts and motives of these protagonists and antagonists is what keeps the reader reading and the viewer viewing, for upon this knowledge rests the key to and ultimate resolution of the story. There is an element, however, that can ratchet up the mystery and unknowable to the next level, and that element is amnesia.

Amnesia as a literary device has the power to make time and memory fickle, to further blur motives, and to expand the scope of the unreliable narrator. There are four major recognized types of amnesia. They are retrograde, anterograde, dissociative/selective, and psychogenic/global. Each of them has been used to great effect in both literature and film.

Retrograde Amnesia is the total  memory loss of one’s identify after whatever incident caused such amnesia.  In the 2019 film Awake a man awakens in the hospital with no memory of his identity or what brought him to the hospital. When a dead body is found in the trunk of his car, the fifth victim of a serial killer, the police suspect him, and he begins a desperate attempt to discover who he is and prove his innocence.

In the thriller I Found You, by Lisa Jewel, a man finds himself sitting on a bench in a coastal English town with no idea of who he is or why he is there. He’s taken in by a local woman who does so against her better judgement. Miles away in London, a young newlywed reports her husband missing when he doesn’t come home. The ensuing action suspensefully explores the depth of mistrust and secrets that unfold.

Alfred Hitchcock’s 1945 film classic, Spellbound, showcases a psychiatrist who protects the identity of an amnesia patient accused of murder. The dark twists and turns create excruciatingly high levels of intrigue and suspense.

Anterograde Amnesia, the inability to form and retain new memories, was the basis for the Christopher Nolan film Memento, in which the main character, Leonard, is trying to track down the man who raped and murdered his wife.  He can remember everything about his life before his accident, but his brain injury renders him incapable of remembering what happened fifteen minutes ago and thus he has no idea where he is headed or why at any given time. Leonard resorts to polaroid snapshots and tattoos to help bridge the memory gap that occurs every fifteen minutes and prevents him from retaining new information.

S. J. Watson’s 2011 novel, Before I Go To Sleep, (made into film as well), tells the story of Christine, a woman whose memory span is just 24 hours. She must be reminded every morning of who she is by her husband (who remains a stranger to her). She now has to piece her history together and come to terms with how to live without any memory of the prior day.

Dissociative Amnesia is the inability to remember certain information about one’s life. This is usually caused by trauma, stress, or injury. Because of the wide range of this type of amnesia, it is one that can be molded by a writer to fit the needs of their story. Lianne Moriarty in What Alice Forgot sees a main character who after a head injury loses memory of the last ten years of her life, believing she is 29 years old and a happily married newlywed expecting her first child, when in reality she is 39 and in the midst of a bitter divorce.

James Hilton in his 1941 novel, Random Harvest, uses selective amnesia in the form of shell shock afflicting a soldier wounded in World War II. His past is lost to him, and he goes on to create a new life. However, another trauma to the head causes memory loss of those intervening years, but remembrance of who he really is in a story of loss and innocence. The film adaptation of this novel was nominated for an Academy Award.

All Is Not Forgotten, by Wendy Walker, takes selective amnesia in a slightly different direction, when a young woman who was tortured and raped is given a new and experimental drug to erase the memory of the trauma. However, the brain forgets but the body does not, and the ensuing emotional devastation that remains causes the woman to work with a doctor in a desperate attempt to reclaim her lost memories.

Psychogenic/Global Amnesia refers to cases of amnesia caused not by physical injury but by psychological trauma. It is often sudden and is the loss of autobiographical memories of a person’s past. One of the finest examples of this type of amnesia is Robert Ludlum’s Jason Bourne of the Bourne series of novels and film. Bourne has no memory of who he is, but he is able to retain new information. Fluent in several languages, and a master of numerous schools of martial arts, he has no recollection of how he came to this knowledge. Glimpses in flashbacks help him to piece together fragments of his past, and the reader (and viewer) ride the roller coaster along with Bourne as he tries to discern the meaning of these flashbacks, while being chased by shadowy assassins dispatched by nefarious three-letter agency from around the world.

And so we see that a character with amnesia can weave great richness into a story. The amnesiac is by definition vulnerable and a ready victim for those with evil intent. The torment and buildup to remembrance in a story can be nerve splitting and tension-filled, while at the same time, conveying the immense fragility of memory can be terrifying. It is a device that, when used well, can create a spell-binding odyssey into the infinitely mysterious world of the mind.

Our new release, The Stranger in the Mirror, opens with Addison, a woman with retrograde amnesia who can’t recall anything before she found herself bleeding and bruised on the side of a highway. The only thing Addison is sure of is that there is trauma in her past as evidenced by the jagged scars on her arms, proof of a failed suicide attempt. Over the past two years she has cobbled together a new life and identity, even finding love, and is preparing to marry. Even though she desires to move forward with her life, she can’t help but wonder who or what she left behind and if she has the right to start a new life with a wonderful man like her fiancé. Despite her best efforts to remember her past, the only memories she can conjure are flashes of bloodshed and violence that make her wonder if something bad was done to her or by her.

Other Films of Interest

Other Books of Interest

THE MOONSTONE, by Wilkie Collins, 1868

THE BURIED GIANT, by Kazuo Ishiguro, 2015 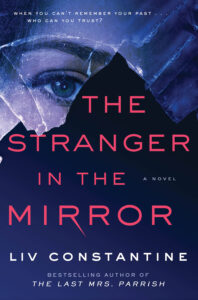 Liv Constantine is the pen name of sisters Lynne Constantine and Valerie Constantine. Separated by three states, they spend hours plotting via FaceTime and burning up each other's inboxes. They attribute their ability to concoct dark story lines to the hours they spent listening to tales handed down by their Greek grandmother. You can find more about them at: livconstantine.com. Their latest book, The Wife Stalker, is now available from Harper. 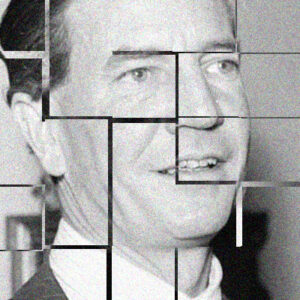 What draws readers to espionage fiction? It's a question I'm asked again and again, at events, and in conversation, when...
© LitHub
Back to top