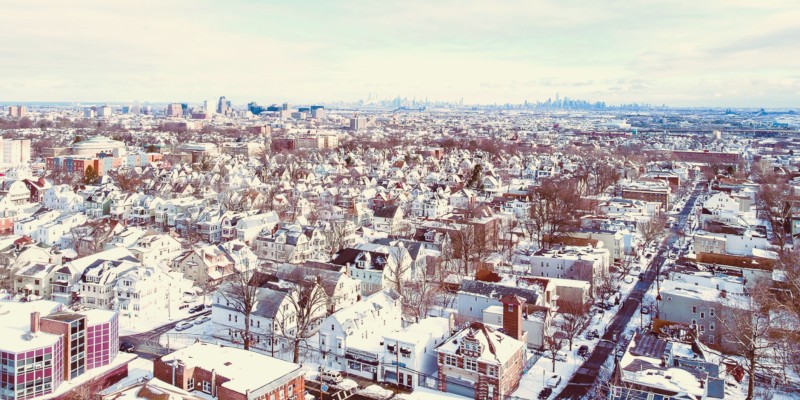 "During the half decade I spent as a reporter in Newark, the Clinton Avenue Five rarely left my mind."

During the half decade I spent as a reporter in Newark, the Clinton Avenue Five rarely left my mind.

That might sound like outsized rental space for a topic I wrote just two articles about. But not when you consider how the five boys—not one old of them old enough to vote—supposedly died.

According to a police informant, Alvin Turner, Melvin Pittman, Randy Johnson, Ernest Taylor and Michael McDowell were forced into the closet of an abandoned Newark home at gunpoint in 1978. A dead-eyed, hulking figure named Lee Evans was accused of training the weapon on them before nailing the closet shut and setting the building on fire.

The boys were never seen again. A crime scene was never established.

The method of the murder still haunts me. I’ve spent too much time considering what those agonizing moments might feel like. Those panicked thoughts line the opening scene of my new novel, All These Ashes. But it’s far from the only reason I thought it was important to inject so much of this case into the book.

So many questions formed in my head the night Evans was paraded past reporters in 2010. Questions that don’t have great answers a decade later, that keep the boys’ deaths in my mind now.

How was the vanishing of five teenagers in a major American city a completely unknown story to me until that moment? And how did Evans get charged on evidence that amounted to little more than rumors and whispers?

The past few years have forced an overdue examination of the role race plays in journalism. Our profession is far from diverse, leaving us blind to some stories and woefully unprepared to properly frame, or even tell, others.

Google “Clinton Avenue Five” and you get a sparse Wikipedia entry, a few blogs and the occasional piece from CNN, or my old hometown paper, The Newark Star-Ledger. Nearly all were written after Evans’ arrest. Where were the stories between 1978 and 2010? I’ve spent nearly half my life in newsrooms. Vanishings are catnip to reporters. The concept of “missing white woman syndrome” is not lost on me.

Before I’d finished writing the first novel in my Russell Avery series, Line of Sight, I knew I wanted to tell a story that invoked the Clinton Avenue Five. My industry failed to tell their story properly. I hope the book will raise the profile of the case, let a few more people know that those boys existed. They counted. They mattered.

But in recent years, I’ve also spent time thinking about the man prosecutors tried, and failed, to convict of the crime.

Lee Evans makes for an easy villain. Tall. Bald. Permanent scowl. It’s rare that I think “menacing” is an accurate way to describe someone, but for Evans, I’d make an exception. When police and prosecutors told the horrific tale of the Clinton Avenue Five, then pointed at Evans and said he was responsible, it wasn’t hard to imagine.

The emotional arguments for Evans’ guilt, however, largely outweighed the evidence. While at least one witness testified Evans was the last person to see the boys alive, there were no forensics tying him to the crime scene. Hell, there was no crime scene. The Newark Fire Department has admitted they often let abandoned buildings burn in the late ‘70s.

The entire prosecution against Evans was based on the word of his alleged co-conspirator, Philander Hampton. He was the single source for the horrendous tale of fire and death synonymous with the case.

I have no way to know if Evans was guilty. I interviewed him once after his acquittal and he was a mix of rage and incoherence, spouting conspiracy theories about how he’d been set up by then-Mayor Cory Booker. Maybe if I’d been publicly branded a murderer based on paper thin evidence, I’d be pissed off and paranoid too.

What I do know is that shoddy investigations leading to wrongful convictions are a scourge on the criminal justice system. And when they happen, they look a lot like what happened to Lee Evans.

Since leaving Newark, another case with a made-for-Netflix documentary name has taken up occupancy in my head next to the Clinton Avenue Five. The tale of the Skid Row Stabber. His real name was Bobby Joe Maxwell. He was charged with killing several homeless men in L.A. in 1979, just one year after the Clinton Avenue Five vanished in Newark. He, too, faced a prosecution that was largely based off the testimony of one man: Stanley Storch, a jail informant who claimed Maxwell confessed.

Storch was later found to be at the center of a scandal inside Los Angeles’ jails, teaching other would-be snitches how to frame inmates by plucking details from news accounts that matched up with the crime in question, then using those details to claim their cellmate had confessed. Storch was charged with perjury but died before trial, spared from the same prisons he’d wrongly sent at least eight people to, including Maxwell.

I’d like to tell you Maxwell was released when Storch’s behavior was ferreted out, but he wasn’t. Even worse, when an appellate court threw out his conviction in 2013, prosecutors came after Maxwell a second time.

I’d like to tell you Maxwell’s case was isolated. But the Innocence Project, a nonprofit that aids defendants combating wrongful convictions, has documented more than 365 exonerations based on DNA evidence throughout the U.S. alone. Those are just the wrongs that have been righted.

So why am I telling you all this? Two reasons.

First, I want you to enjoy All These Ashes and to have a deeper understanding of why I wrote it. I think it’s a tense page-turner that paints New Jersey’s criminal justice system as accurately as I once did for the state’s largest newspaper. Second, and just as important if not more so, is that it’s a book haunted by real injustices that occured in courtrooms between Newark and L.A.

Wrongful convictions are a common plot device in the crime genre. But in the real world, they’re not the result of dramatic frame jobs or grand conspiracies. Often, the engine driving the train is much simpler. Sometimes, police are lazy. Sometimes, juries like simple stories.

Each time it happens, an innocent defendant’s life is stolen. A victim’s loved ones are robbed of real justice, traumatized again when an investigation reveals the closure they thought they received was an illusion.

All These Ashes is a work of fiction. But a lot of people suffered in real life to fill its pages. 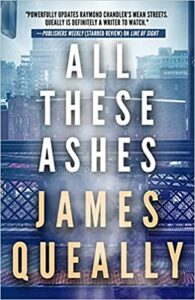 James Queally is an award-winning crime reporter for the Los Angeles Times and the author of the acclaimed novels ALL THESE ASHES and LINE OF SIGHT. Throughout his career, Queally has covered hundreds of homicides, as well as national use-of-force controversies and the Black Lives Matter Movement. His short stories have appeared in Thuglit, Crime Syndicate Magazine, Shotgun Honey and more. 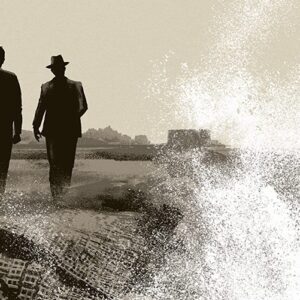 Another week, another batch of books for your TBR pile. Happy reading, folks. * John le Carre, Silverview (Viking) "First-rate...
© LitHub
Back to top