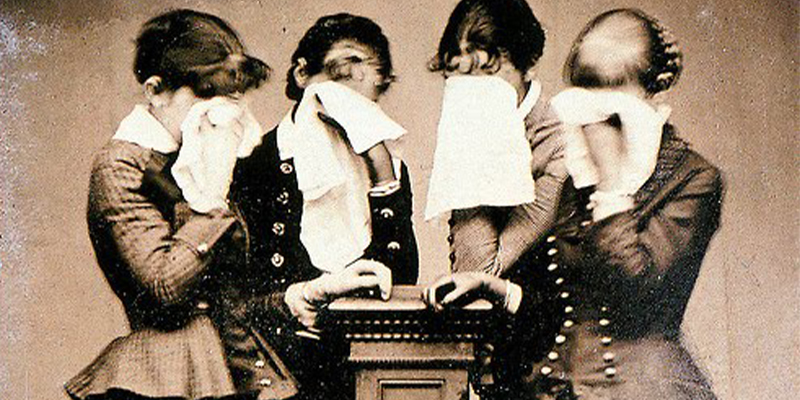 Gus Moreno on turning to literature to process the trauma of loss.

When Carol died, my sister-in-law and someone I had known since I was ten, my creative well ran dry. Writing about made-up characters felt frivolous in the face of this great loss. I didn’t care about writing anymore, I just wanted to stop crying so much.

Grief has a way of stupefying you. Everything loses its definition. I thought I knew why people flocked to religion in times of crisis; they were seeking comfort. But what I came to understand was the hunger behind their flocking; the absolute need to have my feelings affirmed and my grief dispelled.

Writing has always been the way I’ve let out what was bottled up inside me, but with that internal valve broken, I had to seek my comfort elsewhere. The only other way to relieve myself of the pressure building inside me was in the works of others. Maybe they didn’t necessarily deal with grief, but that was okay, because I didn’t want the grace and sensitivity the typical works on grief afforded those suffering a loss. The works listed below, in no particular order, helped me come to terms with Carol’s death in their own way. Some I sought for comfort or to feel the full extent of my pain, others were meant as a distraction and surprised me with their lessons on loss and storytelling, but all provided a space where I could experience characters navigate the same feelings I was immersed in. They helped me find a way to balance these emotions through artistic expression again, eventually providing footholds in my own writing process, and helping shape my novel, This Thing Between Us. 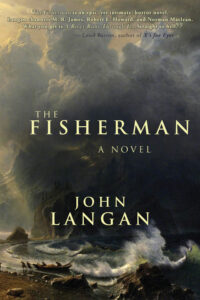 The premise alone is what got me: two widowers visit a rumored fishing source deep in upstate New York, part of an unspoken bond between them as the younger man comes to terms with the loss of his wife. This book showed me how to tie grief with horror, following the pair grow desperate enough to wade into the uncanny in an attempt to free themselves of their pain. John Langan’s prose is both beautiful and unsentimental, which is what I desperately wanted, not to be handled with kid gloves. His grounding of the characters in realism provides an anchor to the story within the story, which is Der Fisher, a mysterious figure whose tale serves as a warning to those trying to find the mysterious reservoir. The Fisherman brings to light a deep-rooted connection between grief and horror, and the more precise the grief was displayed on the page, the more cosmic and unrecognizable the horror could become. 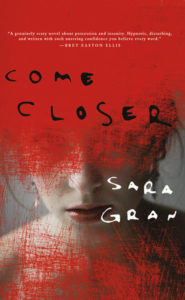 I’ve read this book four times, and it always reads like the first time. With Come Closer, it’s the main character’s loss of selfhood that drew me to revisit it, and the example of a character going through two things simultaneously: the gradual possession of Amanda’s body by a demonic force, and the dissolution of her marriage, professional career, and personal life. And it’s not clear which is feeding into which, or if Amanda is a willing participant in her fall. The book has a transgressive edge I can’t get enough of, and it makes the horror feel, not scarier, but alluring. That’s maybe the darkest element of the book, that we may be the architects of our own demise, but that we also kind of want it to happen, against the better angels of our nature. 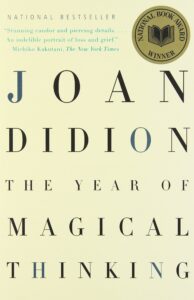 My Mount Rushmore for writers I wish I wrote like is as follows: Amy Hempel, Lucia Berlin, Margaret Atwood, and Joan Didion. Each of these writers excels at crafting the perfect sentences, but they also have a knack for my favorite character type: the person who is smart and capable and utterly unable to escape their life circumstances. In The Year of Magical Thinking, Didion portrays herself in a way I had never imagined, utterly at a loss of what to do and what to think, unable to comprehend what is happening to her husband and daughter and prone to illogical thinking. In short: out of control. I am in awe of her ability to portray this time in her life with such clear, concise writing. Something so beautiful rendering something so chaotic and heartbreaking. And her talent for mining these moments and refusing to look away from the truths she uncovers provided a path through the pitfalls of melodrama or pretension in my own work. 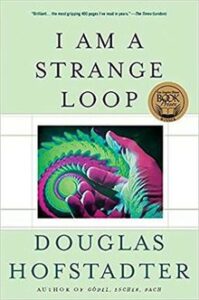 I Am A Strange Loop, Douglas Hofstadter

I’m not going to say I understand every part of Douglas Hofstadter’s book about consciousness and the self as a series of loops feeding back into each other, essentially creating their own reasons for existing (I think), but it’s a profound book that’s searching for the meaning of “I” in each of us, how it is that conscious beings arise from inanimate matter, and the persistence of a self and its possible origins.

I’m all for a philosophical read, but what I did not realize until I started the book was that Hofstadter began writing it after the death of his wife. As he lays out a theory as to how it may be possible that the impression of one person on your mind may be equal to that person still existing after they physically die, you can’t help but wonder whether he’s trying to come up with a logical way for his wife to still be alive. He even takes a page to address this before dismissing it as his motive. Still, he frequently evokes her in examples and anecdotes, stringing the memory of her throughout the text. His wife’s name is also Carol, so reading these sections felt like Hofstadter was putting words to the feelings that were engulfing me: “The name ‘Carol’ denotes, for me, far more than just a body, which is now gone, but rather a vast pattern, a style, a set of things including memories, hopes, dreams, beliefs, loves, reactions to music, sense of humor, self-doubt, generosity, compassion, and so on.”

This Thing Between Us takes its epistolary form from I Am A Strange Loop, because that’s the experience I had reading it. It felt like old letters someone had written about someone I deeply missed. I wanted to do the same thing with Thiago’s story and came up with a narrative device that allowed him to talk to his wife without alienating the reader. 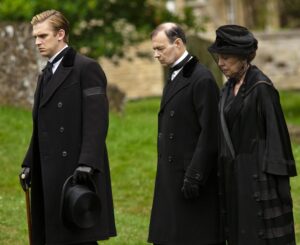 In a show about an aristocratic family and its servants living on a grand English estate, you wouldn’t expect to feel a constant concern for your favorite characters like you would in more violent shows like Game of Thrones or Breaking Bad, but Downton Abbey isn’t your typical stuffy English period drama.

Let’s be clear, it is that. Characters fuss over male suitors and who invited who to dinner, using quips like jabs and uppercuts. But their wealth and status doesn’t make them immune to the outside world, and when war, illness, and tragic accidents befall the estate, the show doesn’t use death as the introduction to a new character, or the inciting incident to a new plot thread. The deaths become the show. Characters are never the same, and their mourning extends well past a couple episodes or even a season. It was on a rewatch with my wife that it hit me how much the show strung mourning and grief into the fabric of its foundation. Downton became a blueprint to mapping grief through an entire story that I never expected.

Gus Moreno's stories have appeared in Aurealis, PseudoPod, Bluestem Magazine, and the anthology Burnt Tongues. He lives in the suburbs with his wife and dogs, but never think for one second that he's not from Chicago. His debut novel, This Thing Between Us, is now available from MCD/FSG. 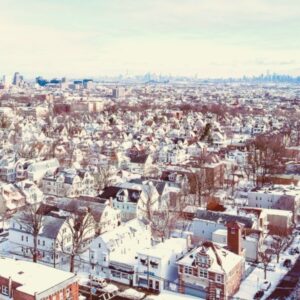 During the half decade I spent as a reporter in Newark, the Clinton Avenue Five rarely left my mind. That might sound...
© LitHub
Back to top