Gerbil tubes, sweaty pantyhose, and a 200-pound Navy SEAL draped across your back.

“You’re crushing my balls!” Jared whispered hoarsely into my ear as he clung to my back, my right arm between his legs, my left hand gripping his right arm, his torso draped across my neck in the classic fireman’s carry. I sensed he was gritting his teeth while trying not to let anyone else overhear. Jared was a 200-pound Navy SEAL not wanting to advertise his discomfort at having his gonads flattened against the shoulder of a female, fifty pounds lighter, who was struggling to hang onto him. 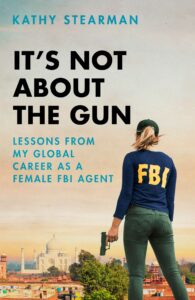 “Shut the fuck up! What do you think you’re doing to me?” I spat. I was hot, I was sweaty, and I wanted to get him off my back. But I was determined to make it down the field toward the finish line where I could see all my other classmates had finished and lined up to watch me stumble toward my goal, to dump Jared as unceremoniously as possible at their feet. We were told to run the distance of a football field with our partners on our backs. But there was no way I could have even broken into a trot with the solid muscular hulk of a Navy SEAL clinging to me. I was happy to get one foot in front of the other without my right knee giving way. I knew I still needed to make it through the last physical fitness test, which involved a two-mile run.

The fireman’s carry would culminate the hardest day in the latter half of training. It had started with a long run up Radar Hill. I can’t remember if the run was five miles or ten miles. Distance does not matter when carrying a medicine ball held out to either side, in front, or over our heads as the instructor yells out commands. By the time we made it to the top of Radar Hill, and headed down the other side, it was all I could do to grip the ball against my chest without dropping it. My delts and traps were on fire, my hands slippery with sweat. Just when I thought I couldn’t take another step, we arrived at an ops training course.

We were allowed to rest for only a few minutes, but I don’t remember being allowed to have water. Maybe my memory of water was superseded by the fact that all my clothing—navy nylon shorts, a workout bra, and a gray shortsleeved T-shirt, class emblem on the front and our last name handwritten in black marker on the back—were soaked with sweat. The mid-July summer heat and humidity of the Virginia countryside sapped every ounce of water from an already overheated and overtaxed system. My tongue stuck to the gluey roof of my mouth as I fought the urge to wipe the sticky residue of saliva from the corners of my lips. I wished more than anything in the world to bury my head, neck deep, in an ice-cold tub of water.

The ops training course consisted of several room-like sections barricaded from each other with plywood walls at least eight to ten feet tall. Within each “room” was a mishmash of loose boards, sawhorses, wooden platforms, rope and pulleys, some stretched over small water-filled ponds. We were divided into groups of six or seven and told that each “room” presented a task to be completed, working together as a team. While we talked and evaluated how best to accomplish each exercise, we were judged by an instructor standing off to the side, clipboard in hand. In between each room, we had to do a physical activity such as run the obstacle course across a gravel road from the ops training facility, drop and do sit-ups and push-ups, or run laps around the field. The point of the exercise was to judge our ability to make critical decisions while exhausted, thirsty, and stressed.

It was during one of these “breaks” from our ops training when I found myself carrying Jared on my back. When instructed to find a partner to practice the fireman’s carry, all the women in the class picked another female. I was the odd one out as there were nine females in the class.

As I reached the instructors all standing at the finish line, I let Jared slither onto the ground. I didn’t care if his balls were intact or not. All I cared about was getting his weight off my back so I could breathe. As I bent over with hands placed on my knees, trying to catch my breath without vomiting first, the instructors started to clap. One of them came up to me with a grin ear to ear, “Kathy, I can’t believe you just did that.”

My mind said, Fuck off before I puke on your shoes. Instead, I just looked up at him and nodded, taking the water bottle he held out to me. Not a bad prize for crushing the ball-sack of an aloof, arrogant, albeit friendly in his own condescending way, Navy SEAL.

The FBI Training Academy had turned out to be, surprisingly, not too dissimilar from what you would expect, including the extracurricular activities which are going to ensue when men and women, anxious, stressed and in phenomenal physical condition, are locked down in the same location for weeks. The running joke was that every person of the opposite sex started to look good after traipsing back and forth through the hallways, called gerbil tubes because they were encased in glass and connected all the buildings. There was no relief in sight for all the pent-up hormones until curfew was lifted and we were allowed a weekend away from the academy. I soon learned quite a few people hadn’t bothered to wait for that weekend away.

Every now and then I would go running with some of the girls in my class over to the Marine Corps officers’ training school. There is nothing finer than a shirtless, young, exceedingly fit Marine glistening with sweat, red nylon running shorts clinging to every muscle and curve. It was incentive to work out as often as possible.

Toward the end of our fourteen-week training, we spent more time at Hogan’s Alley, practicing various scenarios for arrests, conducting searches of homes and businesses, interviews, and surveillances. The FBI Academy hired several local actors and actresses to take part in our exercises so we could get a feel for what it was like to interact with the general populous once we graduated and went off to our assigned field offices.

On one particularly hot day, we had just finished with an arrest scenario and were taking a water break while waiting for the next to begin. Instead of our usual training gear—navy pants and light blue polo shirts—we were wearing business attire. That meant suits and ties for the men and skirts, blouses, and jackets for the women. I had on a melon-colored jacket and beige skirt, beige pantyhose and beige high heels. I thought lighter colors would give me some relief from the sun. I was wrong.

I was standing on a sidewalk, trying to find some shade in the overhang of a building when Jim started laughing and pointing, “Stearman pissed herself, Stearman pissed herself!” Jim sat next to me in class and I had become his “buddy.” I truly liked him, even if he had been a state trooper and thought he knew everything already. He was funny and irreverent and had a jokester streak in him that bordered on cruel and heartless. I didn’t necessarily like his mean streak, but he could always find a way to make me laugh. Being his buddy also meant I was the butt of his jokes. Most days I took it in stride and gave back as good as I got. But today I had had enough of his buzzing in my ear like a mosquito, tutoring me on what I was doing wrong.

I looked down at the front of my skirt where Jim was pointing. Streaks of sweat were running down from my knees into my shoes. Maybe I’m an anomaly, but my armpits don’t sweat. My back sweats, my cleavage sweats, my scalp sweats, but not my armpits. Perhaps as comeuppance, though, my kneecaps sweat like a fireman’s hose on full blast.

“My knees are sweating. Don’t your knees sweat?” My classmates, following this exchange, shook their heads.

“See, you pissed yourself,” Jim jeered as he continued to point.

Hot and annoyed, I said, “Fuck you, Jim, if you had to wear pantyhose in 95-degree heat your knees would sweat too. Just. Go. Fuck. Yourself. OK?”

So, when I yelled at Jim, his taunting stopped abruptly, his eyes wide. This was a Kathy he hadn’t seen before and he didn’t know what to say.

The next day in the classroom, he leaned over, touched his shoulder to mine and said, “You OK?”

“I’m fine, just don’t fuck with me anymore or I’ll fuck you up. OK?” I knew Jim meant no harm. He helped me in ways I could never repay. I also knew he felt that helping me allowed him a certain leeway to use me as his punching bag. But I had been punched enough. I was learning to fight back.

Kathy Stearman is a retired FBI Special Agent who spent several years as head of FBI offices in south-central Asia and China. This is her first book. 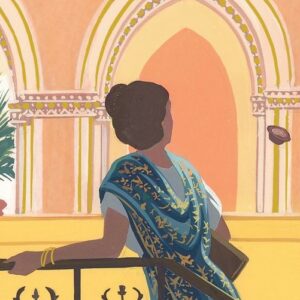 Another week, another batch of books for your TBR pile. Happy reading, folks. * Christine Mangan,...
© LitHub
Back to top