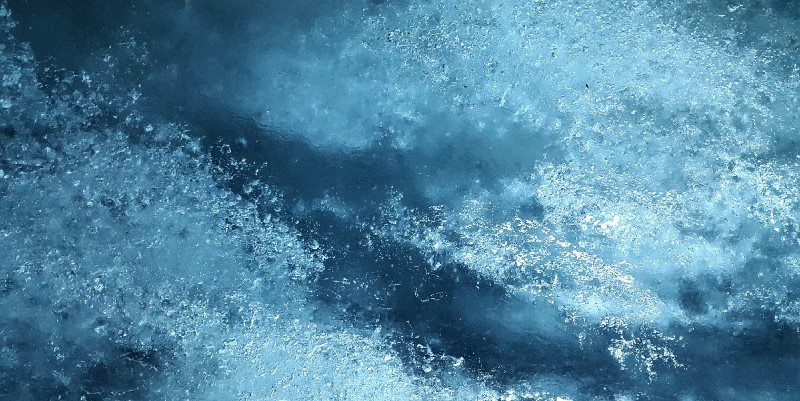 In 1650, Anne Greene was publicly hanged and ruled dead. She was an early marvel of "suspended animation."

Throughout most of our evolution, from when life began, death and the possibility of an afterlife weren’t conceptions on the table for contemplation. We simply didn’t have the capacity. Death was simply the end of one’s existence. Anthropological evidence indicates that humans began to have religious beliefs and to conceive of life and death relatively recently—between forty-five thousand and two hundred thousand years ago. These conceptualizations were essential to major shifts occurring in cognition and behavior that marked an era in human development known as the “great leap forward.” These shifts, rooted in the capability for complex, abstract thought and language, have come to define humanity and behavioral modernity.

Arguably, another existential conceptualization has come about even more recently, within hundreds, not thousands, of years. Involving an ill-defined intermediary state between life and death, it is often referred to as “suspended animation.” Although many historical sources provide context for its inception, a significant one involves some rather specific events that were recorded in the seventeenth century. Only now, however, do we realize that cold was a central character in these events.

Rather modestly, they surround the life of a young woman named Anne Greene, a twenty-two-year-old maid in Oxfordshire who worked for a man named Sir Thomas Read. According to historical accounts, she had an intimate relationship with Jeffery Read, the teenage grandson of Sir Thomas. Apparently Anne said that she “was often solicited, by fair promises and other amorous enticements.” She “at last consented to satisfy his unlawful pleasure,” an act in which she and Jeffery conceived a child.

Greene had been pregnant for around six months when one day she began to feel pain while mixing a vat of malt. She went to the “House of Office” (outhouse), where she gave birth prematurely to a stillborn child. Horrified, she buried the small body. Soon after, however, it was discovered. Anne was accused of infanticide.

She was sent to prison, and her punishment was decided by the court: public execution by hanging. The date of her hanging was set for the cold morning of December 14, 1650.

Hangings were more gruesome than you might think. Unlike scenes from present-day films depicting a quick death, real hangings were often considerably more drawn out. It was customary for friends and relatives of the condemned to try to hasten the death by pulling on their feet during the hanging. In a comprehensive 1651 account of Greene’s hanging, titled Newes from the Dead, clergyman and Oxford scholar Richard Watkins writes that Greene “was turned off the ladder, hanging by the neck for the space of almost half an hour; some of her friends in the meantime, thumping her on the breast; others hanging with all their weight upon her legs, sometimes lifting her up and then pulling her down again with a sudden jerk.” According to this account, their actions were so disruptive that they were reprimanded and ordered to stop.

When Greene was deemed dead, she was taken down from the gallows and placed in a coffin in a cold area. After about half an hour, her hypothermic body was presented to William Petty, an Oxford anatomist and surgeon, who intended to prepare Greene’s body for dissection, which was, at that time, legally practiced on criminal corpses. Incredibly, however, he detected a faint breath. It was followed by another, and another.

Once they confirmed the infrequent respirations, Petty and his colleague, Thomas Willis, began a lengthy and intensive attempt to revive and rewarm her. Their multipronged strategy to revive her involved several of the latest medical “advances”: tickling her throat with a feather; administering a tobacco-smoke enema to stimulate respiration; and an old-fashioned blood letting, which was more or less thought of as a humor-rebalancing cure-all. As for rewarming, she was rubbed, given hot medicinal spirits, laid in a prewarmed bed, given a heating plaster, and finally “cuddled up” with a warm, rotund female volunteer.

After all this, one wonders what may have caused Greene more harm: the hanging or the revival treatment. Astonishingly, she went on to a full recovery and was shortly able to return home. At the time, the law stated that if you survived a hanging, it was the result of divine intervention. Greene’s innocence was miraculously asserted by the very hand of God. With a smack of morbid humor, she was offered her coffin, which she accepted as a rather tongue-in-cheek memento of the event. Her story drew great interest, and she became a spectacle—someone who many believed had come back from the dead. She was greeted in public by crowds of curious onlookers who were awe-stricken upon witnessing a living miracle. Cleverly, Petty and Willis suggested that Greene ask the spectators to make donations so she could pay for her lodging and for the efforts the two doctors had made to save her.

Despite Anne Greene’s remarkable recovery, sadly she died five years later while giving birth—in a rather twisted, unfortunate irony. However, she has lived on, mostly in historical accounts, in medical texts, and as inspiration for literary fiction. Now, rather than assuming she was resurrected by the hand of God, scientists theorize that frigid conditions, perhaps in combination with the blows to the chest she received, may have played an essential role in keeping her alive after her hanging. A 2009 article from the Journal of Medical Biography states, “A combination of low-body temperature and external (pedal) cardiac massage after her failed execution, it is suggested, helped to keep her alive.”

In a hypothermic state she required relatively less oxygen. Consequently her respiration and heartbeat were reduced and went undetected, especially because she was already taken for dead.

But was her return an instance of resurrection, reanimation, revival, resuscitation, or just plain survival? Although medical knowledge wasn’t advanced enough to reveal that she was never actually dead, Watkins’s motivation for writing his account was to some extent a desire to remove the supernatural elements attributed to her “resurrection.” Rather than declaiming her reanimation a miracle, Watkins’s account focused more on the extent to which medical care was given by Oxford medics—care that resulted in a successful revival.

Greene’s story came at a time when medicine was becoming less of an art and more of a science. No longer were students learning primarily from the texts of Galen and Hippocrates. Instead, their education was increasingly sourced from books published within their own lifetime. The practice of experimental philosophy—scientific experimentation—was  becoming  central to discovery, understanding, and knowledge. The experimental philosophers at Oxford, where Greene’s body was sent to be dissected for exactly those purposes, were beginning to conclude from her mysterious survival that life and death as typically defined were perhaps not the only modes of existence.

Although they had no term for it at the time, these Oxford medics were conceptualizing a state of suspended animation. In this mode, an otherwise living organism can cease fundamental life-supporting processes, for durations normally considered to impose permanent or fatal consequences, including, for some species, heartbeat and respiration. Yet rather than resulting in death, the organism reanimates as its vital processes mysteriously return. Organisms undergoing suspended animation have been alternately identified both as living and as dead but returning to life. Cold is often crucial. Ultimately, through its fundamental deadening of atomic motion, cold is directly linked with slowing the life-supporting processes of heartbeat, respiration, metabolism, and brain activity to a point indistinguishable from clinical death. Suspended animation, in essence, was first observed by the English physician and experimenter Henry Power as early as 1663. In a series of exploratory experiments on nematodes, or “little white worms or snigs” (as he referred to them), that were commonly observed in putrefying vinegar, Power remarked on their ability to regain life after freezing: “All my little animals made their reappearance, and danced and frisked about as lively as ever. Nay I have exposed a jar-glass full of this vinegar all night to a keen frost, and in the morning have thawed the ice again, and these little vermin have appeared again and endured again that strong and long conglaciation without any manifest injury done to them; which is both a pretty and a strange experiment.” Although Power found the creatures “most remarkable,” he seems to have missed any profound implications regarding vitality recovered after freezing.

Power’s findings, however, were essential to cold science because they initiated a centuries-long succession of attempts by groundbreaking researchers to reanimate various organisms after they had been frozen. These experiments, undertaken to reveal fundamental aspects of life and death, were inspired by a plenitude of accounts regarding the revival of wild organisms, mostly fish, from seafaring laborers, fishermen, and even Arctic explorers. Even today, such experiments continue. As recently as 2018, scientists successfully revived forty-one-thousand-year-old round-worms, similar in kind to the worms studied by Henry Power, from the Siberian permafrost.

From Out Cold: A Chilling Descent into the Macabre, Controversial, Lifesaving History of Hypothermia by Phil Jaekl, copyright © 2021. Reprinted by permission of PublicAffairs., an imprint of Hachette Book Group, Inc.

Philip Jaekl is a cognitive neuroscientist and science writer. Aside from his academic publications he has written on topics related to neuroscience for The Atlantic, The Guardian, and Wired. He's also written for New York Magazine and has contributed feature-length essays to Aeon. Jaekl now lives in Tromsø, Norway.

The New Wave of Destination Thrillers 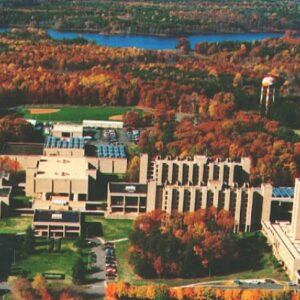 “You’re crushing my balls!” Jared whispered hoarsely into my ear as he clung to my back, my right arm between his legs,...
© LitHub
Back to top