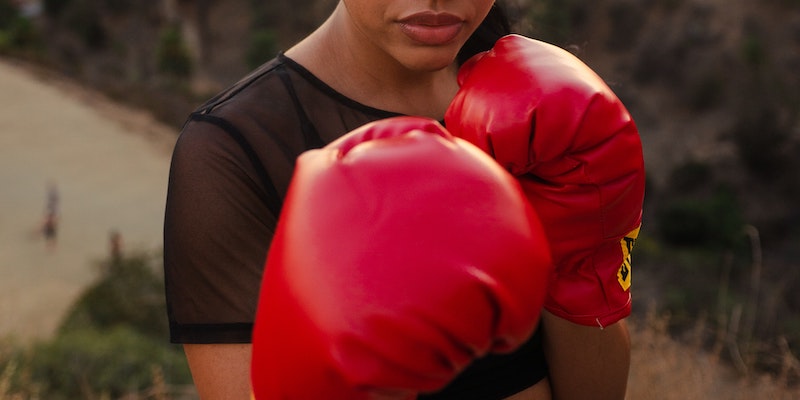 An Ode to Characters Who Just Keep Fighting

A new wave of psychological thrillers features women who never, ever give up.

One of my favorite things in the entire world is to lie in bed with the lights out, just the faint glow of my e-reader lighting up the edge of my pillow as I flip the virtual pages of a thriller that, by the end, leaves me gasping. I award bonus points if it keeps me up past my bedtime. That part doesn’t feel too great in the morning, when I’m fumbling to make that first cup of strong tea, but the rush is worth it.

The books that keep me up all night must have characters who, against their better instincts, must learn to be truly and deeply brave, especially when it comes to family. It’s even better if it would be easier not to change. One of my most recent favorite reads was The Push, by Ashley Audrain. Over the course of the novel, the main character, Blythe, has to figure out what it means to be a good mother. It’s a huge challenge, since she comes from a long line of bad ones. Add to that the suspicion that she has that her own child might be slightly—ahem—broken… Blythe, in order to survive, has to take on challenges she never signed up for by becoming a mother.

Well, my midnight gasps woke up my partner as I flipped the pages.

I also loved Lex in Girl A, from Abigail Dean. Lex has to struggle to get through a present tense that’s impossibly battered by the past tense she barely survived as a child. She comes from an actual House of Horrors, one that everyone else knows about. The tabloids can’t get enough of talking about her family. She, of course, can’t talk about any of it—but will she have to by the end? In order to survive and start to recover?

As a writer, these kinds of questions are catnip to me. I get to write the characters who keep other people awake, and I get to push them into impossible situations and then figure out how they can possibly keep going after what I’ve done to them.

Someone asked me recently, “But how do you come up with characters who can convincingly take on all challenges? How do you actually think them up? And how can you then be so cruel to them?”

Jillian Marsh, the protagonist of my newest novel, Hush Little Baby (Dutton, May 11, 2021) is an OB-GYN who has battled her way through alcohol addiction to keep the job she loves so much. She’s been sober for seven years as the book opens, and she’s pregnant with her wife’s biological child. She’s loving and tough and cheerfully stubborn. She’s also heartbroken, because her wife has left her for another woman, leaving Jillian struggling to figure out how to feel about her own pregnancy.

So yes, Jillian is pretty strong at the beginning of the book. She’s educated, and sober, and loves her challenging job.

In fiction, our characters have to change, and change in a big way, to please readers deeply. Have you ever been left with that niggling, disappointed feeling at the end of a book? Sure, it was exciting, and it kept you awake two hours after you should have turned out the light, but the ending—it just wasn’t enough somehow. It hit all the high points, and the final battle scene was important and exciting, but you’re still left feeling a bit let down.

That’s because the main character hasn’t really changed, hasn’t stepped into the full, embodied essence of herself.

In Hush Little Baby, Jillian starts out strong, but she has a secret: She’s just not sure about this whole motherhood thing.

After all, she’d never really wanted kids. It’s always been enough for her to have a bulletin board full of beautiful, healthy babies and growing children, the ones that belong to her grateful patients. Those are her kids. Jillian’s ex was the one who’d been dying to have a baby, but it turned out Rochelle’s body wasn’t able to carry a child.

Add to that the fact that Jillian was raised in a strictly religious sect by a woman who put more stock in serving her community than she ever did loving her own daughter. Much like Blythe in The Push, Jillian knows her own ability to mother on a deep, emotional level is stunted. How can she be something she’s never seen modeled?

She knows this is her weakness. Because it’s set up as her flaw at the beginning, the reader naturally hopes that will change over the course of the novel. And it’s my job as the author to keep the reader guessing how it will work out.

It’s a trope we love to see in books and movies, isn’t it? When Linda Hamilton as Sarah Connor morphs from a damsel in distress to John Connor’s gun-toting mother in Terminator 2, we stand on our chairs cheering her on. When Mia Farrow does what only a mother can do and comforts her grotesque child, she’s a true hero. When Sandra Bullock as Dr. Ryan Stone uses the memory of her daughter to propel her through impossible conditions in space in Gravity, we see her for who she is, inimitable.

Article continues after advertisement
The really interesting heroes are the people who didn’t see their own change coming.

But the really interesting heroes are the people who didn’t see their own change coming. The ones who accepted their own flaws as essential and unchangeable. I set Jillian up as a powerful woman living her day to day completely content with not being a parent. She was already strong and just fine as she was.

Thrown into a position where she has to decide how hard she’ll fight to keep the child who’s growing inside her, the one she’s actually ambivalent about—that’s what interested me most in writing this book. Jillian was a woman who didn’t need a child. Is it believable that it might change? Should it? Who does Jillian become if she shifts into being a woman she never predicted she could be?

As a writer, I like to apply super-heated stress to the emotional joints of my characters. It was a difficult trick to learn, since, like most writers, I’m a pretty nice person who cares about the people I make up in my head. Newer writers often find it incredibly difficult to throw their beloved characters into the boiling stew. Experienced writers wake up and grin, thinking about how they’ll apply a little torment to the imaginary people who live inside their heads. We have to shock and surprise our characters.

But with no spoilers, I’ll admit that Jillian surprised me right back. (I guess for all that torture I put her through, I deserved it.)

That surprise is the delicious part. That’s what keeps me turning the pages of the books I love reading, and that’s what keeps me reading until my eyes blur and my e-reader falls onto my face. Honestly, I love it when that happens, because it wakes me up and I can get a few more pages read before I’m dragged back to sleep again. 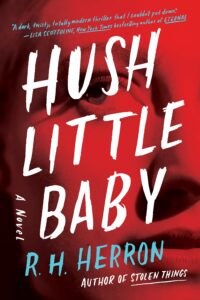 The Shape of Darkness 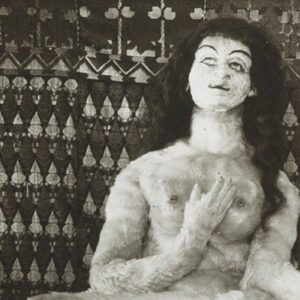 The scene had the air of a ritual murder. Her body was dressed in its best clothes, and paraded around for spectators to mock....
© LitHub
Back to top