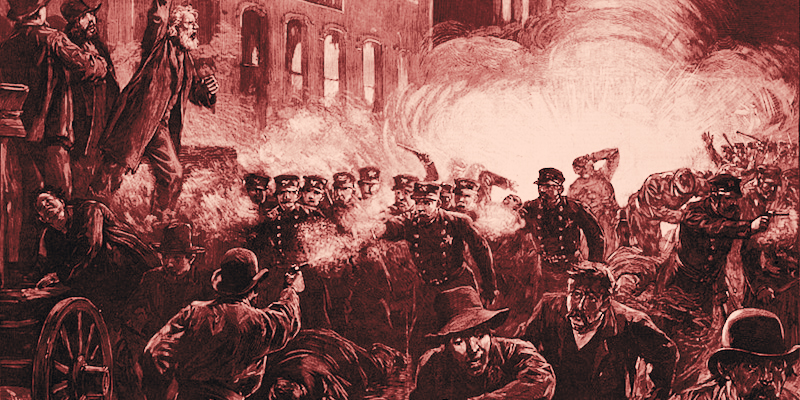 "Anarchism was born from the ugliness of industrialization"

At the Toronto Parliament of World Religions in 2019, I learned that the first Parliament was held during the 1893 Chicago’s World’s Fair. This caught my interest, because in Murder in Old Bombay, my characters Captain Jim and Diana travel to the States in 1892.

When I read that Indian sage, Swami Vivekananda attended the fair, I knew this would be part of my next novel. A towering figure in India, Swami Vivekananda introduced the western world to Vedanta philosophy, Hinduism and Yoga. He must have seen a bustling Chicago. Twenty-seven million people (almost half the US population) came to see the marvels of the world’s fair! When I learned that the World Convention of Anarchists gathered there that very summer, I was riveted by the possibilities.

Imagine a world without government, money, organizations. Today that sounds like chaos, apocalypse, and anarchy. However, the original proponents of Anarchism held a far different vision, one of brotherhood, fair pay and the dignity of labor that appealed to many thinking men and women.

Anarchism was born from the ugliness of industrialization, as factory jobs replaced much farm work. In smoke-filled cities people walked through horse-muck (before electricity), living on meager wages, without plumbing or sanitation. In this industrial nightmare, anarchists offered a return to individual dignity and craftsmanship.

One must not confuse Anarchism with communism. The first self-proclaimed anarchist (from the Ancient Greek anarkhia, meaning “without a ruler”), Pierre-Joseph Proudhon (1809–1865), was initially a friend of Karl Marx but split from the latter because “Communism replaces one set of rulers with another!” He favored workers co-operatives and credit-union style funding over nationalization of industry or farming.

The cultural freedom aspect of anarchism inspired great minds like Jean-Jacques Rousseau, and Émile Zola in France; Ralph Waldo Emerson, Henry David Thoreau, and Walt Whitman in the United States; Friedrich Nietzsche in Germany; and Leo Tolstoy in Russia. Picasso was a proponent and Emma Goldman, who helped popularize the little theatre movement in the States.

Brotherhood, a return to nature, and a stateless society must have seemed like utopia. Then the 1881 International Anarchist Congress adopted the strategy of Attentat! “propaganda by deed” — terrorism — to achieve it. Anarchist philosopher Prince Peter Kropotkin touted that a single attack could “make more propaganda than thousands of pamphlets.”

This brought a wave of terror: A bomb thrown at police in 1886 led to the Haymarket Riot, causing death and injury to over 70 policemen. In 1909, writer Frank Harris wrote that, “the whole American population was scared out of its wits by the Haymarket bomb. Every day the Chicago police found a new bomb. …I read in the Leader of New York that the same piece of gas-piping had already served as a new bomb on seven different occasions.”

The hysteria had much cause. It stemmed from anarchists’ bombings at a bustling Paris café, a piazza in Rome, the opera house in Barcelona. Explosions shook France’s Boulevard Saint-Germain and Rue de Clichy, killing many. Spanish police uncovered a plot to blow up the Congreso building. Dynamite was the new weapon of choice.

It wasn’t all abroad, either. In 1892, bespectacled young anarchist Alexander Berkman shot Henry Clay Frick, hard-driving manager of Carnegie Steel during the Homestead Strike. And it got worse. At the turn of the century, anarchists assassinated six world leaders, including the French president, the Spanish prime minister, the Italian King Umberto I and the empress of Austria-Hungary.

When I read Ray Ginger’s delightful biography of Eugene Victor Debs, I realized that anarchists had done a great deal of harm to the new labor union movement. The complex factions and intrigue this offered made irresistible plot points!

But something didn’t make sense: why would the city of Chicago agree to host the World Convention of Anarchists? A biography of Governor John Peter Altgeld held the answer. After the Haymarket Riot, Chicago had sentenced the Haymarket Eight—hanged four men, one died by suicide. But these men had alibis! They weren’t present when the bomb was thrown at police!

In January 1893, Governor Altgeld pardoned three remaining anarchists and released them from prison. They had served six years for writing “fiery stuff.” Remorseful, Chicago became a liberal town, allowing that workingman should be able to exercise free speech. Despite misgivings, the Anarchist gathering would be convened.

Anarchism had another dramatic impact on our institutions. At the 1901Pan-American Exposition, anarchist Leon Czolgosz shot US president William McKinley at point blank range. When he died a few days later, Vice President Theodore Roosevelt took his place. An organization was needed to counter the interstate reach of anarchism. At the time, the Justice department relied on detectives hired from the Secret Service of the Treasury Department and, for a while, private detectives. After a lengthy battle between Roosevelt and congress, the Federal Bureau of Investigation was born.

Anarchism had never had a single manifesto—its primary tenet forbade organizing. Now it splintered into a slew of factions with anti-war, anti-capitalist and anti-globalisation agendas. Nationalist and labor movements drew on it in Rojova in Northern Syria and the Kurdistan Worker’ Party. In the last fifty years, anarchism inspired many anti-globalisation, peace, squatter and student protest movements, including the 2011 Occupy Wall Street protest.

In Peril at the Exposition, Captain Jim is charged with infiltrating a group of disgruntled, unemployed workers and anarchists at the 1893 World’s Fair. His exploits are based on the life of Harry J. Wilson, one of the 1919 Seattle “Minute Men” who infiltrated the Industrial Workers of the World and four other labor unions. My character Captain Jim sympathizes with the worker’s plight but must uncover a plot to blow up the World’s Fair!

Many events described in Peril at the Exposition did occur. An unexplained fire led to the death of sixteen men at the Cold Storage building. On October 28th, 1893, Patrick Prendergast assassinated Mayor Carter Harrison Sr., corrupt politician and proud booster of Chicago. Harrison had bought the Chicago Times in 1891 and his son as its editor wielded immense influence over city politics. Prendergast was not charged as an anarchist, but this event worked into my narrative as well.

Writing Peril at the Exposition led me to the cultural underpinnings of today’s blue-red divisions. As I delved into the horrors of the Gilded Age, today’s widening inequalities of income and the argument to raise the minimum wage took on immense significance. As Hemmingway famously said, “The past isn’t dead, it isn’t even past.” 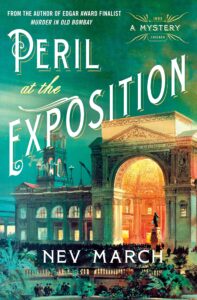 Nev March is the winner of the Minotaur Books/Mystery Writers of America First Crime Novel Award. Leaving a long career in business analysis in 2015 she returned to her passion, writing fiction. She is a member of the Mystery Writers of America and the Hunterdon County Library Write-Group. A Parsee Zoroastrian herself, Nev lives with her husband and two sons in New Jersey. Murder in Old Bombay is her debut novel.

The Search for the Funniest Crime Novel Ever Written 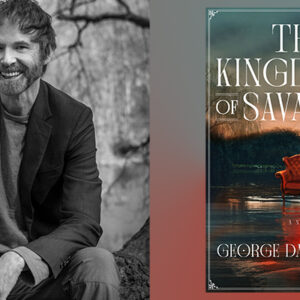 George Dawes Green is the founder of the Moth Radio Hour and the author of several thrillers. His latest novel, The Kingdoms...
© LitHub
Back to top